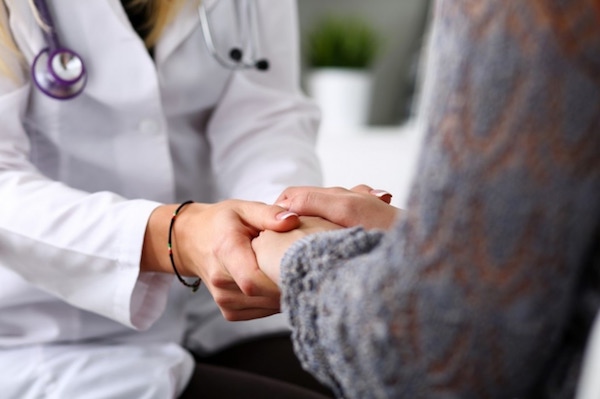 Business Insider explains one of the Republicans’ most egregious proposed changes in the tax code:

The Republican tax plan repeals an itemized deduction that applies to healthcare expenses. That’s key for families with high medical costs, like those dealing with chronic conditions that require medical devices and other expensive equipment. Right now, those expenses can be deducted from their taxes, but under the Republican tax plan, they wouldn’t be able to.

Under current law, individuals who spend over 10% of their income on medical expenses are allowed to deduct part of those costs from their taxes. The proposed new bill would remove that deduction. According to the Internal Revenue Service, for 2016 taxes, individuals were able to deduct in an itemized way “only the amount of your unreimbursed allowable medical and dental expenses that is more than 10 percent of your adjusted gross income [AGI].”

Who spends more than 10 percent of his or her AGI on medical expenses? Generally people at the end of life in nursing-care facilities, where many expenses are not covered by Medicaid or Medicare. CNBC reports:

“This would be a joke if the consequences weren’t so serious,” said Brad Woodhouse, campaign director of health-care advocacy group Protect Our Care, in a statement. “Republican leaders are determined to raise health-care costs for middle-class families who need it most — in this case people with high medical costs or those paying for long-term care.”

While it’s not a widely used tax deduction — about 5 percent of tax filers claim it — for the old and sick it can be significant.

It tends to be mostly … older people who do not have long-term care insurance, and end up in a nursing home,” said Richard Kaplan, a professor who specializes in tax policy and elder law at the University of Illinois College of Law.

The cost of living in a nursing home can easily run up to tens of thousands of dollars per year and wipe out the savings of elderly residents who are paying out of pocket. The deduction can be an important offset to taxes those Americans would owe on their retirement savings distributions.

“For people who are receiving long-term care and are paying for it themselves, this is going to be a huge deal,” said Kaplan.

Andy Slavitt, former head of the Centers for Medicare and Medicaid Services, tells me, “The medical deduction is one of the most popular and important tax credits, particularly for all of us as we age.” He adds, “It keeps many seniors and families out of bankruptcy when in need of end of life care. Ask anyone with chronically ill kids, parents, or spouses.” These are not only very sick, old people but very sick, old and non-rich people. (“AARP has calculated that about three-quarters of those who claim the medical expense deduction are 50 or older, and more than 70 percent have incomes $75,000 or below. Many of those expenses are for long-term care, which is typically not covered by health insurance. Long-term care can cost thousands or tens of thousands of dollars a year.”)

This move doesn’t recoup much revenue in the grand scheme of things. (“It will cost the government about $10 billion a year in lost tax revenues in 2018 and about $144 billion over the next 10 years.”) So why do it? Well, Republicans have given so many tax breaks to the rich and corporations that they are scrounging for ways to take benefits away from others.

Consider this: The giveaway to rich heirs by removing the estate tax and allowing heirs the “stepped-up basis” adjustment in assets comes to $300 billion. They are literally taking money from nursing home residents so that rich heirs won’t have to pay a dime of inheritance taxes on estates exceeding $11 million (for a couple).

Or think about elimination of the alternative minimum tax, something that costs President Trump and other very rich individuals millions or tens of millions. Repealing it would cost $695.5 billion. Literally, they are taking money from people in nursing homes so that Trump and people like him can pay less in taxes.

There’s only one word to describe this sort of trade-off: obscene.