‘The pandemic has waved death in our face. Mortality is now at the forefront’

Only Karen Hendrickson and Jo-Anne Haun, co-founders of Death Doula Network of BC (DDNBC), can approach the topic of death with the perfect balance of positivity, passion, and of course, dark humour.

“Back in the 1980s, Dr. Ruth talked about sex,” Haun said in a Zoom interview from B.C. “She brought education and humour to it and now our children are learning about it in schools. That’s what we would like to do with death.”

Commonly associated with births, doulas offer physical and emotional support. They often handle administration and act as a go-between for patients and medical staff to minimize stress for patients and their families.

But doulas also play a role in end of life. “Death doulas” not only fill the gaps between patients and the health-care system, but also bridge the gap between the health-care and funeral industry. Their work has become particularly important during the COVID-19 pandemic, which has isolated dying patients, interrupted death rituals and placed extra stress on families.

Hendrickson and Haun, who have been friends for 20 years, became death doulas together back in 2018. They founded the virtual group to start a discussion around death and dying for anyone interested in the death-positive movement.

DDNBC has grown quickly and continuously since their first virtual meeting in April 2020. The network now has close to 140 members throughout Canada and around the world. 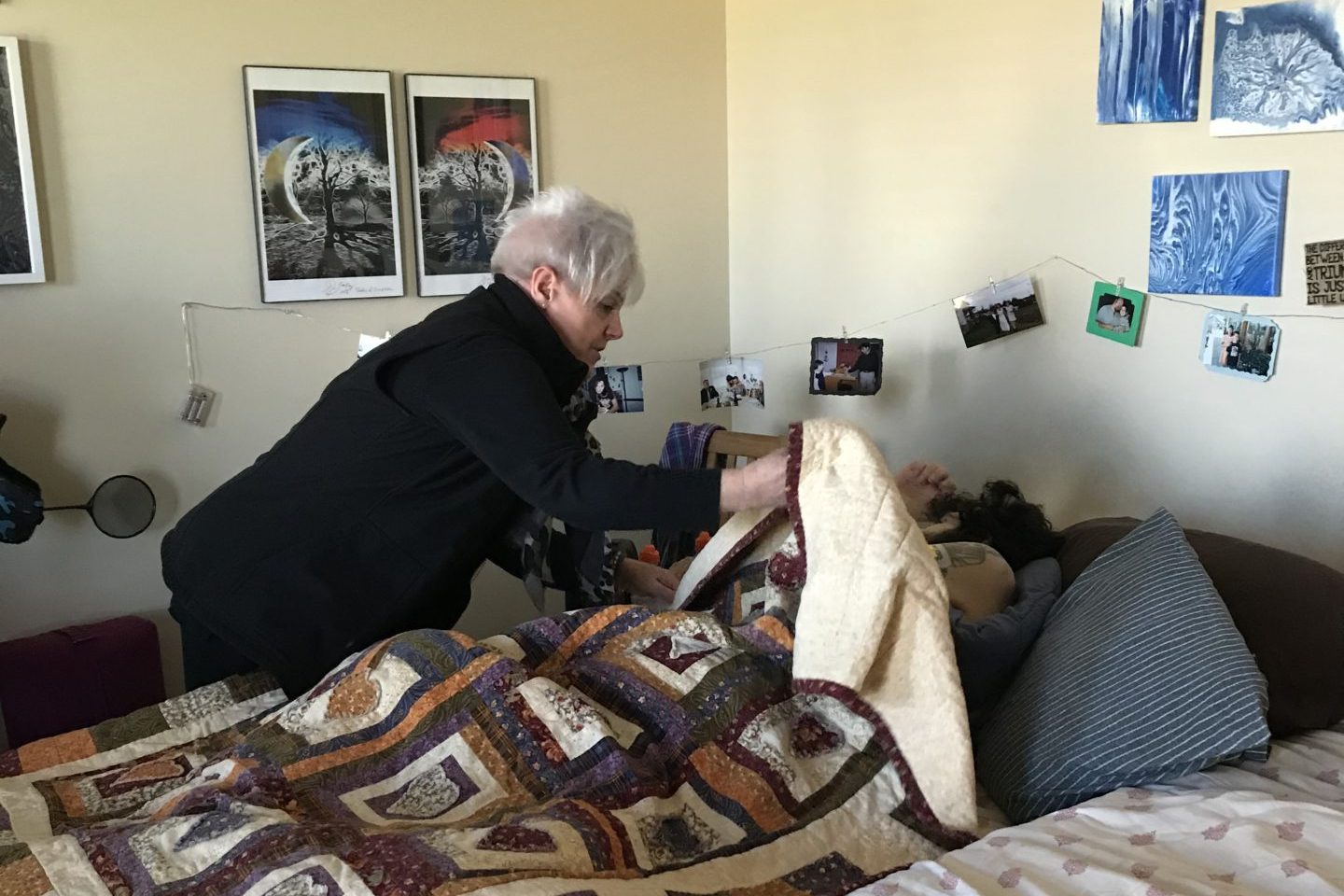 Gaps in the health-care system

Hendrickson and Haun have been part of the fight to include doulas within the health-care system to help fill some of the gaps between the system as its patients.

“You have likely heard of the rock metaphor before. Basically, The big rocks are the diagnoses. The medium rocks are your support people. The small rocks are your treatments. The sand in between the rocks is the doula,” Hendrickson said.

Things like confusing paperwork, new medical teams, and unfamiliar systems have a devastating emotional impact on patients and their families.

Hendrickson described an instance where a young patient with terminal cancer kept having to renew his burial permit but the medical staff continued to insist that it wasn’t important. That form is required by funeral services to take the person’s body from their home. Without an up-to-date form, the funeral service would refuse to take the body and the family would have to call the police.

“They would arrive with their sirens on and everything, and be forced to treat it like a crime scene because that’s their mandate,” Hendrickson said. “Imagine grieving families having to witness that.”

Ingrid Ollquist, based in Los Angeles, started as a birth doula in 2017, mainly supporting people through abortions and miscarriages. She decided to become a pre-planning and post-death doula after receiving emotional support from a doula mentorship program herself.

After a 10-year battle, Ollquist lost her mother to multiple sclerosis (MS). During this process, she was in and out of hospitals dealing with lots of administration with little support. As a death doula, she hopes to prevent others from experiencing this stress and isolation.

“It brought distance between my mom and I,” Ollquist said. “It was so frustrating to just live in logistical spaces with a person that you love that you can see dying in front of you.”

COVID-19 has changed how we die

COVID-19 has made the gaps between health-care and funeral industries larger. Government regulations restrict patients from having more than one support person when in a hospital.

For death doulas, these restrictions mean patients die without their loved ones by their side. Doulas and family members must connect with the dying patient virtually.

“A COVID death is horrific. It’s the worst. You are losing more than just life, but all end-of-life rituals,” Ollquist said.

Many memorial and funeral events have been cancelled, and burial and cremation services have been substantially delayed.

Olliquist hasn’t personally dealt with more clients but she has played a larger role in supporting other doulas. She says that many doulas are now experiencing death anxiety after witnessing numerous horrific deaths all over the world. People of all different ages are dying without family and without rituals.

DDNBC and Ollquist suspect that more people are going to be thinking about (and planning for) their deaths after the pandemic.

“The pandemic has waved death in our face. Mortality is now at the forefront,” Haun said.