A Simple Tool to Write Your Living Will 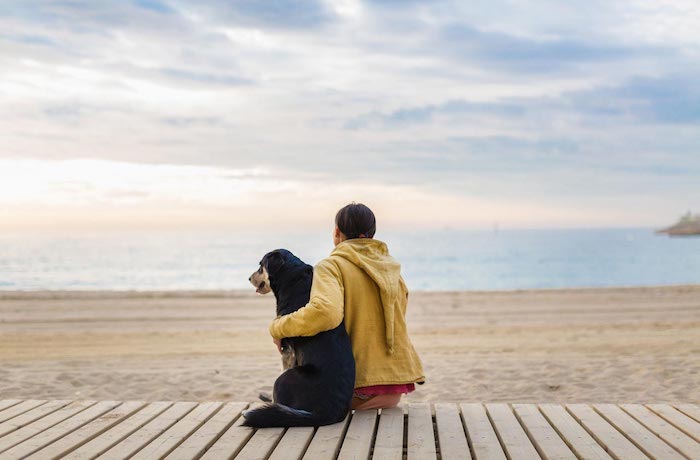 End-of-life planning is more than just what kind of care you want in your final days. It’s about such personal choices as who you want with you when the time comes and what will bring you and your family comfort and peace.

As a financial adviser, one thing I do is assist my clients with end-of-life documents that determine how their estates will be handled upon death. But there’s more to end-of-life planning than deciding who gets what and minimizing estate and inheritance taxes. There are also the emotional aspects of death to deal with … and those details can be more important than anything else.

Want proof? Ask anyone on their deathbed what they really want people to know.

Chances are good their answers will have nothing to do with the S&P 500 or the size of their portfolio. Instead, final thoughts tend to be about loved ones, missed opportunities and forgiveness for things that cannot be undone.

This is where Five Wishes comes in and why I interviewed Paul Malley — president of Aging with Dignity, the organization that created Five Wishes — on the Stay Wealthy Retirement Podcast.

In case you’ve never heard of it, Five Wishes is a document that lets you decide your final wishes as well as how you’ll be treated if you ever become seriously ill. The main point of Five Wishes is letting you make decisions about the end of your life just in case you cannot make them yourself. After all, you may wind up knowing months ahead of time that you’re at death’s door, but the worst can also happen in the blink of an eye.

How Does Five Wishes Work?

Think of it as a living will — or as a conversation piece you can use to collect all your end-of-life wishes in a single place. Five Wishes is a legal document in all states but eight. Alabama, Indiana, Kansas, New Hampshire, Ohio, Oregon, Texas and Utah all require their own official documentation.

Once you get started filling out your own Five Wishes document, you’ll have many important decisions to make. For example, you’ll be asked to name someone you trust to act as your health care agent, but you’ll also be asked to leave instructions for the types of medical care you want (and don’t want).

In addition, you get to make decisions surrounding your comfort, your dignity and other requests you have — no matter how specific they are.

Paul Malley told me during our interview that often the questions that seem the least important wind up impacting families most. Examples include questions regarding pain management and what it takes for someone to feel comfortable, clean and warm.

For example, would you rather die at home if given the choice? Do you want music playing? Do you want people with you?

“Those little things may sound small, but I can tell you from the messages we receive that this is where the true gift is,” says Malley.

Malley says he has heard many stories over the years that have proven just how important having a living will is, but one that comes to mind involves a gentleman who had a stroke and became incapacitated overnight. After speaking to the wife of this man (let’s call her Mrs. Smith) once final arrangements were made, Malley learned all the different ways Five Wishes made Mr. Smith’s passing more bearable.

After her husband’s first day in intensive care, for example, Mrs. Smith noticed in her husband’s Five Wishes profile that he wanted pictures of his grandchildren in the room. Reading that detail, she suddenly felt good about leaving him long enough to go home and get cleaned up, knowing she could bring back all the family photos he wanted to be surrounded with.

At one point, there was a disagreement among her children over whether their father should be taken off life support. But thanks to the details in the Five Wishes document, the entire family learned together that he didn’t want to remain on life support if doctors were sure he would never “come back.”

Thanks to Five Wishes, they all left the room in agreement to do “what dad wanted” — a result Mrs. Smith says would have been unlikely if her husband hadn’t formally expressed his wishes himself.

Finally, Mr. Smith had taken the time to note in his living will that his family members should make peace with each other before he died. The couple’s two sons spoke after a long-term estrangement as a result, which brought Mrs. Smith an immense amount of peace at a very trying time. Not only did she get to see her sons begin speaking again, but she knew her husband’s final wishes were being fulfilled.

This is a good example of how a living will can be much more than a legal document — it can be something that “hits in the heart and soul,” says Malley.

In the end, Five Wishes helps us understand that life is about a lot more than money.

How to Get Started with Five Wishes

If you’re on board with creating a legal document that contains this important information, there’s no reason to delay creating a Five Wishes document as soon as you can — and no matter your age. Unfortunately, it can be difficult to get your family to talk about death in any capacity when they’re just not ready to or have no desire to.

Malley says sometimes it takes several tries for people to get their parents or spouse to make end-of-life decisions regarding their health care, their comfort and their final wishes — but it’s important enough that it’s worth trying as many times as it takes.

If you’re worried about how your family members will react if you broach the subject, consider filling out your own Five Wishes document then asking your family members to talk it over with you. This may prompt them to think over what they will want when the time comes, and it can be a “softer approach” that makes it easier to bring up matters as sensitive as death.

Whether for yourself or someone else, you can access a few different versions of Five Wishes — a hard copy format or an online version. Both options are $5 each, although you can order Five Wishes for as little as $1 per document with a minimum order of 25.

Malley says that, if you already have an advance directive set up, you can use Five Wishes in conjunction with your other documents. Still, you should take the time to go over all your end-of-life information, but especially if your situation has changed over the years — if you were divorced, remarried or your health has deteriorated.

If you live in a state where Five Wishes isn’t recognized as a legal document, you can still fill it out and use it alongside with your state’s form. Fives Wishes even offers specific instructions on how to use both your state form and this document successfully on their FAQ page.

At the end of the day, people should be able to explain their end of life wishes in their own words, says Malley. They should be given the time and space to decide how they want the end of their life to look, what kind of care they want to receive, and who they want by their side.

When you don’t make these decisions ahead of time, you’re agreeing to let the chips fall where they may. This may or may not work in your favor, but one thing is for certain — you won’t get a second chance.