He wants to thank the staff for their compassion. 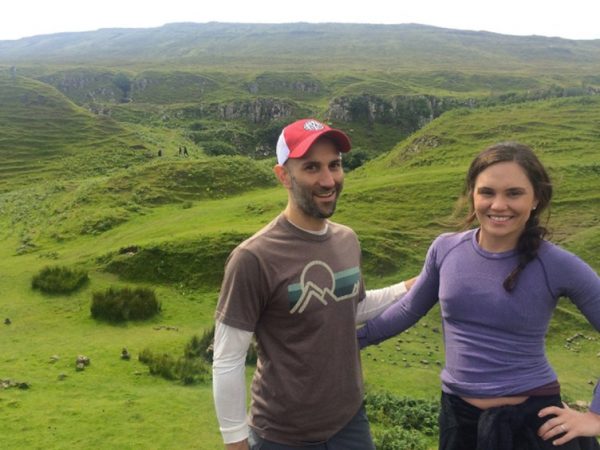 Last month, Laura Levis died at just 34 years old after suffering a devastating asthma attack. Her husband, Boston-based writer Peter DeMarco, has been sharing tributes to Levis on Facebook since her passing. One such tribute was a thank-you note to the staff of CHA Cambridge Hospital in Boston, where Levis spent the final days of her life. The New York Times republished the letter, and it has since gone viral, touching the hearts of thousands of readers.

The letter opens with DeMarco noting that he still remembers the name of nearly every medical professional who cared for his wife in the hospital. “As I begin to tell my friends and family about the seven days you treated my wife, Laura Levis, in what turned out to be the last days of her young life, they stop me at about the 15th name that I recall,” he wrote. “The list includes the doctors, nurses, respiratory specialists, social workers, even cleaning staff members who cared for her. ‘How do you remember any of their names?’ they ask. ‘How could I not,’ I respond. Every single one of you treated Laura with such professionalism, and kindness, and dignity as she lay unconscious.”

DeMarco continued to describe the extraordinary compassion the staff exhibited towards him, his wife, and his family in what was possibly the hardest week of his life. He explained how the doctors and nurses made Levis’ father, a doctor himself, feel involved in the decisions surrounding her care. He expressed gratitude for the staff’s willingness to break hospital rules so that the couple’s cat could pay one last visit to Levis in her room. DeMarco also admired the staff’s thoughtfulness in keeping him company when he needed it most. DeMarco went on to expressparticular gratitude over a night when Levis’ family and friends stopped by to say their goodbyes:

“One special evening, you gave me full control to usher into the I.C.U. more than 50 people in Laura’s life, from friends to co-workers to college alums to family members. It was an outpouring of love that included guitar playing and opera singing and dancing and new revelations to me about just how deeply my wife touched people. It was the last great night of our marriage together, for both of us, and it wouldn’t have happened without your support.

In an especially powerful verse, DeMarco thanked two nurses for providing him with a special final hour alone with his wife. “There is another moment—actually, a single hour—that I will never forget,” he began, before explaining that on the final day of Levis’ life, DeMarco was hoping for some time alone with her. He asked Levis’ nurses, Donna and Jen, if they could help him set up a hospital recliner next to her bed. Instead, the two nurses shifted Laura further to one side of the bed so DeMarco could lay beside her, and gave the two an hour alone together.

“I nestled my body against hers,” DeMarco wrote. “She looked so beautiful, and I told her so, stroking her hair and face. Pulling her gown down slightly, I kissed her breasts, and laid my head on her chest, feeling it rise and fall with each breath, her heartbeat in my ear. It was our last tender moment as a husband and a wife, and it was more natural and pure and comforting than anything I’ve ever felt.” What a beautiful act of kindness by two incredible nurses. The entire essay, which can be read at The New York Times, is full of heartfelt compassion. Our thoughts are with DeMarco and with Levis’ family as they grieve her passing.