A nonprofit group, the Urban Death Project, is seeking what it calls an ecological alternative to disposing of dead bodies by transforming them into soil to be used to nourish trees, flowers and memorial gardens. 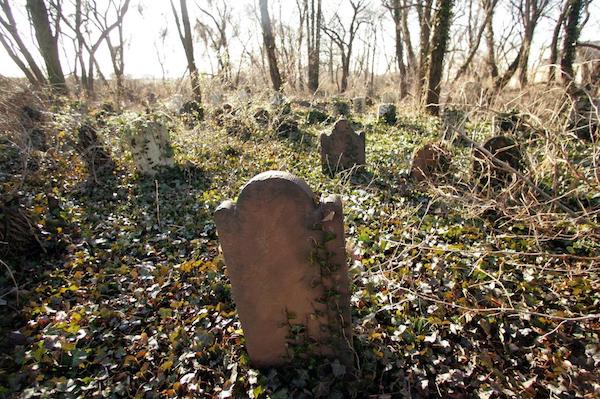 [W]ashington State University is acquiring the necessary approvals to test equipment to compost human remains at one of its facilities in what is bluntly being called the Urban Death Project.

Founded by Seattle-based designer Katrina Spade, the Urban Death Project is a registered 501(c)3 nonprofit organization that seeks to create an ecological alternative for the care of the deceased by returning their bodies to the earth through a process she calls “recomposition.”

Lynne Carpenter-Boggs, associate professor for WSU’s Department of Crop and Soil Sciences, said the project team is in an exciting yet boring phase of seeking necessary approvals to conduct such research on WSU’s campus.

Carpenter-Boggs and Rick Finch, manager of the WSU Waste Management program, both sit on the project’s technical advisory team, which consists of several other professors, morticians, anthropologists and authors from across the country.

The WSU Compost Facility has received modifications to its air quality permit from the Washington State Department of Ecology that would allow it to conduct a pilot study of composting human remains in part of the university’s existing 66-foot-long, in-vessel composter.

The approval order for the permit modifications will be issued in a week or two, Robert Koster of the department’s air quality program wrote in an email.

The facility, at the end of Dairy Road in Pullman, already converts animal carcasses and entrails, as well as animal bedding and manure, into compost.

Air emissions from the composting of human remains are not expected to change from those of composting other animal carcasses, according to a notice from the state Department of Ecology.

The project has also been approved by state and county offices for the state Department of Health’s Office of Environmental Health and Safety, said Marta Coursey, director of communications for WSU’s College of Agricultural, Human, and Natural Resource Sciences.

Still, several WSU scientific committees, the dean of CAHNRS and the WSU vice president of research must review legal and ethical issues, biosafety protocols and other aspects of the research before it can move forward. A verdict is likely to come in by the first or second week of October, Coursey said.

Were the project to move forward, the compost facility’s in-vessel composter would be divided into three 22-foot sections to isolate the study from other composting activity.

Koster said the department received no comments for or against the project during a monthlong public comment period that closed Sept. 15. The university published a legal ad about the comment period, but issued no news releases about it.