How do we change that? 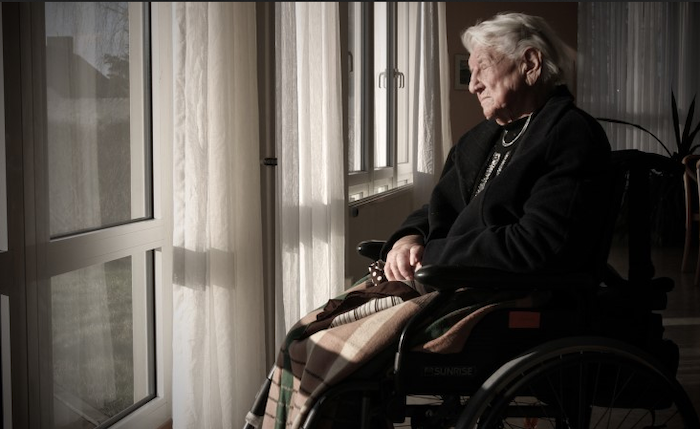 COVID-19 has taken away our ability as a society to avoid the topic of death. But we’ve needed to improve our ‘death literacy’ since well before the pandemic hit.

For years, we kept death at arms length. We awkwardly avoided it, looked the other way, and hid it behind layers of euphemism.

But since January, death has been inching closer, a drum beat in the back of our minds getting louder as COVID-19 spread around the world. Body counts became the focus of every news update. Field hospitals in Central Park. Mass graves in Italy. A gnawing sense that within weeks, this could happen here.

In the United States, deaths started losing their meaning. The numbers quickly dwarfed 9/11, then Vietnam, then every war combined since Korea. While 189 Australians have died, and the numbers keep rising through Melbourne’s awful outbreak, there’s still a sense of distance. People die from COVID-19 in hospitals, and nursing homes, far away places we can easily ignore.

But with COVID-19, the issue isn’t who dies, or where they die, it’s often how they die. And that is something we, as a death-averse culture, might not be ready for.

A death with dignity

For a culture where talk of dying is so taboo, so many of us want the same thing — a death with dignity.

A good death, says University of Wollongong Associate Professor of General Practice Joel Rhee, can be hard to achieve. But what is key is having a sense of control.

“It’s a death where you’re in an environment where you’re surrounded by people you love. You’ve got some dignity about how you’re going through the last few months,” says Rhee.

“It’s when your concerns, fears, psychological and spiritual needs are taken care of.”

COVID-19 takes away all that. The virus robs people, no matter their age, of any sense of control over their final days.

People die slowly and painfully, choking to death in near silence. They die alone, isolated from friends and loved ones, with exhausted health workers draped in PPE. And when they go, the atomising force of the virus disrupts the post-death rituals that give loved ones the closure they need.

Funerals are restricted to just a handful of people. The whole process of collective bereavement, gathering under one roof to hug and cry, is suddenly too risky. When residents died at St Basil’s in Melbourne, their families couldn’t even enter the facility to collect their belongings.

It’s that loss of dignity and control, that isolation from loved ones, that make the cynical calls to let the virus rip seem all the more callous. Deaths from COVID-19 aren’t just numbers on a spreadsheet. They’re real people, with families who are robbed of the chance to do right by them.

Jennifer Philip, chair of palliative medicine at the University of Melbourne, says the pandemic has made the job of supporting people in their final days so much more challenging.

“A big part of what we do in palliative care is communication and supporting families. But that’s all done remotely, behind layers of PPE,” Philip says.

“When you’re doing telehealth, many of the usual gestures we use are not visible. And there’s a lot of work with connectivity — using iPads and technology that older people may not be comfortable with.”

We need to talk about dying

But even before the pandemic hit, what stops people getting a good death, according to Philip, is our inability to talk about it, often till it’s too late.

“We don’t talk about it in a meaningful way, or grown up way. Certainly not in a nuanced way,” she says.

That’s something Jessie Williams wants to change. She’s CEO of the Groundswell Project, a not-for-profit that is trying to change the way Australians talk about death.

Once upon a time, Williams says, death was sudden and it was everywhere. But as we got wealthier, as medical science advanced, we were better able to draw out our final years, and push it away.

“We don’t see death, we don’t touch it and we don’t smell it,” Williams says.

Williams, who works with businesses, and runs public campaigns, to promote what she terms “death literacy”, says she’s felt a bit of a change during the pandemic.

“We’ve been overwhelmed — we’ve seen more engagement from new people coming on board.

“We’ve had more people coming forward for end of life planning workshops, more people are reaching out to access materials.”

In his work as a general practitioner, Rhee says he’s had more patients wanting to talk about death. They’ve seen the numbers, and the pictures. They don’t want to go like that.

“They see people passing away, and they think about it a bit more,” he says.

The pandemic has upended our lives so much in under a year that it’s hard to tell what will stay entrenched. Even habits like social distancing and hand hygiene, so much a part of our conversations in March, seem to have fallen by the wayside a little.

But perhaps this period, where death is everywhere, could start to subtly rewire how we view the end.

When we understand pain

Sometime around the 4th or 5th Century BCE, in what is now Nepal, there lived a prince. Raised amid total luxury, the prince’s parents did everything to shield him from nasty, brutish and short life outside the palace grounds.

If you can believe it, the prince didn’t leave the palace till he turned 29. The first thing he saw when he’d snuck out was a man whose body was crippled by ageing. He’d never seen old age. Next was a sick man. He’d never seen disease. The prince then came across a funeral procession. He’d never seen death either. The last thing the prince saw was an ascetic — a man who’d given up life. The prince returned troubled by what he saw. The next day, the man who would become the Buddha gave up everything. Jarred by suffering and death, he chose to live the life of an ascetic.

One moral of the Buddha’s story is that the experience of death, of realising the depths of human suffering and the limits of our own mortality, can change us. Like the Buddha, many in the affluent West grow up insulated from death. And while grappling with our own mortality doesn’t necessarily produce such a radical transformation, it at the very least produces conversations and feelings we might not otherwise have.

Philip says when people start talking about death, it can be a moving, humbling and relieving experience. Often, the conversations they have aren’t laced with morbidity. Instead, they’re often far more mundane. People talk about what they value, and, at a time when they’re at their most mature, decide what matters to them.

Perhaps this is the way into talking about death. Because so much of our discomfort around dying is part of a larger, more innate human difficulty with talking about things that are inconvenient. We like to sweep uncomfortable conversations under the rug and forget about them.

The sooner those conversations about who or what matters to us happen, the better. As Philip says:

“You have to tell people you love them, or you forgive them, or you thank them. If those things are unsaid that’s a great tragedy for those left behind.”