An architect comes up with a surprising way to be productive one last time.

Katrina Spade started thinking about her mortality when she hit 30, while studying architecture at the University of Massachusetts Amherst. What would she want to happen to her body after she died? she wondered. A traditional burial was out. She didn’t like the idea of putting her body in a casket, “pumped full of formaldehyde.” “I guess I’ll be cremated,” she thought, envisioning her ashes being scattered in beautiful New Hampshire, where she grew up, or maybe over the ocean. 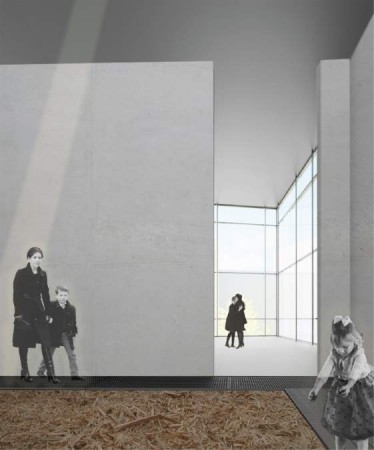 Then she started musing over the notion of a “natural burial,” a phenomenon that has caught on in the past 10 or 15 years, helped by its starring role in one episode of the popular mid-’00s TV show Six Feet Under. Bodies skip the embalming process and are placed into the ground wrapped in a biodegradable cover—a simple pine coffin, perhaps, or even a cardboard box. Spade liked the idea of getting “bodies back to the earth as quickly as possible.” The problem was that natural-burial cemeteries are usually located outside cities, where there is more land. And Spade considered herself a devoted city dweller, even in death.

Could there be an urban alternative? This, she thought, was a design problem. And, as an architecture student, design problems were her métier.

So began Spade’s work on what she calls the “Urban Death Project,” which turned into her thesis. Its central idea is so radical, so contrary to deeply ingrained notions about how we treat our dead, that she knows that one wrong word used to describe it will turn people off. But there’s only one plain way to put it: Our bodies would be composted. Turned to dirt, spread on gardens, used, as Spade sees it, for something “productive one last time.”

Radical or no, her vision—which she kept refining after graduating, moving to Seattle, and taking a design job with the nonprofit architecture firm Environmental Works—is getting some traction. Late last month, the New York foundation Echoing Green awarded Spade an $80,000, two-year fellowship that will allow her to work on the project full time and build a prototype in the Seattle area.

“We recycle everything, why can’t we recycle ourselves?” asks Nora Menkin, who has heard Spade talk about her idea. Menkin is the managing director of Seattle’s Co-Op Funeral Home of People’s Memorial, which seeks to provide affordable cremations and burials and help families explore alternatives to the norms developed by the heavily commercialized funeral industry. 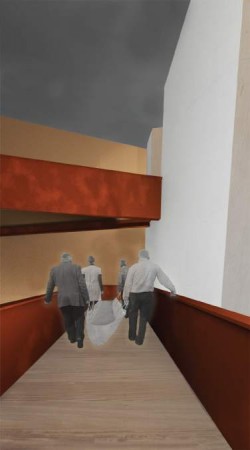 Spade is not the first to float the idea of composting bodies, according to Lynne Carpenter-Boggs, a Washington State University agriculture professor who has long worked on composting projects. But, she says, “This is certainly the most serious and socially appropriate trial I’ve heard about.” By that she means that Spade’s project tackles not only the mechanics of composting bodies, but also our need to create meaningful ceremonies around death and to treat the remains of our loved ones with respect.

“I’m asking people to accept that we don’t all need our own space when we die.”
Spade, speaking by phone last week from Rhode Island, where as it happens she was attending a memorial service for her grandmother, explains that she sees one of her chief jobs as “making this an incredibly beautiful experience for people.” The model she has come up with, pictured in drawings that can be seen on her website, involves a four-story building that would have a series of ramps connecting each floor. The vertical model saves space; Spade envisions it needing no more than a plot of land suitable for a small apartment building. Crucially, though, the structure also plays a ceremonial role, as loved ones would walk the body up the ramps in ritualistic procession.

On the third floor, the family would pause and the body would be wrapped in linen. Spade envisions a “death midwife” taking the lead here. Death midwives, also known as “home funeral guides,” are another product of the movement to reclaim life’s end from the industry that has grown up around it, according to Menkin, who took a California workshop to train for such a role herself. Midwives clean and prepare the body for what comes next, often working with family members who want to help—the process that Spade sees happening on the third floor of her center.

Then, family members would walk the body up to the top floor. Here, they would lay the body on what Spade calls “the core”—the compost pile of bodies that would be mixed with wood chips and sawdust in a formula that fuels the decomposition process. Our bodies in themselves are a great start, full of “nutrients” that microorganisms love to eat, according to Carpenter-Boggs, who adds that it’s this feeding frenzy that produces the energy crucial to the process.

Spade acknowledges that this communal pile, rather than individual plots of land or a cherished urn, is a psychological leap. “I’m asking people to accept that we don’t all need our own space when we die.” 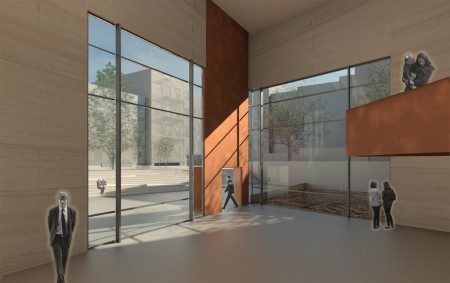 And what about the smell? Spade says that’s the first question she gets—a crucial one, because foul odors are a big problem at many composting facilities. Local composting giant Cedar Grove has faced community complaints about that for years.

Spade says she’s confident that won’t be an issue with her death centers, pointing to the process used to compost livestock animals. Carpenter-Boggs, who’s helped pioneer the practice at WSU with the university’s farm animals, explains that there are fewer fumes than at commercial facilities because animal composting doesn’t involve rotting garbage. Commercial faculties also sometimes use smelly manure as additives to the compost pile. That practice would be avoided when dealing with humans, says Carpenter-Boggs, who is working as an informal consultant to Spade.

The professor imagines the death centers, which would use neutral or even sweet-smelling additives, smelling “like a garden.” Indeed, Spade hopes city dwellers will treat her sites as if they were such, strolling through on their lunch hour, for instance.

Still, there’s no doubt she’ll have to overcome what Menkin calls “the ick factor.” The co-op funeral home director says marketing will be key.

Spade has got a start on that. She makes the environmental arguments for composting, noting that it won’t take up arable land, require “toxic” chemicals as embalming and burial does, or use the 30,000 cubic feet of natural gas that she says it takes to burn a single body. If some might bristle at that approach—Michigan funeral director Thomas Lynch quipped to The New York Times, writing about natural burials a decade ago, that one must now be a “politically correct corpse”—Spade also has a financial case. She says composting should cost far less than either burials or cremations.