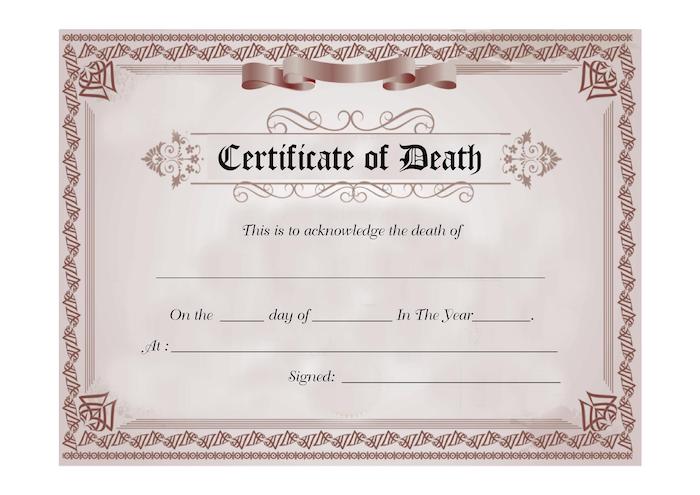 Every medical student has felt apprehensive about facing death at some point, right? Maybe you have experienced someone dying before, or maybe it is something you have never seen and only rarely contemplated. Regardless, there is a subtle tension lurking during your first two years of pre-clinical studies, during which disease and death are intellectualized and abstract. Then clerkships start. Working throughout the hospital, you feel that death is lurking just around the corner. It is palpable. It is hearing a code blue being called on the overhead speaker. It is entering the room of a comatose patient who is technically “alive” but not truly “living.” Whatever one’s experience has been with death, I am confident I am not alone in having felt apprehension and anxiety towards the idea of watching a patient die for the first time.

I managed to get through half of my third year without even being near a patient who died. As I began my rotation in trauma surgery, my anxiety towards the experience had evolved into dread. I was certain that whenever I did finally see someone die, it would surely result in panic. In a weird way, I wanted to just get it over with. I could hear one of my professors saying, “we all go through it, it is best to just rip the band aid off.” As it happened, on just my second night of trauma surgery, a level 1 rolled into the bay. Five gunshot wounds – one to the arm, one to the leg, three to the abdomen. He was in and out of consciousness by the time he got to us. When he was able to speak, he only sputtered out short phrases about being scared. In almost no time, he was sedated, intubated and on his way to the OR. We scrubbed in as fast as we could.

The operation lasted five hours, but it felt much longer. For the most part, it never really looked good. His bowels were shredded from bullet fragments and every time we closed one bleeding artery, we found another. It seemed no amount of epinephrine or fluids could keep his blood pressure up. About two hours into the operation, he coded. The attending surgeon barked an order at me and I started doing chest compressions. They defibrillated him. He still had no pulse. Back to compressions. I felt the crunch of his ribs fracturing beneath my palms. My face shield fogged up from my own labored breathing and I felt sweat building up in my skin-tight surgical gloves.

“This is it, this is the first patient I will see die.” The thought crept into my head for a split second, but there was no time for those thoughts or feelings — I had to do more compressions and another shock. Suddenly, he had a pulse! A brief wave of relief came over me. We operated for another hour, but despite our efforts, his pulse continued to become slower and weaker with each passing minute. Eventually, we found a hole in his aorta and it became clear to everyone in the room that there was likely no way to prevent this man’s death. Yet, we recognized the importance of striving towards the one-in-a-million chance to save a life; so, we continued to work.

But after another hour, the surgeon received a call. A child had fallen from a tree and required the team’s attention in the operating room across the hall. There was no longer the time or resources to work towards that miniscule chance of survival for the person on the table in front of us. The surgeon called off compressions. We stopped plugging holes, most of which at this point had little blood left to spurt out. Most of the team ripped off their surgical gowns, and hurried off to start the routine over again next door. Suddenly, the only people in the room were me, an intern, a nurse and this man on his literal death bed.

His heart was barely beating, a mere technicality keeping him alive for a few more moments. My job was to keep my hand on his aorta and notify the surgeon when there was no longer a pulse so he could call the time of death. All of the monitors had been turned off and the room was silent. I held the now deflated tube of tissue between my fingers, closely focusing to detect the weak, irregular pulsations coming from a desperately failing heart.

Now, there was much more time and space for that dreaded thought to creep in. Surely, this is when I would recognize the reality of the situation and panic from the experience of witnessing death so intimately. Yet surprisingly, fear and dread were hardly present. Rather, I was simply sad. I was sad for this man I knew nothing about whose life was violently cut short. I was sad for his friends and family. At the same time, however, I was proud. I was proud to be feeling for this dying stranger rather than wrapped up in my own anxieties about death. More importantly, I was proud to have been part of what felt like the best effort possible to save this man’s life. My thoughts were interrupted when I recognized the stillness of the aorta. It was over. The surgeon came back to call the time of death and we sutured his wounds as neatly as we could. Even throughout this routine, I felt the gravity of the task at hand. My sense of pride persisted, knowing that we were still working hard to make the coming experience for his loved ones at least slightly less traumatic.

What made facing death more tolerable that day was the efforts made along the way. Feeling powerless is perhaps the most overwhelming aspect of death. But it is now abundantly clear that small efforts in the world of medicine provide a certain sense of empowerment and peace even in the face of horrific and inescapable outcomes. What I will remember from my first death is that we worked to provide a fighting chance and maybe even some eventual comfort to his loved ones. Efforts like these provide clinicians hope for a better outcome next time, or at least help a family find some peace knowing that everything possible was done. They preserve patients’ dignity in both life and death. Now, I am sure that feelings like fear and anxiety will oscillate throughout my career — after all, medicine is imperfect, things go wrong and people suffer despite our best efforts. I recognize now, however, that the best way to combat our sense of powerlessness when facing outcomes which are out of our control is to appreciate the small differences we are able to make. Ultimately, these seemingly-minimal differences give medicine its meaning, make the hard times more tolerable and more broadly, make this a field I am proud and confident to be joining.