A skeleton without arms watches over the side door of one of the most beautiful baroque temples in Mexico.

The temple of Santa Prisca, erected in 1758, is considered one of the most magnificent Churrigueresque churches in Mexico. Built in just seven years, the rose-colored church boasts two towering belfries, a nave, a chapel, and a small ossuary. To guard it, a sculpture of a skeleton brandishing a scythe was placed over the side door.

This part of the church is believed to have been used during the processions of the Cofradía de la Buena Muerte (Brotherhood of the Good Death), a religious group that prayed for souls stuck in purgatory and financed religious death and dying rites and ceremonies.

The street from which the skeleton can be seen was once called “Calle de la Muerte,” or the street of death. Local lore has it that, in 1914, a revolutionary set fire to the shop of a wealthy businessman. While making his escape, he allegedly tripped and landed on his gun, which accidentally fired and killed him instantly. Since then, the street and the skeleton have become even stronger emblems of mortality, inspiring fear in those who cross them.

According to legend, a commuter who had to pass beneath the skeleton each night on his way home from work was so afraid that this eerie representation of death would pursue him that he removed the arms from the skeleton. Since then, the skeleton has remained without a scythe, nor arms to hold one.

When the street was remodeled in the 1960s, a stone skeleton was added to the cobblestone street near the church’s side entrance. Today the two skeletons are mostly ignored by the crowds of people who pass above and beneath them, unaware of the storied pair looming close by. 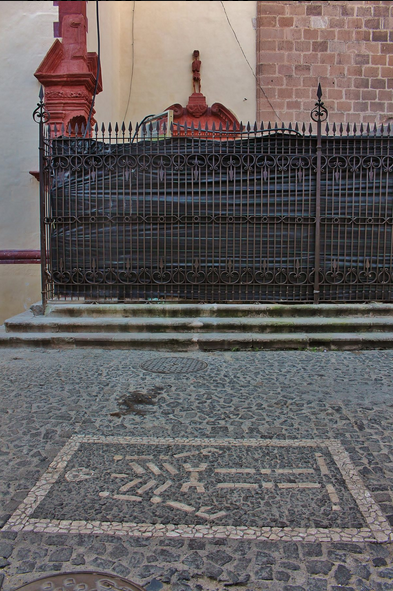 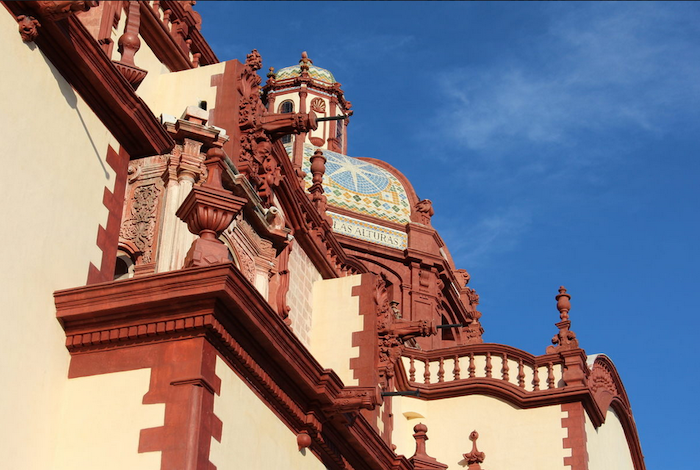 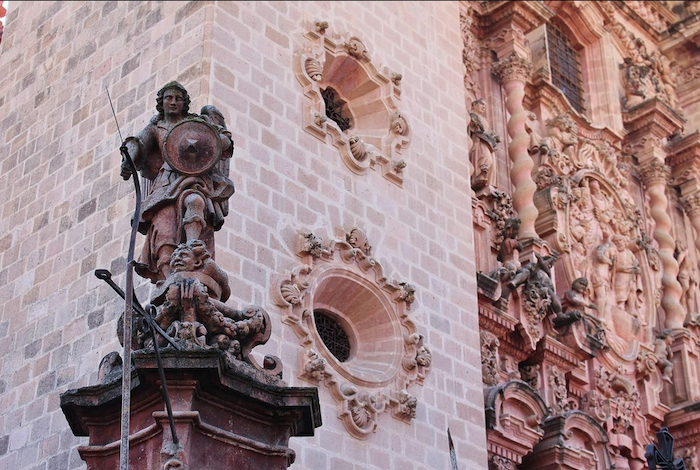 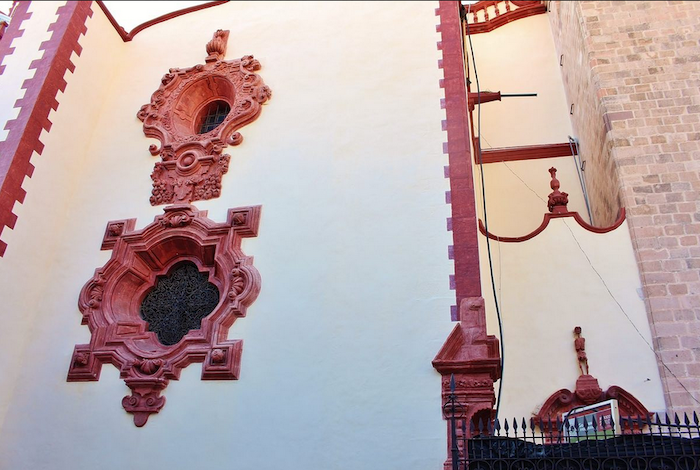 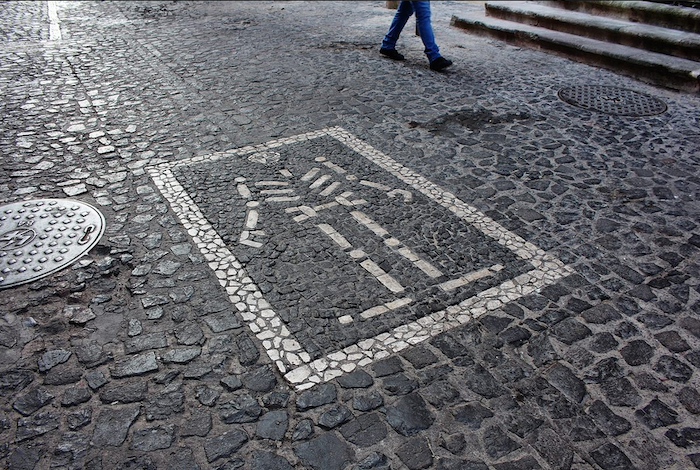 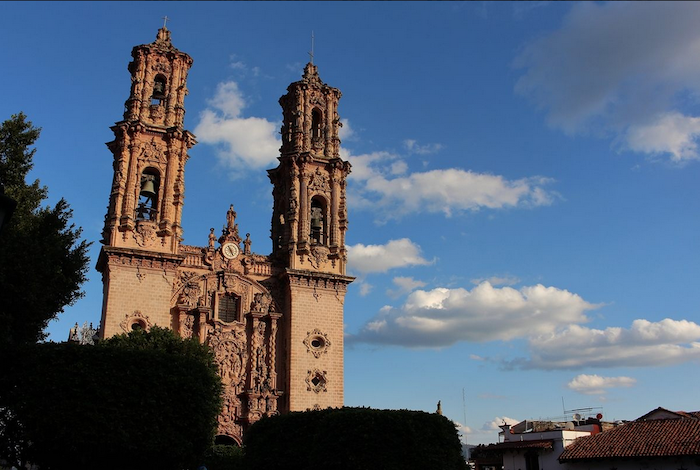