Nearly three weeks after her death, on what would have been her 30th birthday, Brittany Maynard returned to the national spotlight on Wednesday in a video (see below) in which she urges states to pass laws allowing terminally ill people to end their lives on their own terms. 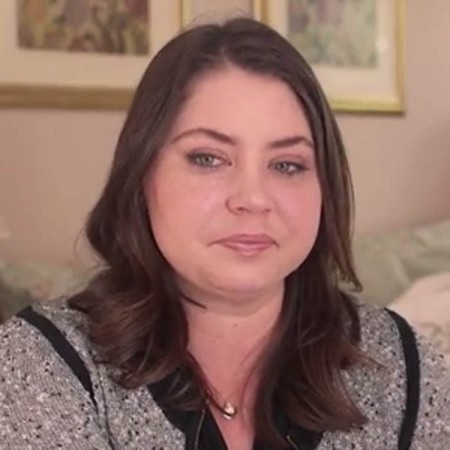 The video, made in August, was released by an advocacy group that worked with Maynard during the last months of her life in a campaign that prompted a national debate about allowing terminally ill people to hasten their deaths.

The group, Compassion & Choices, is hoping that the practice will be expanded beyond the five that already allow it: Oregon, Washington, Montana, Vermont and New Mexico. But even though Maynard’s story received national attention, the groundswell of support on a legislative level for laws like Oregon’s has yet to materialize.

Compassion & Choices held a conference call with journalists on Wednesday, hoping to build on the momentum generated for the movement while Maynard was alive. After the news conference, the organization released a video that is partly narrated by Maynard.

In the video, Maynard says: “I hope for the sake of other American citizens … that I’m speaking to that I’ve never met, that I’ll never meet, that this choice be extended to you.”

The video includes photographs of Maynard before her illness. It also features the voices of other terminally ill patients and their family members.

In the conference call, Compassion & Choices officials said legislators in about a dozen states plan to introduce right-to-die laws next year.

Also on the call were legislators from Pennsylvania and Wyoming.

Rep. Mark Rozzi, a Pennsylvania Democrat whose 63-year-old father died of the same type of brain cancer as Maynard, said the young woman’s campaign and his family’s situation made it apparent why such bills are needed.

“I had to watch my father die of cancer… It was the most gut-wrenching experience our family and he had to endure,” Rozzi said. “He would always tell me this is not the way he wanted to live.”

A “death-with-dignity” bill was introduced in Pennsylvania last month. Rozzi conceded that it has been difficult getting bills out of the judiciary committee when they are opposed by the state’s Catholic leadership.

Rep. Dan Zwonitzer, a Wyoming Republican, said he plans to introduce such legislation in his state.

Oregon was the first state to allow terminally ill patients to die using lethal medications prescribed by a doctor. Maynard moved from California to Oregon to make use of the Oregon law.

The New Jersey Assembly passed a bill last week that would allow physicians to prescribe life-ending drugs to terminally ill patients, with some legislators citing Maynard’s story as a deciding factor in their vote. But Republican Gov. Chris Christie has said he opposes the measure.

In California, the West Hollywood City Council this week passed a resolution that urges the Los Angeles County District Attorney to not prosecute physicians and family members who offer aid in dying to the terminally ill. But the state has no current bills or ballot measures on the issue.

Some religious groups and social conservatives, including a Vatican official and the American Life League, have heavily criticized Maynard’s decision. Pope Francis denounced the right-to-die movement Saturday, saying the practice is a sin against God and creation and provides a “false sense of compassion.” He didn’t refer specifically to Maynard’s case.

Compassion & Choices said its website has had more than 5 million unique visitors during the past month, while Maynard’s two previous videos have been viewed more than 13 million times on YouTube alone.

“I sense immense momentum right now,” said Barbara Coombs Lee, president of Compassion & Choices. “Brittany Maynard is a new voice for a new generation of activists … she devoted her precious energy to help ensure other dying Americans would have a choice.”

Coombs Lee co-authored Oregon’s Death with Dignity law in 1993. She told KATU, “Brittany Maynard was 10 years old then. It’s an honor to carry on her legacy. It’s been 20 years of preparation for a witness like Brittany Maynard — to get this movement where it needs to be.”

Compassion and Choices said there may be more videos released. Maynard recorded countless hours of video in preparation for her death, and the movement she wished for.

A vigil to mark Maynard’s birthday is planned Wednesday night at the First Unitarian Church in downtown Portland. It begins at 6 p.m.
Complete Article HERE!