A MINISTER of the Church of Scotland has broken ranks with the Kirk and spoken out in support of a new bill to legalise assisted dying – despite longstanding opposition from the Christian community.
inShare 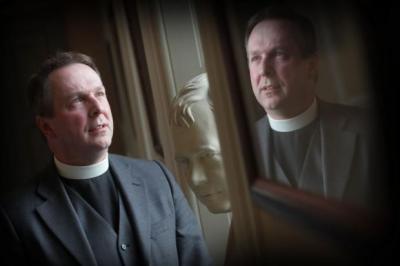 The Reverend Scott McKenna said the religious arguments put forward by opposing faith groups, including his own church, “do not stand up” and believes voluntary euthanasia can “sit comfortably” within Christian faith.

He delivered a powerful speech at a conference chaired by Independent MSP Margo MacDonald, who has launched a second bid to legalise voluntary euthanasia.

The Kirk and the Catholic Church have come out strongly against the reform. But research suggests more than 80% of the British public is in favour of change.

The event, held at the Royal Society of Edinburgh on World Dignity in Dying Day, also brought together Ludwig Minelli, founder of the Swiss suicide clinic Dignitas, international representatives from the Right to Die movement, and Jane Nicklinson, widow of the late Tony Nicklinson, who this year campaigned for the right to die.

McKenna, Kirk minister at Mayfield Salisbury in Edinburgh, said his views had been shaped by supporting families through the death of a relative suffering from a terminal illness.

“The Church says, ‘You must not kill, ‘You must not take human life’. ‘God has forbidden it’,” he said. “What is wrong with this argument? There is no such commandment.”

“In the Bible, David killed Goliath, David’s armies killed thousands. In the Book of Exodus, in the original language, Hebrew, the sixth commandment is ‘You must not kill unlawfully’. This is a staggering difference. In the Bible there are circumstances in which killing is legally and morally acceptable, such as in battle or executing a death sentence. I am not offering you an obscure interpretation of scripture. It is mainstream: the Church is wrong.”

He said the Church’s other main argument, that life is a gift from God and only God can choose the moment of death, was also “deeply flawed.”

He said: “We are told that we shouldn’t interfere with God’s plan by shortening human life. This is bad theology. It portrays God as brutal and less loving than we are to our pets. When the Church speaks of compassion, it means to ‘stand in someone else’s shoes’ – yet too often the church seem distant, cold and paternalistic. They know best and, based on a flawed theology, seek to deny a compassionate death, a good death, to those crying out for it.”

The minister has previously campaigned in support of gay clergy and same-sex marriage. He delivered a sermon on assisted dying at last Sunday’s service and said the response from the congregation was overwhelmingly positive.

He said: “Almost everyone is speaking from personal experience. They have been at the bedside of a relative. I know people who have gone into a hospice and the family members know they only have a day left. Once they are pumped full of drugs they lasted 14 days. Why is that good?”

McKenna also said his position was supported by some Catholic theologians.

“Anecdotally there are significant Roman Catholic theologians who are in favour but you won’t hear that from the hierarchy. The churches can continue to have their own view but they shouldn’t be allowed to impose it. I hope that compassion will triumph over religious dogma and the decision to die be seen not as suicide or life-defeating but as life-enhancing and an act of immense faith.”

In its consultation response on the issue of the right to die, the Church of Scotland said: “We believe that any legislation which endorses the deliberate ending of a human life undermines us as a society. The Catholic Church has said the legislation would “cross a moral boundary”.