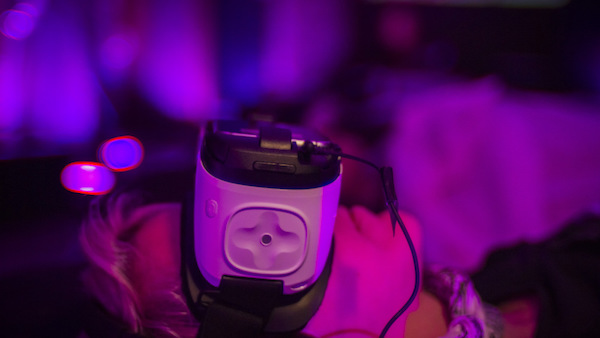 [I] was in elementary school when I first became aware of my own mortality. It was early in the morning. My mom was in the bathroom getting ready for work, and I was on her bed covered in tears, thrashing around and yelling “I don’t want to die!” over and over.

Like a lot of people, dying terrifies me, the finality of it so unthinkable that I try not to acknowledge it in my day-to-day life. So when an opportunity came to go to “Second Chance” — an interactive experience that uses theater and virtual reality to help people come to terms with their demise — I was both scared and intrigued. It was one of 175 activities that took place during Reimagine End of Life week in San Francisco, an event that consisted of panels, film screenings, and other experiences that encourage people to talk openly about death and how it affects us.

“We believe that immersion is a way to experience things, and when we have those lived and bodied experiences, we can start to answer some of those big questions around death or around life itself or any other big topic we’d like to explore,” said co-producer Scott Shigeoka in an interview.

“Second Chance” only allowed 10 people in at a time, and they all had to be strangers (one of Lava Saga’s few hard rules). It unfolded across four different rooms, with VR serving as a key piece of the production. My group entered the first space — a darkened room lit only by blue and purple lights — and found black futons on the floor, all of which had pillows and neatly folded white sheets. Next to them were Samsung Gear VR headsets and wired headphones that attendants asked us to put on after we sat on the beds.

The nearly four-minute VR sequence pulled me through a monochrome landscape filled with massive planets, intricate caverns, and pulsating tendrils that pierced the sky. An otherworldly hip-hop track from electronic artist Shigeto made the 360-degree journey feel lonely and isolating.

When the experience was over, I took the headset off and laid on the bed; another person came to pull the white sheet up to my neck. A cellist at the corner of the room began playing a peaceful but melancholic tune. I closed my eyes as our end-of-life doula (who had spoken to the group beforehand to address any concerns) read a poem from Buddhist monk Thich Nhat Hanh.

As far as the “Second Chance” narrative was concerned, we were dead.

Simulating Death
Surprisingly, the VR music video wasn’t made for “Second Chance.” It’s a pre-existing project (known as “Hovering”) from creative studio 79 Ancestors. Lava Saga worked with VR and augmented reality curator Dream Logic to determine what kind of piece would best represent the transition between life and death.

It wasn’t easy. For awhile, they wondered whether they should even have a symbolic representation of death. After all, how do you visualize an experience that, by definition, is impossible to come back from?

“We picked [‘Hovering’] because it feels like going through a portal. And with VR in ‘Second Chance,’ we wanted it to serve that function, to be a transporting mechanism that people could go inside, be transported, and come out into a shifted reality,” said Dream Logic producer Kelly Vicars.

Though “Hovering” wasn’t created with “Second Chance” in mind, its abstract graphics made it a fitting choice for the production. During the design process, Lava Saga interviewed people who had near-death experiences, with many of them saying they were moving through a tunnel or seeing black-and-white images before being resuscitated. “Hovering” also worked well because it wasn’t scary and didn’t adhere to any specific religious beliefs. 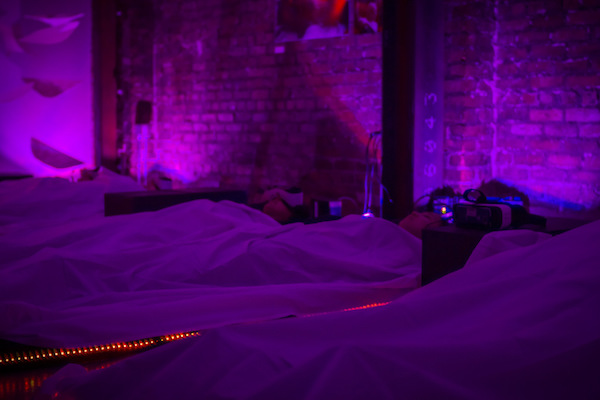 “It was important for us to honor the diversity of cultures, traditions, and wisdom around death. … We wanted to make sure that whatever experience we used was really inclusive,” said Shigeoka.

Lava Saga and Dream Logic knew that for a lot of people, “Second Chance” would be their first opportunity to be in VR. So they tried to make the experience as seamless as possible, with attendants giving clear instructions on how to use the equipment. And Gear VR offered the least amount of friction due to its portability and ease of use (when compared to PC-based gaming headsets like Oculus Rift and HTC Vive). Participants just had to put it on and wait for “Hovering” to begin.

“My team’s goal is to use immersive technology to elevate art, to have the technology disappear,” said Vicars.

Breaking through taboo topics
After dying in VR, my group entered a series of rooms that represented a kind of liminal purgatory state. One had thin sheets of white fabric hanging from the walls and ceiling, with actors and dancers (Lava Saga refers to them as spirits) talking to each other about their previous lives.

From there, “Second Chance” starts to pull back on its mystical interpretations of an afterlife and morphs into something a little more grounded: group therapy.

In the third room, we broke into two smaller groups with trained facilitators who asked us questions about our own lives. Shigeoka said this was often an “emotionally charged” space because of the stories people would share — about their hardships, mourning for loved ones who died, or anything else they just needed to talk about. This vulnerability is why it was so vital to go through “Second Chance” with strangers instead of friends or family members.

I didn’t let my guard down completely. I couldn’t quite squash the skeptic voice in my head, which was too loud and too stubborn to go away. But I still felt comfortable in those discussions, as well as in the 1-on-1 meetings that followed in the last room, where we were randomly paired with another person from our group. That I was able to share personal details about my life at all was remarkable given that we had only met an hour before.

“Second Chance” wasn’t a perfect experience; at times, I was bored or confused about what was going on. But the core conceit — getting people to express their feelings about a sensitive topic — was sound. It reminded me that sometimes, it feels good to have someone just listen to you.

“I hope that people emerge [from ‘Second Chance’] with a new perspective and a new relationship with what it means to die. And that’s [to] live,” said Vicars. 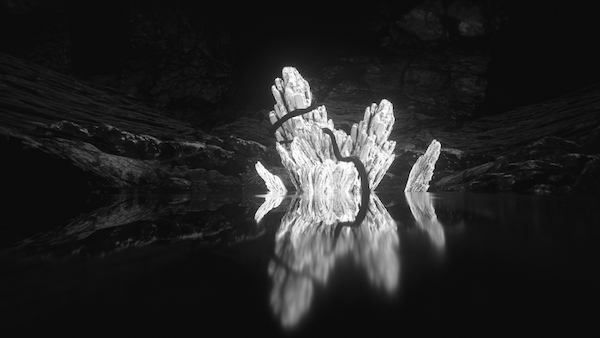 Lava Saga and Dream Logic consider this first run as a prototype. If the show ever returns (whether in San Francisco or elsewhere), they want to keep refining it based on the feedback they receive. One day, they might make their own VR experience to replace “Hovering,” or maybe even depict that life and death transition in a totally different way.

But the idea of using theater and immersive technology to break through cultural taboos is something both teams want to keep exploring.