A divisive ballot initiative that would allow terminally ill patients to end their lives with medication prescribed by physicians was narrowly defeated. 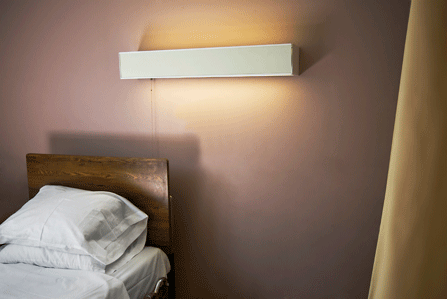 The Death with Dignity Campaign conceded this morning, as unofficial results tallied by the Associated Press showed that, with 95 percent of precincts reporting, 51 percent of voters had opposed the measure, compared with 49 percent in favor.

“For the past year, the people of Massachusetts participated in an open and honest conversation about allowing terminally ill patients the choice to end their suffering,” the campaign said in a statement released at 6:30 a.m. “The Death with Dignity Act offered the terminally ill the right to make that decision for themselves, but regrettably, we fell short. Our grassroots campaign was fueled by thousands of people from across this state, but outspent five to one by groups opposed to individual choice.

“Even in defeat, the voters of Massachusetts have delivered a call to action that will continue and grow until the terminally ill have the right to end their suffering, because today dying people needlessly endure in our Commonwealth and do not have the right to control their most personal medical decision.”

The ballot question has been the subject of a ferocious political battle. After a Boston Globe poll in September showed voters overwhelmingly supported the measure, support steadily eroded in the face of a last-minute effort by a diverse group of opponents, including religious leaders, anti-abortion activists, and conservatives who aired their message in aggressive television advertisements and at church services. The concerted opposition campaign, which also included a major physician’s group, raised more than three times as much money as proponents.

In a statement, Rosanne Bacon Meade, chairperson of the Committee Against Assisted Suicide, said that while some votes remain to be counted, the efforts to stop the measure had been successful. She added that she hoped the result would spark discussions about how to improve medical care at the end of life.

“We believe Question 2 was defeated because the voters came to see this as a flawed approach to end of life care, lacking in the most basic safeguards,” Meade said in the statement. “A broad coalition of medical professionals, religious leaders, elected officials and, voters from across the political spectrum made clear that these flaws were too troubling for a question of such consequence.”

“Tuesday’s vote demonstrates that the people of the Commonwealth recognize that the common good was best served in defeating Question 2,” Cardinal Sean O’Malley said in a statement.

Massachusetts would have followed Oregon and Washington, which have passed similar initiatives to allow terminally ill patients to seek life-ending drugs from physicians. Donations to opposition groups, which raised nearly $2.6 million, came from far-flung Catholic dioceses, fueled in part by fear of a domino effect if the measure were to gain a foothold in Massachusetts.

Other efforts to legalize physician-assisted suicide in New England have failed. In 2000, a ballot initiative in Maine lost by a close margin. Legislative efforts to pass a similar bill in Vermont and New Hampshire have been defeated in recent years.

Voters said they formed their opinions about the controversial ballot initiative after careful consideration, informed by personal experiences with family members and by concerns about the safeguards written into the law.

“I’m actually in favor of assisted suicide, but not how this is written,” Santoro said, citing concerns about the proposal’s lack of required psychiatric evaluations and family notification and the lack of tracking for any leftover pills.

Santoro, who works in sales, said he has five children and worries about young people getting access to dangerous, untracked medications.

Alex Coon, 37, voting at the Dante Club in Somerville, said he voted for assisted suicide for a very personal reason.

“My grandmother was Dutch, and she always said, ‘When I get sick, take me home to Holland, because they’ll let me die,’ ” he said.

The Massachusetts ballot measure was modeled after similar legislation passed by voters in Oregon in 1994. If it had passed, it would have allowed terminally ill patients with less than six months to live to request medications to end their lives. Patients would have had to request medication from physicians multiple times verbally and in writing, be deemed competent to make the decision, and administer the lethal dose themselves.

Critics had said the measure was sloppily written and contained insufficient protection for vulnerable patients. Objections ranged from the difficulty of assessing how much time a patient has left to the failure to require a mental health screening by a specialist. Others opposed the initiative for moral reasons, or because it was counter to the fundamental do-no-harm ethos that governs physicians.

The legislation would have required the state Department of Public Health to write rules by March 20, 2013, to require physicians to report when the drug was dispensed, file copies of prescriptions, and help facilitate the collection of other statistical information.

Statistics kept by Oregon and Washington are frequently cited by proponents as evidence that the law is not being abused and poses no large-scale societal threat. Those detailed statistics show that the fatal doses of medication are requested by a small number of patients and used by even fewer.

Oregon’s law was mired in legal challenges for several years, but since 1997 when it was enacted, 935 people have requested prescriptions, and 596 have used them to end their lives. In 2011 in Oregon, most of the 71 people who used the medication were white, well-educated, and suffering from cancer.

In Washington last year, 103 people requested the prescriptions, with 70 using them and 19 dying without taking the drugs. Of those who requested prescriptions and died, nearly half were married, three-quarters had some college education, and the overwhelming majority had cancer.