In the U.S. health-care system, it’s often unclear who should talk to patients about end-of-life care options. Medicare’s new reimbursement scheme may incentivize doctors to take ownership of those difficult conversations. 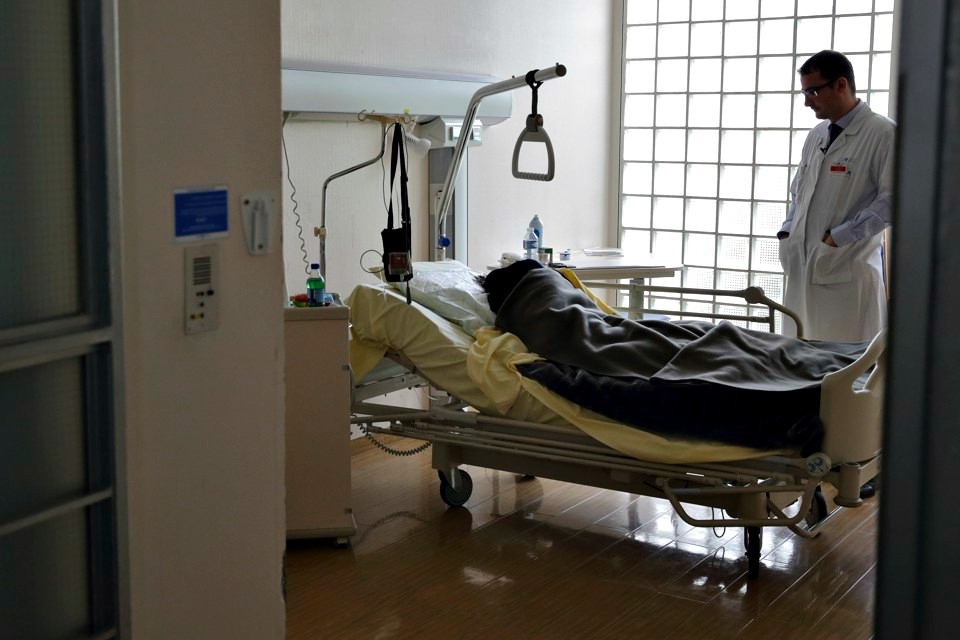 When Pedro Faust Tzul Menchu, a 45-year-old man with colon cancer, told his oncologist he couldn’t move his leg, a medical alarm bell went off. He’d received chemotherapy a week before, so his other symptoms of vomiting and jaundice weren’t entirely surprising. But the lack of movement in his legs could have been a sign of a spinal-cord compression—when an infection or tumor strangles the nerves running up and down the spine—and potential cord compressions are always treated as an emergency. Pedro was sent straight from the oncology clinic to the hospital, where he was assigned to me as a patient. As Pedro’s hospitalist, the doctor in charge of orchestrating his care, my main job was to figure out if his spinal cord was at risk.

An MRI showed that the cancer had spread to Pedro’s tailbone and throughout his abdomen, but hadn’t damaged his spinal cord. All the specialists I consulted—neurosurgeons, interventional radiologists, more oncologists—recommended a small procedure to protect the collapsed vertebrae so that a future spinal-cord compression might be avoided. When the weekend was over, I handed off Pedro’s care to a partner of mine, another hospitalist, since we typically rotate on Mondays. “They’ll perform the procedure this coming week,” I explained before leaving. Pedro sat up in bed, shook my hand, and thanked me.

Only later did I realize that I never told Pedro how close he now was to dying. His cancer had spread despite two lines of chemotherapy, a previous “debulking” surgery to remove as much of the tumor as possible, and constant surveillance with CT scans. It had nearly claimed the use of his legs. Most likely, it would claim his life within the next six months.

During our first meeting in the hospital’s cancer ward, Pedro confided to me how happy he was to have a doctor who spoke to him in his native Spanish. “It feels so good to be understood,” he said. “Hopefully, with God’s help, you’ll find a way to help me.” We didn’t only talk about his spinal cord. Every time I checked on him, we chatted about his old life in Guatemala.

A couple of times, Pedro arranged it so that his family visited while I made rounds, so I could talk to them all together about the steps that lay ahead. “I’m sorry, but it looks like the cancer has grown,” I told them. I mentioned the upcoming procedures, the possibility of radiation therapy, how the oncologist was considering a third line of chemotherapy, but I admit I never fully connected the dots for them. Telling him what this all meant, how it was almost certain that he would die sooner than he thought, proved too difficult. Like any good doctor, I know how to keep patients focused on the positives—“your family’s all here,” or “it’s good to see you sitting up”—while respecting reality. But something about Pedro, with his calm smile and earnest pleas for my help, made it more difficult than usual to summon up the courage to deliver bad news.

Pedro’s daughter almost seemed to sense my trepidation. She couldn’t have been more than 8 years old, but that didn’t keep her from staring at me with doctor-suspicious eyes, as if I might be the boss of her father’s fate. Whenever she did this, I smiled at her and turned my attention toward Pedro. “Is there anything else I can help you with?”

A couple of days later, I traveled to Chicago to participate in a panel discussion that gathered palliative-care specialists from around the country with patient advocates, ethicists, social workers, and internists (like me), as well as representatives from organizations such as the American Association of Critical-Care Nurses and the Society of Hospital Medicine. The central question: How can we improve end-of-life care in the hospital? While everyone brought a different perspective, what bound us together, caregivers and the bereaved alike, was how much the experience of a hospital death had impacted us—how impersonal it had become, how mechanized, how inhumane. One of the panelists described losing her 36-year-old husband to metastatic colon cancer. Even though she saw a multitude of doctors every day, when her young husband found himself struggling to breathe near the end, none of them dared to discuss the inevitable. “No one told us anything,” she said.

That’s when I thought back to Pedro. By not telling him clearly what the progression of his cancer meant, had I inched him toward a hospitalized death, one that involved shocking his heart if it stopped and pureed food and waking him up every four hours for vital signs? The reason I had been invited to the panel in the first place was an essay I wrote about the difficulty of giving end-of-life care to undocumented patients. I described one patient in particular, a Guatemalan man who did not want to spend his last weeks cycling through the emergency room for pain medications. With the help of the consulate, my colleagues and I arranged to fulfill his dying wish to return to his home country. But the interest and care I’d shown this one patient meant nothing for the next. In not fully explaining Pedro’s prognosis to him, I simply hadn’t done my job.

Or was it my job? Last month, Medicare announced that it would begin to reimburse health-care providers for discussions on end-of-life options, sparking a new debate about who, exactly, should be having those discussions. Whose responsibility is it to clarify how many times a patient wants to be shocked if her heart stops? The critical-care doctor? Who should give the patient a well-informed and plain-spoken prognosis? The oncologist? One of the words that kept coming up in the meeting in Chicago was ownership. In the American medical system, with all its experts, shift work, and moving parts, it can be difficult to place ultimate responsibility for a patient’s care on one individual. That is to say, responsibility is shared—which is how certain duties, like talking with a patient about how close he is to death, can fall through the cracks.

But I can’t help but think that it was I and I alone who failed Pedro. I wasn’t his oncologist, I wasn’t the interventional radiologist, but of all his doctors, I was the one who could best communicate with him. I spoke his language. As it stands right now, there’s no way to guarantee that patients like Pedro receive counseling about different care options (maybe he doesn’t want to go through another round of chemotherapy) or help explaining their end-of-life decisions to family members (maybe he doesn’t want to spend his final days in an ICU).

Under the new Medicare proposal, scheduled to go into effect this fall, any qualified team member—a doctor, a nurse, an assistant—can bill for the time it takes to discuss all the different procedures and interventions that a patient like Pedro might face. Had this been an option during Pedro’s hospitalization, somebody else caring for him might have caught my oversight and talked with me about it, or perhaps held a conversation with Pedro herself and billed for it. Medicare’s reimbursement scheme doesn’t just incentivize holding difficult discussions, it also assigns responsibility. It’s a way of establishing ownership over a difficult conversation.

The day after the Chicago meeting ended—the same day Medicare announced its new plan—I tried finding Pedro in the hospital. I wasn’t scheduled to work, but I thought I might make up for my lack of clear communication by telling him what the new findings really meant. Unfortunately, Pedro was gone. I saw in the chart that the spinal procedure had gone smoothly and that he had actually walked out of the hospital.

A month later, I saw his name outside one of the doors in the cancer unit. Since our last visit, he’d lost weight and endured awfulness, his femur snapping spontaneously as he attempted to walk one morning, so overrun was it by tumor, but somehow Pedro retained his smile and grace. I told him I’d thought so much about our conversations that I wrote an article about him, one I hoped would help doctors think about how they communicate bad news, and he gave me permission to use his name. Fortunately, another of the hospitalists had taken the time to hold the difficult conversation with him. Pedro and his family knew he would soon die, and were preparing for such.

Still, I couldn’t help but feel a professional shame, one I used to feel as a younger doctor when nurses called to remind me of some routine task I had forgotten about, one that made me occasionally punch myself in the thigh and say, “I really need to remember to do that next time.” For Pedro’s sake, I really do.