Kass Hall is a law student with a background in art and design; she lives with her husband and their pug called Elvis. She describes herself as a sister, a daughter, an aunty and a friend.

She has been living with cancer for 27 years.

“I’m getting good at defying the odds, but I’ll never be in remission,” Kass says. “I’ll always be under my oncologist and surgeon’s eagle eyes, and I know that each hurdle, big or small, is a hurdle closer to the finish line.”

Impending death is not the kind of thing you adjust to. Despite the number of times she’s come close, Kass, now 39, is frank about being scared. She is under no illusions about what dying is like — she has seen “many, many friends, from children to older people, dying slowly and painfully.”

“I’ve been in the room in the final moments of life, and though we do our best to make people ‘comfortable’, it’s a situation I do not want to find myself in — for my own sake and that of those who love me,” she says.

She hopes that finish line isn’t soon. But in the event that it is, she wants a say in drawing that line.

“I have always liked the idea that, when I reach ‘my line’, I could choose to end my own pain. Watching someone you love die is one of the worst experiences a human can endure, and I imagine being the person dying is even worse.”

It’s an experience explored in the recently released film, Stop The Horror. A graphic five-minute short directed by Justin Kurzel, the film tells the true story of a man who dies over a period of three weeks, exploring what he and his family are forced to deal with.

Kass’s first diagnosis was in 1990, when she was twelve. The kind of cancer she has is incredibly rare, and was hard to pin down for a long time — as she wryly puts it, “what they thought it was then is not what they think it is now”.

That first diagnosis led to surgery and chemotherapy. On five separate occasions, her parents were called to the hospital to say goodbye. And yet, against all odds, Kass survived, though not without complications. “At that time I lost part of my stomach and duodenum [the first section of the small intestine],” she says. “The chemo left me infertile and with a heart condition, though thankfully my heart has remained strong.”

These complications have been multiplying steadily ever since. In 2000, Kass lost a kidney. In 2008, her thyroid. In 2011, the cancer returned to her stomach and liver. It was only in 2012 that her doctors discovered she had a genetic defect that was causing the tumours to return.

That was the moment, Kass says, when realisation hit. “This disease was — barring the unforeseen — what would kill me”. 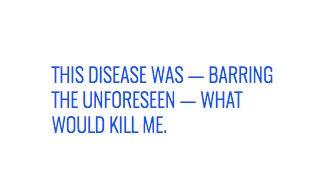 Here’s the cruel thing about this genetic defect: in addition to all but guaranteeing the cancer’s return, it makes Kass ineligible for an organ transplant. And while so far it’s been possible to combat the resurgence of tumours with surgery, she’s keenly aware that things can’t continue this way forever.

“There’s going to come a time where surgery is no longer an option, and that’s when I start the slow process of dying.”

“The idea of dying anytime soon is not one I am comfortable with,” she says, “but who is, though?” She’s coming up on her 40th birthday in January, a milestone her oncologist has been telling her for years would be a “great outcome”.

Assisted dying has always been controversial, often for reasons Kass is keen to see us move past. Concerns about younger people — not children, but adults in their late teens and early twenties — having access to the option of assisted dying are, to Kass’s mind, utterly dismissive of terminally ill young people’s experience.

“There is no difference in older people and younger people making this decision,” she says. “If anything, for younger people the decision is harder because we think about what we may miss out on — weddings, children, travel.”

Kass says arguments that say young people with terminal illness don’t have the necessary perspective or clarity to decide to end their lives “seek to debase a person’s autonomy and thought process.”

“It’s designed to second guess a person. No one has the right to do that. Anyone who said that to me would probably not like the response they get from me.”

As for those who argue that choosing to die is a selfish act, Kass says her response “probably isn’t fit to print”.

“What I can say is that what other people think is not my problem. They are not living my life, they’re not walking in 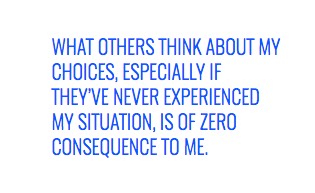 my shoes. Everyone has an opinion, but my life deals in facts. What others think about my choices, especially if they’ve never experienced my situation, is of zero consequence to me”.

Some of the most legitimate and important critiques of voluntary assisted dying legislation, though, come from people who have experienced Kass’s situation, or situations like it. These campaigns are run by people with terminal illness or life-threatening disabilities who are concerned that assisted dying legislation will needlessly kill many people through a subtle combination of pressures. Things like, for example, the feeling of being a burden on close family or medical services.

These are arguments Kass is willing to engage on — she says she’s aware of and understands the campaign in question, but thinks the legislation proposed by the Victorian Government includes adequate safeguards, including a multi-step process she hopes will catch any instance of family or external pressure.

“To my mind,” she says, “that is why patient autonomy is the key. At the end of the day, what family members think and what their needs are is not what this is about — it is and should always be about the primary patient. If the primary patient has not requested and been through the voluntary assisted dying process, then it shouldn’t be available.”

“And any family member that puts any pressure on a person who is dealing with illness or disability should find the map to hell and go there. There are so many people in the disability community and those with long term illness who have so much to contribute and who are outstanding members of society. Having an illness or disability doesn’t diminish us as people.”

In Kass’s case, she knows her husband will support her decision if she reaches her line. She hopes that won’t be soon — she wants to grow old with her husband, see her nieces and nephews grow up, have a full legal career. For the time being, she’s optimistic.

But even on good days, the line is there, and Kass says that when she hits it, she has “no hesitations” about what she’ll do. 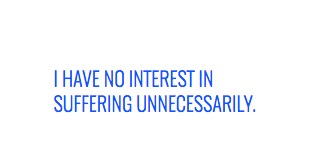 “I have no interest in suffering unnecessarily,” she says. “It will be my decision.”

“I respect that this won’t be for everyone. I just feel that a choice for those of us who do seek to end our own suffering should be given to us. We all have our own paths in life, and should have as much choice made available to us as possible.”