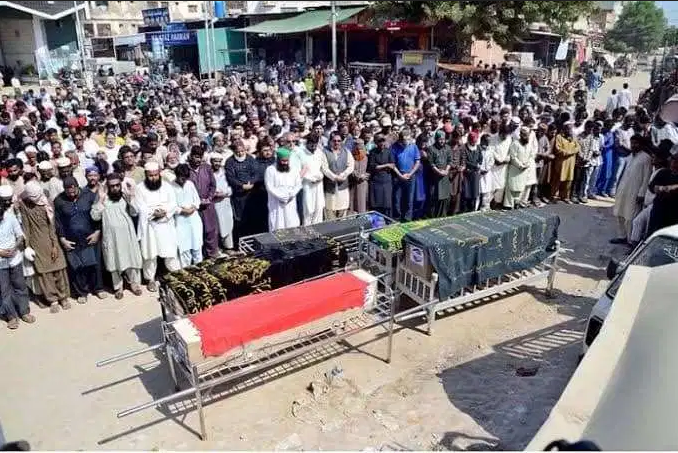 For many years, Muslim funeral rituals have attracted attention from Christian counterparts mainly because of their simplicity.

One, ex-minister Simeon Nyachae, a Christian of a Seventh Day Adventist (SDA) faith and Senator Yusuf Haji of the Muslim faith. The two funeral services sparked debate on social media with a section of Christians seeking answers on Muslim funeral rites.

Nyachae, who died on February 1 at the Nairobi Hospital aged 88, was laid to rest two weeks later at his Nyosia village in Kisii County. His remains had been preserved at the Lee Funeral Home for 14 days before being flown to Kisii on Sunday.

On the other hand, the late Garissa Senator, who died on Monday morning, was interred at the Lang’ata Muslim Cemetry, in Nairobi, miles away from home, less than 24 hours after his death. He was 80 years old.

The cost of giving a loved one a decent send off took centre stage on the social media debate, with many Kenyans agreeing that Muslim burials cost way less.

Mohammed Hersi, a hotelier and vocal commentator on social media, took to his Facebook page to explain what happens when a Muslim dies.

In Muslim, Hersi said, the burial of a loved one should take place as quickly as possible after death and preferably within 24 hours.

Where the cause of death is uncertain this may and should be determined prior to burial.

The person who has died is washed as quickly as possible after death and wrapped in a simple white shroud For men, up to three pieces of cloth may be used for this purpose, for women, five.

In many countries, a coffin is not used, but in the UK, where this is often forbidden, a coffin is permitted.

Hersi revealed that the Muslim rarely transport a body.

“You get buried where you passed away…For us your burial is where death (maut) will find you, ” he wrote.

The Muslim burials timings are mainly dictated by prayers times.

“Most of the burial prayers would coincide with the 1pm or 4pm prayers for various reasons ranging eg to allow immediate family like children to arrive etc, ” he said.

“We try and avoid evening or nighttime burial unless it is a case of an accident and departed ought to be laid to rest as quickly as possible.”

Preparation of the body

The body is prepared either at home or even at some mosque.

Ghusl is the full-body ritual purification mandatory before the performance of ritual and janaza prayer.

The remains are wrapped in a simple plain cloth (the Kafan) which costs less than Sh500. After that, instead of a coffin, the deceased is transported to the mosque in a Janaza that is returned after use and reused by another family.

“Our mosque in South C does that very well and a few masjid in Mombasa, ” he added.

When a Muslim passes on in town, it becomes the responsibility of fellow muslims to give the departed brother or sister a decent burial.

The body is then carried away in a Janaza and is placed at the back of the mosque awaiting the normal prayers to happen.

Immediately after the normal prayers, an announcement is made informing worshippers of the presence of a body of a departed brother or sister and requested to join the family in burying their kin.

“It is considered a blessing to take part in such even if you were not known to the departed. We then bring the body to the front of the congregation, ” he added.

Before the body leaves for its final resting place, the family led by the eldest son and the Imam ask if there is anyone who owed the departed anything or if the departed owed anyone anything.

The son or immediately male family member are expected to take responsibility for the debt.

“We then all stand behind the Janaza and final prayers are led by the imam. Sometimes we have more than one body so they are all laid out in a line, ” he said.

The service takes less than 10 minutes and thereafter the body is picked by young men, who mostly are not even known to the deceased, and taken to the final resting place.

Once at the graveyard immediate family members preferably sons and brothers to the deceased will go inside the grave which is always ready.

The body is removed from the Janaza and placed inside a grave that has a mould of mud which acts as a pillow where the head of the deceased is placed. Additionally, the body faces the right side towards Mecca (the Muslim community faces Mecca when praying).

Wooden planks are used to enclose where the body is placed and if there is no wood, concrete slabs can be used.

Once done the family members step out, the grave is filled with soil.

Unlike in Christian funeral rituals, Muslims don’t observe protocols as everyone is considered equal regardless of their status.

“Once done a quick sermon is given hardly 5 to 10 minutes and we are done. We make no speeches and there are no protocols at the mosque or at the burial site based on your worldly position, ” he said.

“At the mosque and burial site we are all equal.”

In Muslim funeral rites, women are not allowed at the gravesite. If they attend, they can only watch from a distance.