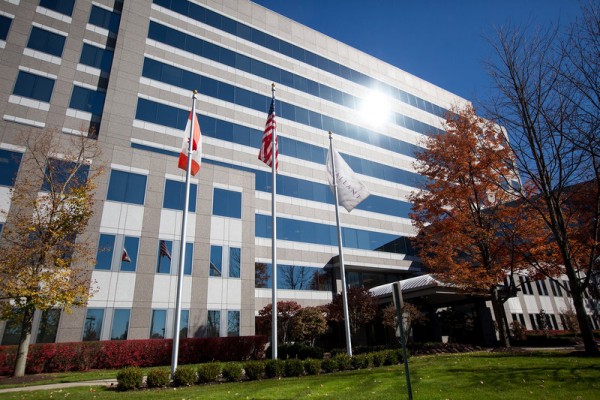 When California’s aid-in-dying law takes effect this June, terminally ill patients who decide to end their lives could be faced with a hefty bill for the lethal medication. It retails for more than $3,000.

Valeant Pharmaceuticals, the company that makes the drug most commonly used in physician-assisted suicide, doubled the drug’s price last year, one month after California lawmakers proposed legalizing the practice.

The drug is Seconal, or secobarbital, its generic name. Originally developed in the 1930s as a sleeping pill, it fell out of favor when people died from taking too much, or from taking it in combination with alcohol. But when intended as a lethal medication to hasten the death of someone suffering from a terminal disease, Seconal is the drug of choice.

In 2009, Grube remembers the price of a lethal dose of Seconal — 100 capsules — was less than $200. Over the next six years, it shot up to $1,500, according to drug price databases Medi-Span and First Databank. Then Valeant bought Seconal last February and immediately doubled the price to $3,000.

Most drug companies justify such hikes by pointing to high research costs. But Grube says that’s not the case with Seconal. It’s been around for 80 years.

“It’s not a complicated thing to make, there’s no research being done on it, there’s no development,” he says. “That to me is unconscionable.”

Valeant bought several other drugs at the same time it bought Seconal, raising some of those prices as much as 500 percent. That sparked a congressional investigation into its pricing practices. (The CEO resigned Monday amid an accounting controversy).

“Valeant sets prices for drugs based on a number of factors,” the company said in a statement, including the cost of developing or acquiring the drug, the availability of generics and the benefits of the drug compared with costly alternative treatments. “When possible, we offer patient assistance programs to mitigate the effects of price adjustments and keep out-of-pocket costs affordable for patients.”

The most likely explanation for raising the price of Seconal is the lack of generics, says Mick Kolassa, founding partner of Medical Marketing Economics, a firm that advises drug companies on how to price and market their drugs.

Seconal went off patent in the early 1990s. There were some generics for a while, but then demand shrank and manufacturers abandoned them.

“So that meant when the current company bought it, they didn’t have any generic competition, simply because the market got so small that it left,” Kolassa said. “So in situations like that, a company can acquire it and raise the price.”

Kolassa says it’s also possible that the demand for even the brand-name drug is so low that it’s hard to recoup the costs of making and selling it.

“Here’s a company that said, well, we can raise the price, keep it on the market and make some money with it,” he said. “Or we can walk away and the product goes away.”

Whatever the explanation, what cancer patients like Elizabeth Wallner see is a drug company taking advantage. She has one word to describe the pharmaceutical executive who decided to double the price of Seconal: “Scumbag.”

Wallner, who lives in Sacramento, Calif., was diagnosed with stage 4 colon cancer five years ago. It spread to her liver and lungs. She always thought that if her suffering became too unbearable, she would consider ending her life. But she never thought about the price tag of the lethal drug.

“You’re going to make money off my death,” she said.

She’s most worried about her son.

“You are literally, at that point, taking the money from children,” said Wallner, who is 52. “Everything I have, if I’m going to die tomorrow, everything I have will be left to my son who will be 20 years old and almost 100 percent on his own.”

Under the California aid-in-dying law, it is optional for health insurance companies to cover the costs of the practice. Most private insurers plan to do so, according to the California Association of Health Plans. So does the state’s Medicaid program.

But for patients who aren’t covered, there is a cheaper alternative: a three-part drug cocktail that can be mixed by a compounding pharmacy for about $400.

Grube says the cocktail works just as well, but doctors usually don’t prescribe it because of the hassle some patients have to go through to get it. Seconal, on the other hand, is a ready-made pill, routinely available at most retail drugstores.

He says advocacy groups like Compassion & Choices are working on campaigns to reduce drug costs and to educate doctors and patients about the law.

“My dream is that any Californian who will choose aid in dying would have few burdens or barriers to jump through,” Grube said.