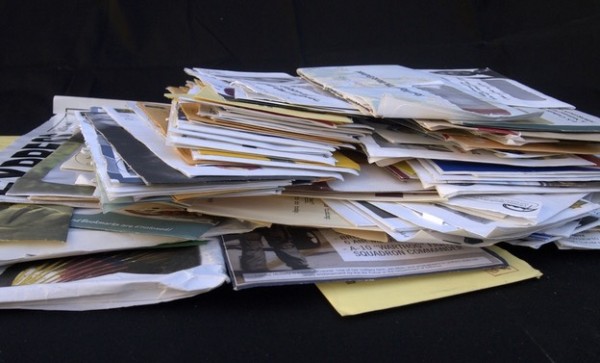 It was five days after Teresa Van Deusen’s sister died when the letter from American Express arrived, offering condolences. How they knew her sister had died was a mystery—Van Deusen never called to inform them, and they hadn’t made any changes on her account. But there it was, a letter expressing sympathies, and also reminding her of the $16,000 in credit card debt her sister owed.

When someone dies, his or her debt doesn’t disappear. His or her remaining assets get pooled together, and then a probate court doles out payments to cover any remaining debts: First the mortgage; then other secured debts, like car loans; and then, if there’s any money left, unsecured debt, like credit cards. If, say, you’re set to inherit the family house but your parents die with debt that their other assets couldn’t cover, a court can force you to sell the house in order to pay off the debts. Most Americans who have debt don’t die with a ton of money or assets leftover, and credit card companies clamber to get to the estate first, since when that money gets paid off to other agencies, the debt goes away.

Credit card companies have two options: Pursue the debt, or chalk it up as a loss to get a tax credit. For example, Van Deusen’s sister had about $5,000 outstanding on her credit card with Wells Fargo, but the bank chose not to chase it down. “They sent a letter that said, ‘We’re declaring this as a loss, and we’re sorry for your loss,’ and [sent us] a 1099-C”—a form Van Deusen would need to pay taxes on the canceled debt. But plenty of other collectors take other strategies.

“Collecting the debts of the dead—particularly the unsecured debt, like credit card debt—is a pretty good racket,” said Oliver Bateman, a former debt collector who wrote for us last year about his demoralizing experience in that job.

The Fair Debt Collection Practices Act prevents collectors from making threats, calling too many times, harassing family members, or using deception in the pursuit of collecting debt. But collectors can contact family members of the deceased in order to reach the administrator of the estate. Some companies take it one step further, trying to squeeze money out of relatives or friends, even though they have no legal obligation to repay the debts of the person who’s died. (The only time a creditor can legally collect from a family member is if someone has co-signed on a loan or if he or she is the debtor’s spouse and live in a community property state.)

Michelle Dunn, a consultant for the debt collection industry who literally wrote the handbook on debt collection, says this kind of thing “happens every day.”

“Some bill collectors will talk to anybody in the family and try to get them to pay a bill. They’ll say it’s their ‘moral obligation,’ which is absolutely false,” Dunn said. “But people are not educated on what their rights are, and if they’ve just had a death in their family, they’re upset. So when a bill collector tells them something like this, they might be more likely to believe it [and agree to pay the debt].”

Bateman told me about a colleague who used a legal research database to track down addresses of next-of-kin, sent those relatives threatening letters about an owed amount, and then persuaded people there was a “moral obligation” to pay it. “A few times, we got payment in full from the kids or other relatives of these people. It was truly breathtaking,” Bateman said.

The Social Security Administration gives notice to financial institutions a few months after someone dies, but debt collectors usually find out much sooner by using databases to track recent deaths. Dunn, who was a bill collector herself before she became a consultant, told me she always read the newspaper obituaries to see if anyone she needed to call had died. “There used to be a newspaper—I’m sure it’s online now—where you could pay for a subscription and see, state by state, the people who have died that day,” she said.

As these online tools become easier to use, collection companies are increasingly more likely to pursue the debt of dead people, one way or another. There are plenty of horror stories: A woman in Hawaii sued Bank of America collectors, after she says they called upwards of 48 times a day just after she received her husband’s life insurance check. (There’s no obligation to use life insurance to pay off debts, unless the deceased person named his or her estate the beneficiary of his or her life insurance money, in which case it gets divided up with the other assets.) Another woman said she was harassed by collectors for five years about her dead sister’s debt, to the point where she moved and changed her phone number multiple times. The collection agency Rumson, Bolling & Associates was sued in 2011 after harassing debtors’ family members, co-workers, and neighbors, as well as threatening to “desecrate the bodies of deceased relatives” if they failed to pay off funeral bills. The company was eventually banned by the Federal Trade Commission from the debt collection business.

But the worst cases are sometimes people who think they’re doing the right thing by informing a bank, loan, or credit card company that the account holder has died, and then get manipulated into paying the debt.

“Someone will call and say, ‘I’ve been going through my uncle’s mail because he’s passed away and I see you’ve sent this letter that he owes some money, and I’m calling to tell you he’s dead,'” said Dunn. “Some bill collectors will then tell them to pay that bill, and they don’t know they don’t need to, so people pay it.”

Van Deusen, who was the administrator of her sister’s estate, estimates that she spent more than 50 hours on the phone with collectors from BBVA bank, and even more with other credit card companies, which she described as “endless, persistent gas lighting.” She was never asked to pay her sister’s debt out of her own pocket, but she says collection agents tried to get the estate to pay off debts that weren’t even real—including nearly $7,000 in fees that were issued post-mortem, and debts that had already been written off. “Death and taxes, sure,” she said, “but dead people shouldn’t be paying debt that the credit card companies have already written off.”

Van Deusen also battled numerous calls from a third-party collection agency that claimed they had purchased her sister’s American Express debt and demanded money from the estate. “I said, ‘Show me a contract.’ Any evidence this was her debt. In the year we were negotiating, they just never produced that.”

Many collection agencies, including the one where Bateman worked, pay employees based on how much debt they collect, which can motivate collectors to squeeze every last dollar out of a family—whether it comes from the dead person’s estate or otherwise. I asked Bateman if he ever felt compelled to bully a debtor, or a family member, in order to earn higher commission. “Sure, all the time,” he said. “Sometimes, I’d have an argument with a particularly sassy debtor who wasn’t going to pay me any money, just because it was fun to do.”

“It’s a recipe for someone to push the limits and break the law because he or she is desperate trying to get these people to pay,” said Dunn. “It’s setting them up to do something wrong.”