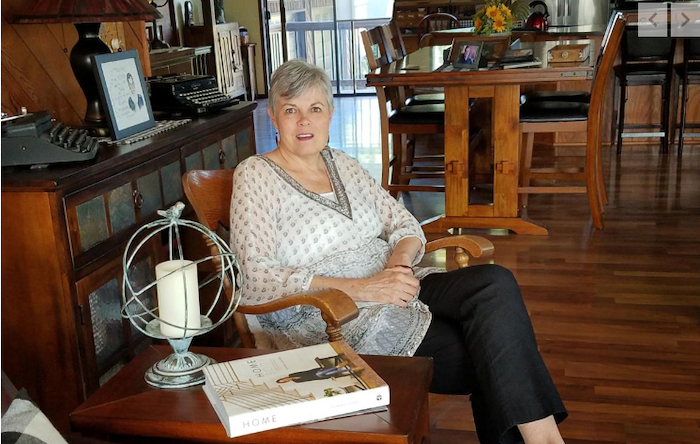 Donna Coffeen remembers hearing about Washington state’s Death with Dignity Act when it passed in 2008.

That legislation allows terminally ill adults who want to end their life ask for lethal doses of medication from a physician.

Coffeen was especially alert to the matter. Her husband, Jon, had been diagnosed with Parkinson’s disease in 2003.

Both Coffeens researched Death with Dignity and were pleased with their findings at first, she recalled.

Parkinson’s is a progressive nervous system disorder that affects movement. The symptoms start gradually, sometimes with a barely noticeable tremor in just one hand. Tremors are common, and so is stiffness or slowing down, according to the Mayo Clinic.

Those issues contributed to why the Death with Dignity act would fail Jon, who could no longer swallow by himself by the time he died last year.

Fatal doses of medication must be self-administered under the law.

Donna, a lifelong educator, wants others to know more about physician-assisted death and what changes would benefit others in her husband’s situation. Particularly in an area like Walla Walla, with fewer health care options, she said.

The Coffeens had been sure of two things for the past several years: Parkinson’s would take Jon’s life too soon, and he didn’t want to end up in a wheelchair or dependent on a caregiver, Donna said.

For better or worse

The couple met while attending Walla Walla University. Their engagement photo, a study of the 1970s in hair and wardrobe, shows two faces glowing with contentment. They married March 19, 1978, in Donna’s hometown of Miles City, Mont.

Jon had arrived in the Walla Walla Valley at age 12, when his family bought 35 acres of farmland along Old Milton Highway, south of College Place. While he and Donna were teaching middle school at Milton Adventist School, Jon built a custom home on a section of that land, Donna said.

“He would get up at 5, come build on this house, teach all day, then build on it at night.”

Jon craved activity. For 41 summers he fished commercially in Alaska. He built fiberglass boats. He loved to hunt and hike and camp. He served with Walla Walla Fire District 4 for more than 20 years, his wife said.

It seemed especially cruel when Jon got the diagnosis of Parkinson’s at age 49. By then, some signs had been present for a few years, such as unexplained fatigue and pain.

The average onset age of the disease is 60, according to Parkinson’s resources.

Donna said Jon was determined to stay healthy as long as possible, despite the diagnosis. Their sons, Phillip and Aaron, were just entering adulthood, and the parents were becoming more free to have adventures.

“He fought as hard as anyone could,” Donna recalled.

“He had nine surgeries in 11 years. He walked every day. He exercised. ”

In 2009, Jon underwent a procedure known as DBS, or deep brain stimulation. A surgeon implants a device similar to a heart pacemaker in the brain. The neurotransmitter delivers electrical stimulation to targeted areas in the brain, blocking the abnormal nerve signals that cause tremors and other Parkinson’s symptoms, said Sherri Woodbridge in writing for Parkinson’s News Today.

Doing so added five or six years of “high quality” life to her husband’s timeline, even letting him captain his fishing boat another three summers, Donna said.

“It brought him back to a level of functioning … But it’s not a cure. The disease will progress past what the surgery will do for you.”

The Coffeen family could tell when Jon’s brain intervention had passed its efficacy. He gave up fishing and firefighting in the same week and eventually began falling at home. The travel they loved stopped. Jon’s exhaustion and pain enveloped everything.

Cannabis use helped a lot. “This was a man who’d never had a drink in his life,” Donna said with a laugh.

Looking back, she could see her husband was beginning to plan for the end of his life.

When Jon began worrying he was developing cognitive issues, “that was his line in the sand,” Donna noted.

In September 2018, Jon mowed the lawn one day and entered Providence St. Mary Medical Center for foot surgery the next.

He ended up in rehabilitation care at a nursing home for about 10 days, his son Phillip said.

It was there his dad’s Parkinson’s symptoms worsened, likely from stress, he added.

Those increased symptoms sent Jon back to the hospital, where he spoke little and stopped eating, Donna said.

“‘This Parkinson’s is coming down on me like a freight train, and I won’t be able to make decisions soon,’ he told me. But I thought he was coming home. I bought a wheelchair and a wheelchair lift just a few days before we figured out what he was doing.”

What Jon was doing is called VSED — Voluntary Stopping Eating and Drinking. Because he could no longer effectively swallow, Jon could not drink a fatal potion of prescribed medicine, nor was that allowable at the Catholic-based St. Mary.

He was too sick to go to another hospital, Donna said.

“He was out of options.”

VSED is an intentional decision to stop taking liquids or nutrition. According to the National Institute of Health, some people at the end of their lives choose this over physician-assisted death to give them more time for family interaction and reflection. In a case of terminal illness, VSED is not considered suicide. Some patients side-step the medical system altogether when choosing this action.

Some accounts say fatal dehydration and starvation are a hard way to end life, but that wasn’t their experience, Donna said.

In any case, she’d already agreed to follow Jon’s wishes.

“He told me, ‘Don’t you dare give me water.’ He was worried about delirium but that never happened,” she said.

“It took awhile for my heart to catch up with my brain. But I had no urge to talk him out of VSED. I did some grieving in front of him, but I would never ask him not to.”

Hospital staff knew what was happening when Donna and her sons brought Jon home the day after he began the VSED process, she said.

“No one actively stopped us, but no one could officially help us. It’s a Catholic hospital; we knew it would be that way.”

Few people understand the real loss of Walla Walla General Hospital or limited medical care choices until it comes to times like these, Donna added.

Friends continued to be a constant support, and the family made sure all home visitors were either on board with Jon’s decision or kept their thoughts to themselves.

While most VSED users die in about seven days, Jon took 12, she said, attributing that to his age.

Donna said she believes her husband wanted to go while his wife could still have an active life.

“I miss him, but he would not be happy if I quit living life to the fullest … In the last year it was like living with a ghost,” she said.

Advances in medical technology are wonderful, and the Coffeens took advantage of those while it made sense.

“But many people prolong things, too. We were right on the edge of hell.”

She might choose the same, given Jon’s shoes to walk in, Donna added softly.

“Our family considers him a hero for doing this.”

After 40 years of marriage, it’s hard not to feel cheated by Parkinson’s, she said, noting Jon’s parents lived into their 90s.

But Donna is learning to live alone. Toby, the “mostly” shih tzu puppy, joined her not long after Jon died and provides a reason for routine, she said, offering the bouncing, barking dog a few Cheerios during the interview.

At 63, Donna said she’ll retire soon. She believes a mission is ahead for her and suspects it’s bringing awareness of end-of-life matters.

“I strongly feel something needs to be done. I just don’t know the next step yet,” she said.

“Maybe it’s time to take another look at the law.”