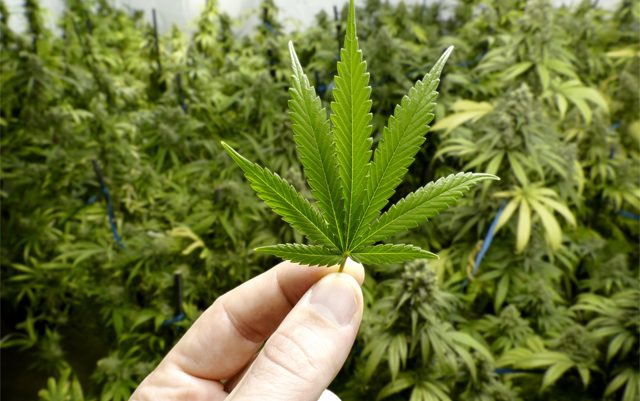 Most treatments are meant to heal, but some are for palliative care (end of life care) in terminally ill patients. Palliative care is to provide symptomatic relief from a chronic and serious illness, and to reduce the risk of developing co-morbidities and also to improve the patient’s quality of life. The aim of the palliative care is not to treat or cure the underlying disease, but to treat the bothersome symptoms of the disease. Some of the illnesses that may utilize palliative care treatments include cancer, HIV/AIDS, ALS, multiple sclerosis, etc.

Finding a proper and safer course of treatment (long-term drug safety) is one of the main challenges being faced by palliative care practitioners. The goal of the drug regimen is to alleviate the symptoms as well as to mitigate the adverse events of these drugs. For palliative care of cancer patients, opioid analgesic is the prime choice of physicians, but it can cause serious harm – or even fatal events – in the long run.

The therapeutic potential of cannabinoids to treat sleep problems, pain and anorexia might play an important role in palliative care. Cannabinoids promote analgesia and inhibit inflammation via endogenous signaling, along with other benefits such as neuroprotection and anti-cancer activity, which are significant for terminally ill patients. In cancer patients, exogenous cannabinoids act synergistically with endogenous opioids and provide pain relief, opioid-sparing benefits and reduce opioid dependence and tolerance threshold. Cannabinoids may have palliative benefits not only for cancer patients, but also in neurodegenerative, HIV/AIDS and chronic pain patients. Despite these benefits, the use of cannabinoids in critical and palliative care patients remains controversial.

According to DEA classification, cannabis is a Schedule I drug that is hazardous and without any medicinal value. Most cannabis strains do not exceed 20% THC, whereas prescription drugs, such as Dronabinol, has a 100% THC-like substance, which has been classified as Schedule III drug. Naturally occurring cannabis has several ingredients that augment the treatment benefits and negate the adverse events. However, this is not applicable in synthetic, single compound cannabinoid formulation. To reduce opioid-related morbidity/mortality and improve palliative care in terminally ill patients, considering the cannabinoids as a mainstay pain management drug is the critical need at the moment.

The risk-benefit profile of cannabinoid-based medicine greatly depends on the drug formulation and route of drug delivery.

Opioid overdose-related deaths are rising across the world and in the United States. Increased availability of synthetic opioids worsens the overdose mortalities, and most of the cases are due to misuse or accidental exposure. The widespread expression of mu-opioid receptors in the brainstem leads to increased binding of opioids, which also controls the respiration and is the cause of opioid overdose mortality. Overdose opioids bind with these mu-opioid receptors, which results in the suppression of breathing and death. Long-term opioid treatment also leads to development of tolerance, and the patient often requires incremental dose increases for better pain management. Although, mu-opioid antagonists, such as naloxone, are available to reverse overdose, it must be administered within few minutes of overdose crisis, which is not always possible. In addition to opioid tolerance, opioid dependence or addiction can develop during palliative care. Opioid addiction is a serious, relapsing and chronic neuro-psychiatric illness that requires long-term treatment for recovery.

Why Cannabinoids Are Better Than Opioids In Palliative Care

Palliative care patients can easily obtain prescription medical cannabis from these legal dispensaries to reduce their reliance on opioids, prevent the opioid-related problems and also for better management of their symptoms. According to Nora Volkow, Director of the National Institute of Drug Abuse, the evidence about the efficacy of cannabinoids is strong and cannabis could ‘provide a powerful new tool’ to combat opioids and their related problems.

According to a comprehensive literature review of available studies, patients reported improvement in quality of life, and the improvements were considered as a therapeutic outcome by the patients. However, the healthcare providers raised concerns, and were in a dilemma about supporting the therapeutic cannabis use, as the used cannabis was illegally obtained.

A Norwegian study concluded that cannabinoids possess therapeutic effects in neuropathic pain, as well as moderate anti-emetic and appetizing effects in certain groups of patients. Due to non-availability of randomized clinical trials, the study authors were unable to recommend the medical use of cannabis. All of these symptoms and indications are applicable for palliative care cancer patients. To treat vomiting, anorexia and pain, a regimen of at least three drugs should be administered, and the patient must go through the side effects of these medicines. Instead of three drugs, cannabinoids as a monotherapy can be considered to treat all three symptoms, which are common in terminally ill cancer patients. Hence there are grounds to employ medical cannabis as a palliative care drug.

Analgesia is a common benefit shared by opioids and cannabinoids. However, cannabinoids differ from opioids in anti-nociception by the involvement of endocannabinoid system. Further studies suggested the additive effects of cannabinoids and opioids in pain modulation. Medications being prescribed to augment the opioid effects and to reduce the opioid doses are called opioid-sparing drugs. Cannabinoids can greatly increase the analgesic potency of opioids and thus relieve pain in lower doses of opioids. According to studies, cannabis greatly reduced the need for opioids, or even complete eliminated the need for opioid use. Additionally, the cannabinoids work synergistically in alleviating some of the symptoms of terminally ill patients, such as pain in end-stage cancer patients.

Conventionally, palliative care management for most of diseases – including cancer – is opioids. Due to inevitable risk of tolerance, the patient has to take more and more narcotics, even if the drug provides little relief. Higher doses can make the patients become more confused and lethargic, with the risk of developing depression, anorexia, nausea and vomiting.

Cannabis could definitely reduce the dosage of these narcotics and also improve the symptoms by its synergistic actions. For terminally ill patients, marijuana could reduce the anguish, improve the quality of life and may also add days to their life.