How Fear Of Death Drives Our Behavior 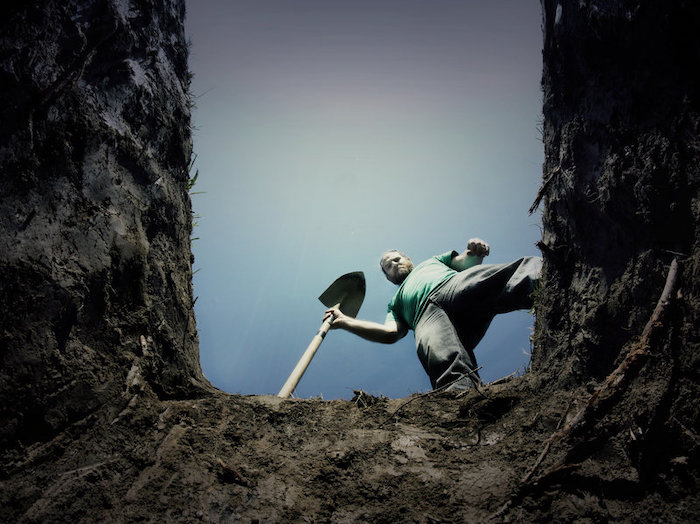 Many people tend to push frightening realities out of mind, rather than face them head on. That’s especially true when it comes to the terrifying event that no one can escape—death. Psychologist Sheldon Solomon says people may suppress conscious thoughts about their mortality, but unconscious ones still seep through.

In the book The Worm at the Core: On the Role of Death in Life, Solomon, along with psychologists Jeff Greenberg and Tom Pyszczynski, illustrate how death anxiety influences people’s behavior in ways they would never suspect. The fear of death is so overwhelming, they say, that people go to great lengths to seek security; they embrace belief systems that give them a sense of meaning—religion, values, community.

Through decades of studies, Solomon and his colleagues have shown that people suppress their fear of mortality by supporting those who are similar to themselves. “If somebody does something that’s in accord with your belief system then being reminded of death should make you like them more so,” Solomon says.

People don’t just respond by clinging to their in-group. They act in ways that make them feel better about themselves, whether that’s demonstrating their physical prowess or buying status goods. In short, Solomon says, “we shore up our self-esteem in response to existential anxieties.”

This week on Hidden Brain, we learn how the specter of death hovers in the background, shaping everything from the risks we take to the politicians we elect.

Hidden Brain is hosted by Shankar Vedantam and produced by Jennifer Schmidt, Rhaina Cohen, Parth Shah, Laura Kwerel, and Thomas Lu. Our supervising producer is Tara Boyle. You can follow us on Twitter @hiddenbrain, and listen for Hidden Brain stories on your local public radio station.

The Worm at the Core: On the Role of Death in Life, by Sheldon Solomon, Jeff Greenberg, and Tom Pyszczynski, 2015.

The Birth and Death of Meaning, by Ernest Becker, 1971.

These articles describe how death reminders influence the following behaviors and preferences:

– Desire to harm someone who doesn’t share your beliefs