Here’s How We Survived. 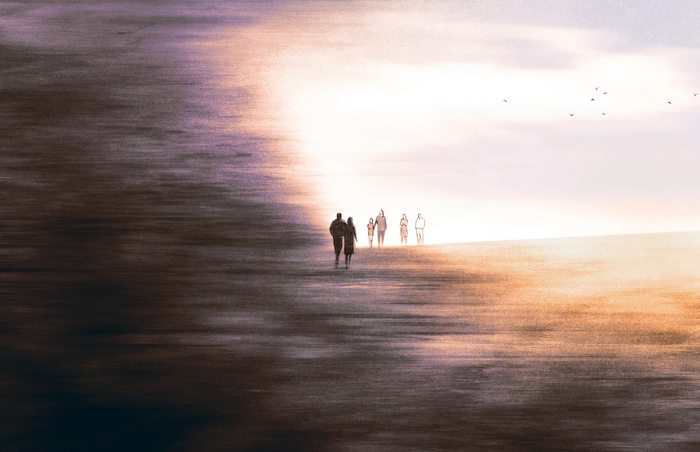 I tried many of the supports available to help parents heal, like therapy, support groups, exercise and finding a way to honor our son’s memory.

On Sept. 7, 2017, my 31st wedding anniversary, a date marked by happy memories turned tragic. That was when I learned that my 23-year-old son, Garrett, had died by suicide. Two-and-a-half years later, the news that brought me to my knees rings in my memory as if it were delivered just yesterday.

Garrett was popular, talented and loved by his many friends and family members. Yet he felt alone in his struggles. Despite our fervent efforts to get him help, he slipped through our grasp. My husband and I had to come to terms with the most brutal outcome for a parent: We could not save him.

Our son is part of an epidemic of youth suicide. He was one of 6,252 Americans ages 15 to 24 who officially died by suicide in 2017, according to the Centers for Disease Control and Prevention. Any loss of a child is devastating. But a suicide death takes a particularly severe toll on the survivors. Research shows that people who are grieving a suicide are 80 percent more likely to drop out of school or quit their jobs — and 64 percent more likely to attempt suicide themselves — than those who are grieving sudden losses by natural causes.

Parents often become immersed in self-blame, said Richard Tedeschi, a clinical psychologist in Charlotte, N.C., and author of “Helping Bereaved Parents.” They can be tormented by thinking about what they could have done differently to prevent the suicide. If your child seemed to be thriving and there were no warning signs, you think you should have noticed them. If you knew your child was struggling, you feel you should have been more vigilant to prevent the suicide. There also may be stigma attached to a suicide death that makes the loss even more painful.

Despite the agony, my husband and I made a deliberate choice not to crumble. We agreed that it would not be fair to our surviving daughters to disengage and surrender entirely to the grief. They were grieving the loss of their brother, and we needed to stay present for them.

As a journalist and resource seeker desperate to get through each bleak day, I tried out many of the supports available to help parents gain comfort and start to heal.

The first involved seeking professional help from a therapist. “Sudden death is traumatic,” said Jonathan Singer, president of the American Association of Suicidology. Therapists can be especially helpful to survivors in coping with post-traumatic symptoms that often accompany suicide deaths in the form of flashbacks, nightmares and anxiety, he said.

Peer support groups, where you are joined by others who have lost a child to suicide, can be particularly helpful. “That shared sense of the journey you’re on is so reassuring, and those are the people who will remember and stand by you,” said Dr. Tedeschi. “You’re with people who get it,” added Pamela Gabbay, interim executive director of the Compassionate Friends, which runs support groups for those who have lost a child or grandchild. “That peer model is truly invaluable,” she said.

My husband and I attended a support group, facilitated by social workers, for those who lost children to suicide. Though each of our circumstances were in some ways unique, we found solace in each other, while the social workers suggested strategies for self-care and resilience.

I also joined three online groups for parents who had lost children to suicide. When I was struggling with relentless painful thoughts, I could get immediate helpful advice from others, some of whom were several years into the journey. I benefited from their wisdom and ended up connecting off-line with two mothers. One lived across the country and had a son, also named Garrett, who took his life just two weeks before mine. Another, in a different state, turned out to be someone I recently had contacted to interview for a story. I bonded immediately in phone conversations with these women as we listened intently to each other’s struggles, providing a crucial sounding board.

Experts say that both online and in-person support groups can be useful, depending on your willingness to engage with strangers. Vanessa McGann, chair of the American Association of Suicidology’s Loss Division, said that in-person groups help you build friendships in a more personal, immediate way, but it’s not always possible to find a group of parents who have lost children to suicide in your area. Online support is more widely accessible and available any time of the day. “For bereaved people, often the nights are the worst. You wake up at 3 a.m. and there’s no one to turn to,” Dr. Gabbay said.

Much research has shown the benefits of exercise in keeping depression at bay. I have exercised nearly every day since I was diagnosed with breast cancer in 2002, and for me it continued to be therapeutic. This includes a weekly ballet class, which I returned to a few months after my son’s death. In this creative outlet, I can momentarily lose myself in the movement and the classical music.

Dr. Christine Moutier, chief medical officer at the American Foundation for Suicide Prevention, said that for some people, exercise can be as helpful and potent as other aspects of a treatment plan, such as medications or psychotherapy. But she emphasizes that it can be difficult to get motivated to try something new when you’re reeling from a suicide death. “Go to the self-care activities you know worked for you in the past but don’t be afraid to try new things when you’re ready,” she said. She also suggests meditation, yoga and deep breathing techniques. Practicing breathing techniques for as little as three to four times a day for one minute at a time is a simple yet powerful way to lower stress-related cortisol levels and prevent your brain “from going into overdrive,” she said.

Finding a way to create meaning out of your child’s suicide can be a significant source of healing. Within a year of our son’s passing, joined by leaders in the mental health field, my husband and I established a nonprofit called Garrett’s Space to create a holistically focused, stigma-free residential center for young adults with significant mental health challenges. It’s intended to fill a major treatment gap, fostering hope and connection for young people who often feel alone in their struggles.

In many ways, this project has been emotionally exhausting, but the initiative has provided an essential way for my husband and me to feel that we are honoring our son’s goodness.

Dr. Tedeschi said grieving parents don’t have to invest the time and energy in starting a nonprofit to see the benefits. “What’s most important is to do something that benefits other people, something that is of service to others.”

There obviously is no panacea, and every circumstance is different. Time ultimately may be your greatest ally, Dr. Singer said.

“The grief will never go away completely,” Dr. Singer said, but as the months and years pass, “you’ll have longer stretches between episodes of debilitating sadness.” Dr. McGann says that eventually, the emotions that surface from the memories of your child will be positive instead of the frightening or traumatic ones surrounding his or her death.

Dr. Tedeschi and other experts also said that some bereaved parents eventually go through a period of “post-traumatic growth,” which can lead to a greater appreciation for the value of life, positive changes in relationships and a recognition of personal strength. Of course, it’s hard to view suicide loss through an optimistic lens. As for me, I must accept the life I’ve been dealt, post September 2017. And I have to find a way to live it.