Sixteen months after my grandmother died, my family finally gathered to bury her. 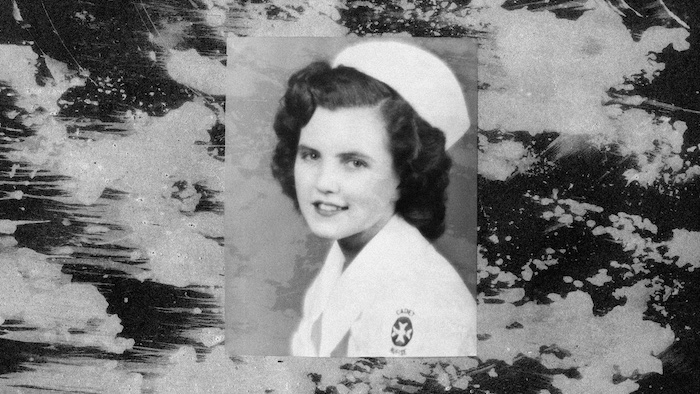 On Saturday, we buried my grandmother. Meemaw died in April 2020, during the first wave of COVID-19 casualties in America, at the age of 94. For months, her death had felt abstract; I was 900 miles away from my family, and I felt like I was holding my breath, unsure how to fathom the loss alone. Sixteen months later, I finally exhaled. We buried Meemaw’s ashes next to my grandfather in a small cemetery in central Iowa, where my grandmother had spent most of her life and where she’d raised my dad and his siblings. Six of my family members stood by her grave. My dad played guitar. Her urn was decorated with cattails and tiny squares of blue glass.

COVID-19 has killed more than 621,000 people in America so far. It has also robbed us of our ability to grieve together. Grief experts haven’t really encountered this phenomenon—this delayed group mourning—before. But lots of people have spent some part of the past year and a half like I have, fumbling their way through loss on their own.

Funerals and similar traditions exist to provide assurance and acknowledgment to loved ones; those ceremonies are delayed, sometimes indefinitely, when verification of death is impossible. Families of missing soldiers or kidnapped children tend to have a harder time with grief because their losses are wrapped in uncertainty. “If we don’t have evidence of some sort, somehow, cognitively, it’s difficult for us to realize they actually have died,” Pauline Boss, a family therapist and an author who studies these sorts of ambiguous losses, told me. Ambiguous loss applies in the case of COVID-19 too, Boss said. Those taken by the disease are gone, their deaths verified. But many of the people they’ve left behind are nevertheless unable to mark their losses with the usual traditions. The virus has disrupted our oldest rituals.

Some people have not been especially bothered by this disruption; perhaps they found relief grieving privately, and without having to host a stuffy luncheon or prepare remarks. But for many people who have lost a friend or a relative during the pandemic, the experience has been disorienting. “The last 18 months have been a time of unreality. All the physical touchstones have disappeared or been altered,” Megan Devine, a psychotherapist and the author of the book It’s OK That You’re Not OK, told me. Funerals bring a kind of reality to the experience of death that some people need. “Loss is a place beyond language, and when you gather in person, you can convey things without needing to rely on words,” Devine said. Zoom services have been meaningful for many people, but they haven’t really been the same: During a funeral, you can offer a gentle hand squeeze or pat someone’s back. You can share the same meal and meet the people who loved your loved one too. Deaths create vacancies in our lives; those rituals and quiet interactions are how we acknowledge the empty space.

Meemaw’s burial was simple and small; only six of my family members were there. (Three had been exposed to the virus and stayed home.) But it felt good. We stood in the warm sun and said the Lord’s Prayer. We laughed at the pastor’s awkward jokes, and sang along as Dad played a hymn that Meemaw loved on his guitar. We didn’t sound good, but she would have liked it.

Later, we had a family lunch at the Lutheran church, where we ate two kinds of casseroles and pillowy Norwegian sugar cookies. I hugged my uncles and showed my aunt pictures of my new dog. A friend of Meemaw’s told me how much Meemaw had loved to organize church dinners, how she gathered wildflowers and carefully arranged them in colored-glass vases on every table. During the war years, Meemaw had been a cadet nurse, part of a program launched by the U.S. government to address the domestic nursing shortage. At the luncheon, we put up a photo of her from 1944; she had a white cap and dimples. Silver-haired ladies came up to tell me they’d worked with Meemaw at the VA. They talked about my grandfather, a Navy radioman who’d met Meemaw at a VA dance. The two of them helped build the church where we stood.

People don’t need to have a funeral to grieve well; so many of us have spent the past year and a half learning this—and discovering that we’re sturdier than we think. Nothing about a memorial service cures grief or provides the ultimate closure for a loss, and with the rapid spread of the Delta variant, planning a memorial service is inadvisable in many parts of the country right now. But it’s never too late. You can wait 16 months or three years or a decade and still feel good standing in a circle and laughing, or crying over cold pasta salad.

At the cemetery, while the pastor talked, a dragonfly zipped out from behind him and swooped over Meemaw’s grave, low enough that I could make out the pattern on its iridescent wings. I don’t believe that the dragonfly was some kind of sign from God. But it was nice to watch it together.