COMMENTARY (Campaign for Dignity in Dying)

The Archbishop of York has been talking about the medicalisation of dying and that, as a society, we seem to have lost the ability to prepare for the end in the Telegraph. On this I agree. More does need to be done around ensuring we are as involved as possible in our deaths, this could include making an Advance Decision and making sure you’ve discussed them with your healthcare team and family. 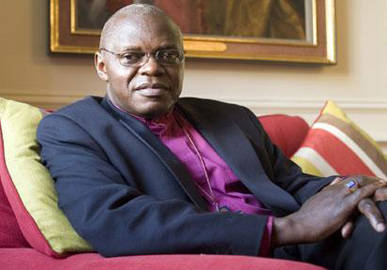 However, what I do have issue with is the way he implies that assisted dying in the UK would be an alternative to good quality care. We campaign for the legalization of assisted dying as a safeguarded choice for terminally ill adults who meet strict criteria – it would not be available as an option for disabled or chronically ill adults who wanted to end their life, nor would it be an alternative to – or negatively impact on – supportive and palliative care.

Evidence from Oregon, where assisted dying for terminally ill adults with mental capacity was legalized in 1997, demonstrates that lack of palliative care is not a motivation for requesting assisted dying. Nearly 100% of patients who have had an assisted death were enrolled in hospice care at the time of their death and reasons for wanting assistance to die focus on autonomy and quality of life issues, rather than pain control and feeling like a burden on family. Importantly in Oregon, there has been no negative impact on end-of-life care in general and hospice care continues to get better and Oregon is fifth in terms of access and spread of hospices.

Similarly, in 2011 the European Association for Palliative Care produced a research report which concluded that palliative care in countries with legalised assistance to die practices (primarily the Netherlands and Belgium, both of which practice voluntary euthanasia for terminally and chronically ill patients – which is wider than what Dignity in Dying campaigns for) is no less well developed than in comparator countries where there is no such legislation.

The argument that the Archbishop makes about celebrating and living life to the full and that a good death is also part of a good life do not run counter to the arguments for assisted dying. Allowing safeguarded choice on the end of your life if you have a terminal illness means allowing peace of mind and control over your situation and allowing you emotional comfort in your last weeks or months (in Oregon approximately 40% of patients who request assisted dying, pass the safeguards and get the life-ending medication do not take the medication – rather they see it as an emotional insurance).

So, whilst the general statements by the Archbishop around needing to embrace the dying process as a necessary part of life are to be applauded, perhaps he needs to check the facts before making statements about the impact of assisted dying on quality of care. Many people talk about death and dying because they talk about assisted dying. Rather than attacking those who support a change, those strongly opposed should acknowledge common-ground and seek to work together for much needed improvements.