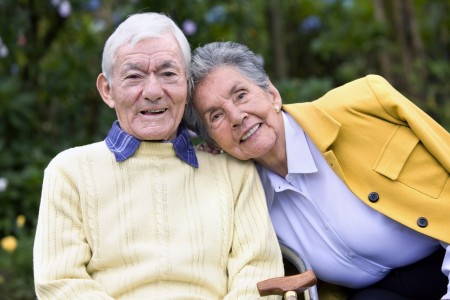 Sex therapist Shirley Zussman insists that “in the long run, sexual pleasure is just one part of what men and women want from each other.” Zussman, still practicing, is now over 100 years old. She has worked with William Masters and Virginia Johnson, renowned pioneers in sexuality research, and is the creator of the blog “What’s Age Got To Do With It?” She is one of countless others who emphasize the importance of sex at every age.

The benefits sex normally yields become more imperative as we age. Senior sex promotes cardiovascular health, pain relief and can ward off feelings of depression and isolation that become more prevalent with senescence. However, when a senior citizen enters a nursing home or long-term care facility, they are often discouraged from having a sexual relationship with other residents.

In nursing homes across the country, elders are being denied their natural right to intimacy. Only four states protect the right for unmarried and married couples to have private visits. 18 states address the right to a private visit by married couples, and the remaining 28 states adhere to federal regulation that does not entitle residents to a private room. Most nursing homes lack a clear policy on sex and relationships. To treat consenting adults as asexual, or to ignore their sexuality altogether is cruel and paternalistic.

Affection between elders is sometimes infantilized as cute, or rebuked by juveniles as gross. This promotes ageism and the stereotype that sex is only for young people. Some seniors reflect that sex and intimacy improve with age. Our culture has a significant lack of understanding about how the dynamics of sex and relationships change as people age. We may not like to think of the sex lives of our parents and grandparents, but we must comprehend and protect their needs when they are under scrutiny.

The Hebrew Home in Riverdale, New York, has pioneered a sexual expression policy, in which residents are encouraged to pursue sexual relationships if they so desire them. Residents even relish in the home’s senior prom, which they say makes them feel young again. The progressive approach was introduced not only to promote comfort, but to set a standard for how staff should approach intimacy among residents and to protect other residents from unwanted advances. The home’s staff supports their residents’ autonomy, with one aide constructing a do not disturb sign.

Of course, geriatric sexual expression is not devoid of complications. The issue of consent in patients with Alzheimer’s and dementia has spawned numerous legal battles. In 2014, Henry Rayhons was acquitted of sexually abusing his wife who suffered from Alzheimer’s. The Hebrew Home assesses consent on a case-by-case basis, allowing even residents with cognitive impairment the right to have sex in certain situations.

Because pregnancy is no longer a concern, many seniors don’t feel the need to use condoms, which is partially responsible for the burgeoning growth of STDs in nursing homes. Care facilities have an obligation to address the sexual health of their residents with proper education and an open dialogue. In Australia, former nurse Elaine White discusses the importance of K-Y Jelly, Viagara, sex aids, vibrators and even pillows to support limbs with residents.

As the generation that sparked the sexual revolution begins to enter long-term care facilities, we must promote a conversation that is sensitive to the needs of our aging population and maintains the autonomy and dignity that comes with sexual well-being.