Caitlin Fitzmaurice and Richard Thompson met a few months after Ms. Fitzmaurice’s mother died. Their relationship soon became a reminder that joy can be found amid sorrow. 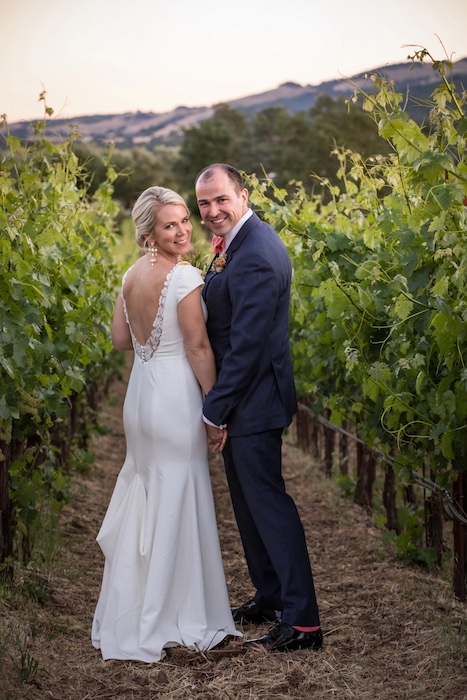 During their first date, at a gallery in Manhattan in November 2019, Caitlin Wynne Fitzmaurice and Richard Lathen Thompson broached the topic of grief. They had matched on the dating app Hinge a week earlier and at the gallery, Ms. Fitzmaurice mentioned that she was from California. When Mr. Thompson asked if she went back often, she answered honestly — her mother had died from cancer eight weeks earlier, and she had spent the three years before her death going back and forth between New York and California in order to spend time with her.

Ms. Fitzmaurice wasn’t sure how Mr. Thompson would react, and was surprised when he told her that he had lost his father to cancer. He shared how hard it was for him when his father died, and how sorry he was for her loss.

“He didn’t nod away from it,” Ms. Fitzmaurice, 35, said. “Right away I appreciated that he didn’t change the subject.”

Mr. Thompson, 37, suggested that they continue their date at a restaurant nearby, and over tapas they learned how much they had in common. They both studied French in college and taught English abroad after graduation.

“Pretty early on I was like, Oh, wow, this guy is definitely someone I want to see again,” Ms. Fitzmaurice said.

The next night they both left work early to meet up for drinks in Greenwich Village, and kept in touch when Ms. Fitzmaurice went back to California for a week to spend Thanksgiving with her family. When she returned, Mr. Thompson helped her carry a Christmas tree up to her apartment. A month later, he helped her carry it down to the curb, much to the chagrin of her superintendent, who was not impressed with the amount of dead pine needles they tracked through the lobby.

“The pine needles exploded over everything,” Mr. Thompson said. He helped Ms. Fitzmaurice clean up the elevator and lobby, which only confirmed her suspicion that he was “a good guy.”

In January 2020, Ms. Fitzmaurice was planning to return to California to attend a memorial ceremony for her mother. Even though they had only been dating for about two months, she asked Mr. Thompson to come to the service with her.

“Having gone through this process of grieving with my own father, I just knew that it was really helpful to have the support of someone close to you through this process,” Mr. Thompson said. “Whether or not we were gonna be life partners or just friends, I knew I wanted to be there for her for this difficult moment. It was a huge step, and I’m really glad I did.”

The service was a bonding experience for the couple, and their budding relationship was a welcome source of hope for Ms. Fitzmaurice’s friends and family.

“Nothing would have made my mom happier than for me to have a partner at the service,” Ms. Fitzmaurice said. “To have him at the service was a really hopeful thought for our family and friends, to see that life continues on, and there can be a lot of joy along with sorrow.”

After the ceremony, the couple returned to New York and planned a ski vacation in Salt Lake City in early March 2020, but just as they arrived, ski resorts began to shut down because of the coronavirus. Mr. Thompson suggested they spend a few weeks with his family in Kansas City before returning to New York. Weeks turned into months, and the couple relished the time they got to spend living with Mr. Thompson’s family in his childhood home.

Ms. Fitzmaurice, who is the senior director of culture for ViacomCBS in New York, moved back to New York in August, where she is currently pursing an M.B.A. at Columbia. Mr. Thompson, who is a senior associate for the Federal Reserve Bank of New York, returned in September, and moved into Ms. Fitzmaurice’s apartment a few weeks later. In November 2020 he proposed to Ms. Fitzmaurice in front of a socially distanced group of friends and a live jazz band in Central Park.

“She makes me feel really fulfilled through her vulnerability and affection,” Mr. Thompson said about Ms. Fitzmaurice, who plans to take Mr. Thompson’s last name. “She’s got a lot of grace and optimism that I really cherish.”

The couple were married on May 27 at Hamel Family Wines, a winery in Sonoma, Calif., before 12 family members. Dr. Erin Rhae Biller, a minister with the Universal Life Church, a naturopathic doctor and a friend of the family who cared for Ms. Fitzmaurice’s mother when she died, officiated.