Like it or not, death is the inevitable conclusion of all our lives. Although it’s a normal, natural process, it isn’t an easy or straightforward thing to deal with. 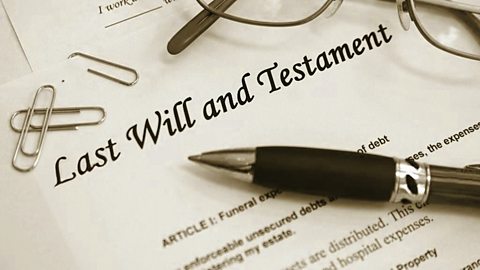 [W]hile we can’t stop death, there are things we can do.

If you find it too difficult to talk to family and friends about death, you could always try talking to complete strangers over coffee and cake.

At a Death Café, people who’ve never met before come together to discuss the end of life.

The idea began with an art exhibition held by Swiss sociologist Bernard Crettaz in 2004, but became a global phenomenon when Jon Underwood began hosting events in London in 2011.

Dr Naomi Richards from the University of Glasgow is researching the phenomenon and has found that participants are able to sympathetically engage with each other’s thoughts and experiences on death and dying.

But Death Cafés are not the only option.

Some people hire a ‘death doula’ to assist them through this part of life. The assistance they provide varies greatly, from talking about death through to assisting them at their bedside.

“It’s much harder not to do something than to try and do it. We’ve got generations of doctors, me included, who have been weaned on the idea that we can fix everything.”

But extension of life may come at cost of quality of life.

Linda Tierney was diagnosed with terminal cancer and told she wasn’t likely to live more than a year.

She decided not to have further treatment as she felt the side effects would be too great.

Another area where patients can make decisions ahead of time is about what to do in the event of our heart stopping.

In Scotland, a system called eKIS is used by hospitals, GPs and ambulance staff. Through this, we can record if we do not wish to be resuscitated.

In Cradle to Grave, Dr Dan Beckett explained the crucial difference between a cardiac arrest and natural dying.

While a cardiac arrest might be reversible through cardiopulmonary resuscitation, better known as CPR, in the case of natural death the heart stops because the body itself is dying.

Linda has played an active role in organising her own funeral, with the help of her son and a Marie Curie nurse.

“She said ‘I am. I’ve been doing this job for 17 years and I can assure you you’re going to look the best you’ve ever looked!’

“Everything is done. Music done. Ministers been told what songs are being played. What readings I want. Everything has been sorted.”

Sort out your will

Hilary Peppiette is a solicitor who is also training to become a death doula.

She says making a will is one of the best ways to make things easier for your family after your death.

“Primarily in your will you appoint executor to deal with your estate after your death, to make sure your wishes are carried out.”

“You decide who is going to benefit from your estate after your death. It is very important to put it down in writing to make sure that the people you want to be provided for are provided for.”

“It doesn’t always happen automatically the way that people sometimes think it sometimes it will. Even if you feel you have nothing to leave, you don’t have very much in the way of assets, it’s very important to write down what you want to happen.”