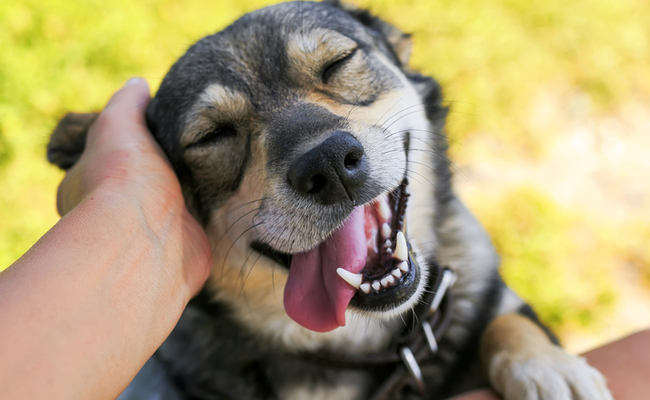 Grieving over the loss of a pet is traumatic. But sometimes, it can be even harder when we know that our dogs don’t have much time left. Anticipatory grief is real, and it’s a completely normal emotion to feel.

Dogs are very intuitive, and your grief may be contagious to your ailing pet. Perhaps instead of spending your remaining time with your canine companion in a state of grieving and sadness, you can make the rest of your dog’s life as comfortable and wonderful as possible.

Here are some tips on how to make your dog’s last days the best that they possibly can be.

Dog parent Riina Cooke made the decision to make a bucket list for her terminally ill Boxer, and it helped her with the grieving process tremendously. From a cheeseburger to a pedicure, she filled her dog’s remaining time with fun and happiness.

What makes your dog ecstatic? Is it taking luxurious car rides? Hanging out with some of their favorite friends?

Create a list of what your dog loves to do best, and cross off as many as you can as long as your dog’s health and safety permits.

There’s nothing better than seeing your pup at their happiest, and there’s no better way to remember them than in that state, as well.

Go All Out With The Food

If your dog’s vet agrees that certain people foods are okay for your dog to ingest, give your pup the tastiest, most decadent food possible.

When my childhood dog, a nine-year-old Cocker Spaniel, was suffering from a myriad of ailments, we gave her steamed rice and steak every night for dinner. Some nights, her dinner was fancier than what the humans of the household were eating.

Ask your vet which foods are appropriate, and start making Fido gourmet meals.

Indulge In All Forms Of Pampering

Go buck wild with any and all forms of pampering, especially anything that will relax and soothe your dog.

Have a dog masseuse come to your house. Go to a dog bakery and get them the most outrageous dog cake you can find.

You can even go a little less traditional route and do things like take your dog to a pet communicator or psychic to hear what they’re really feeling. You may not be a believer, but it will probably be a fun experience and a fond memory.

Get Educated On Pain Management

This may not be the most fun part of the list, but it’s crucial. If your dog is suffering, it may not always be apparent that he or she is in pain. Educate yourself on the signs of pain in dogs.

If your dog hits a point of extreme pain or a point where you cannot take care of your pup yourself, it may be time to consider dog hospice care. Much like human hospice care, dog hospice care is from the comfort of your own home.

You can work with your vet on things like administering medications and deciding if and when it’s the right time for euthanasia.

Allow Your Friends And Family To Help You

In order for you to be in the right state of mind for when your dog is nearing the end of their life, you should have a solid support group. Talk to friends who know your dog well, family, and a veterinarian you can trust.

Many animal hospitals also offer support groups. By having this ring of support for yourself, you will be able to effectively and lovingly support your pooch through this painful time.

Letting go of a dog is never easy, but you can make it as positive of an experience as possible for both you and your dog.

If you’ve gone through the grieving process of a dog passing away, what did you do to make your dog’s last days their best? Do any fond memories bring you comfort? Let us know in the comments below!

The cult of the skeletal image, as it is practiced today, emerged in the middle of the 20th century, but has its antecedents in the viceregal period, according to the anthropologist Katia Perdigón.

According to the National Institute of Anthropology and History (INAH), the cult of Santa Muerte is known today for their prayers and the veneration of the skeletal image, which you might think was adopted into Mexican culture. However, it has a long history in Mexico.

In an interview that the INAH conducted with the anthropologist Katia Perdigón, she says that Santa Muerte has its antecedents from colonial times. Although for many the word «death» is a taboo that when mentioning it produces silence, admiration and fear.

The doctor in Social Anthropology, and a pioneer in studies on Santa Muerte, mentioned that this “icon comes from macabre dances and some Greco-Latin designs, hence the presence of the scythe, the mantle and the balance, to mention a few elements ”.

By the 19th century, the followers managed to separate their ideologies and there were some who decided to continue preparing for the “good to die” and continued to worship the image of death.

Since the Colony, it was sought to evangelize devotees and converts so that they had a «good death». Reason why at that time you could see large sculptures with the skeletal image that went out in procession on Good Friday. Of these great sculptures, at least three are preserved in the country: the Holy Death of Yanhuitlán, which is visited in the former Dominican convent of that Oaxacan town; and known as San Bernardo and San Pascual Bailón, in Tepatepec, Hidalgo, and Tuxtla Gutiérrez, Chiapas, respectively, said Katia.

«In colonial times, the Catholic Church saw this veneration as heresy towards the skeletal image of death. According to inquisitorial documents from the 17th and 18th centuries that I was able to consult, retaliation was not directed at the people involved, but at the action itselfEven in 1797 a chapel was razed to the ground in the town of San Luis de la Paz, where this cult was practiced, ”said Perdigón Castañeda.

By the 19th century, the followers managed to separate their ideologies and there were some who decided to continue preparing for the «Good to die» and they continued to worship the image of death.

“Thus a totally different iconography emerged, for example, the macabre dances and the representation of the Triumph of Death turned into something else, in such a way that they are retaken to carry out political mockery, this was started by the cartoonist Gabriel Vicente Gahona (‘Picheta’) in the southeast, and years later José Guadalupe Posada did it, with the image of La Catrina ”.

According to the National Institute of Anthropology and History (INAH), the cult of Santa Muerte is known today for its prayers and veneration of the skeletal image, which one might think was adopted into Mexican culture.

«The same,» the anthropologist continued. (Santa Muerte) housewives approach her, that doctors or policemen; However, at the end of the nineties, yellow fever has linked its cult to outlaw groups or people who live or work in the streets, after it was reported that the kidnapper Daniel Arizmendi, alias “El Mochaorejas”, captured in that decade, He was devoted to the image.

The researcher concluded that this devotion that arose in the center of the country has already reached the borders (north and south) and even crossed the Atlantic Ocean, since in European countries all the iconography of Santa Muerte is retaken as an element of art kitsch.

Consider that this mixture of beliefs related to more current religions, found a place on November 2 and that the idea of ​​this day celebrating the dead is already ingrained in the collective consciousness.

Endoveliko, who is a follower of Santa Muerte, says that in Ecatepec Santa Muerte is celebrated because it was on those dates, 17 years ago, that the Congregation that began to organize in the area. Each altar celebrates its anniversary on a different date, and they wanted to take advantage of the Mexican celebration to combine it with their foundation.

He believes that both parties are related: remembering the deceased and venerating Santa Muerte are ideas that have always been combined, Endoveliko considers. “Our celebration is eminently from here because since prehistory so much of Europe and here in America, peoples have always worshiped death with different names, different languagesHere, death was worshiped from the Olmecs, Teotihuacán, the Mexica ”, he explained.

But believe that for a while it went out and tried to silence this cult. Although with the freedom of ideologies in the Mexican Constitution, these beliefs reappeared.

Consider that this mixture of beliefs related to more current religions, found a place on November 2 and that in the collective consciousness The idea of ​​this day celebrating the dead is already ingrained.