During elementary school, we bought a hamster, Nibbles. At two years old, she developed swelling in her abdomen. Most hamsters only live a year or two, so Nibbles had reached a ripe old age. Instead of letting her expire and watch the inevitable circle of life continue, my family took her to the vet to get her stomach drained. The procedures, costs and time spent were irrelevant because she died shortly after. While this may seem like a trivial story about a young boy unwilling to part with his first pet, there are broader lessons for our spending on end-of-life health care. I’m not comparing the value of a hamster life to a human one, but the basic principles and approaches to care are similar. 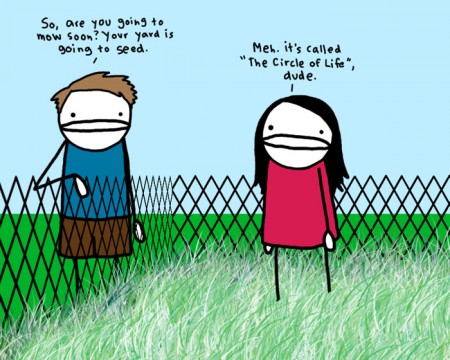 One of the biggest barriers to fixing our skyrocketing end-of-life spending is our society’s profound discomfort with death. At its root, it’s a cultural problem—young people don’t understand death. We learn from a young age to resist the concept of death, and parents propagate this by shielding their children from the inevitable. And yet, the reality is that one day everything dies. In Atul Gawande’s 2010 New Yorker article “Letting Go,” the author writes that “modern medicine is good at staving off death with aggressive interventions–and bad at knowing when to focus, instead, on improving the days that terminal patients have left.” When we have the tools to prolong life, it’s hard to resist the temptation. How can we expect patients and families to make decisions that fly in the face of their gut instincts–to extend the life of themselves or their loved one? How can we expect doctors to make decisions that go against their training? As Siddhartha Mukherjee wrote in his book, The Emperor of All Maladies: A Biography of Cancer, “In new and sanitized suburban towns, a young generation thus dreamed of cures – of a death-free, disease-free existence. Maybe we need to reevaluate our priorities. All too often these life-prolonging interventions sacrifice quality of life for the patient in the name of extending it.

One way to incentivize different end-of-life treatment regimens involves changing how we pay for end-of-life care. In theory, we could limit spending by having payers deny coverage for aggressive procedures to people who are very old and very sick. However, that is clearly neither a legal option nor a moral one. Moreover, the onus of cost control does not fall on the payer. Instead, it should be the physician’s responsibility to steer patients to lower costs and more effective hospice and palliative care programs. Focus on the doctor-patient relationship—not the pharma-patient or hospital-patient relationship—has become paramount in the world of health care. It would be a waste not to use this connection for the best interests of the patient.

By some measures, it may seem like we’re already moving towards more utilization of hospice and palliative care. The CDC reported in 2011 that Medicare beneficiaries are dying at a later age—and less frequently in the hospital. Hospice-use at time of death for Medicare beneficiaries almost doubled between 2000 and 2009, from 21.6 percent to 42.2 percent. The transition to hospice is great because we know that an acute care hospital is the most expensive place to die. However, that’s not the whole story. The data in their report, published in the Journal of the American Medical Association, suggest that hospice care has largely become an “add-on” to acute care hospital stays, so there may be less effect on resource utilization than was previously imagined. In 2009, 40.3 percent of “late-hospice referrals” followed on the tails of an ICU stay, a measureable increase from 2000.

Another important consideration is length of hospice stay. Maximum cost-savings in hospices are achieved when patients stay at least seven weeks. However, the percentage of Medicare beneficiaries (who are also cancer patients) who stayed in hospice for less than or equal to three days increased from 7.6 percent to 12.7 percent from 2000-2009. Overall, the percentage of decedents with less than or equal to three day hospice stays increased from 4.6 percent to 7.6 percent. This change suggests that while more people may die in hospice, they don’t necessarily spend a lot of time there. 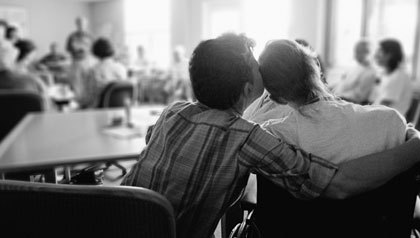 It is important to acknowledge the difficulty in addressing end-of-life care. After all, a major hurdle lies in identifying the last year of life. Unfortunately, the process for this determination starts after the patient dies. Researchers measure back 365 days to examine the care received in the last year of life. Physicians can give prognoses of “six months to live” or “two years to live,” but those are often incorrect. Regardless of how much data CMS collects on end-of-life spending, it remains hard to address the problem because there is no way to know that you’ve entered the last year until it’s over.

Unlike Colorado’s former governor Richard Lamm, I don’t believe that the elderly have a “duty to die and get out of the way.” I do believe that we as a society have two responsibilities: to ensure the most comfortable death possible for the elderly and their families, and to spend our health care dollars in ways that improve patient health. It just so happens that hospice and palliative care can achieve those complementary goals, whereas inpatient hospital stays tend to work in opposition of them both.

Coming back to our circle of life, I wonder how I would have reacted if the vet had told me Nibbles was dying and there was nothing I could do. I can’t imagine I would have reacted well. Reflecting on the experience over a decade later, I realize that we must first grapple with death as individuals and learn to take comfort in the inevitable. Only then can we collectively address end-of-life care to make it more efficient and more focused on providing comfort, rather than aggressive cures, as a patient approaches death.

What does “life is but a dream” mean?

Sometimes when something unbelievable happens, it’s so outrageous (usually in a good way) that it seems like you’re in a dream.

Life is what you make of it. So if you dare to dream, envision what you want it to be – it becomes your reality. It goes right along with the saying “You can be anything you want to be…”

In dreams anything is possible, impossible becomes possible. In life there are limitations with unseen forces that work along with our motives to confuse us more on the path to fulfillment. Life is but a dream – nothing is so easy as to dream it and make it happen right that moment without obstacles standing in way.