How the pandemic is changing our understanding of mortality. 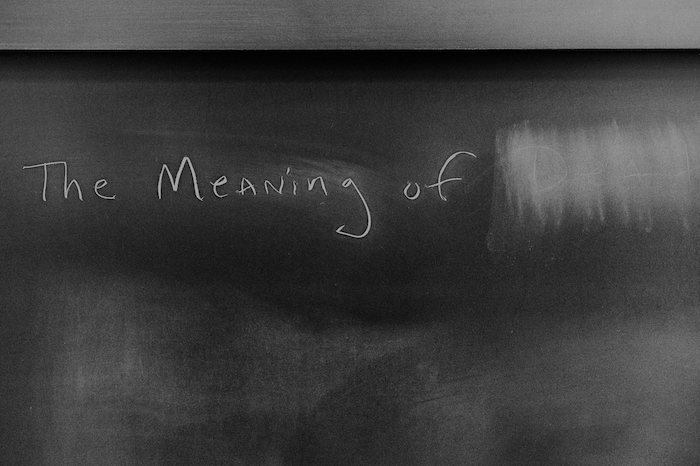 This year has awakened us to the fact that we die. We’ve always known it to be true in a technical sense, but a pandemic demands that we internalize this understanding. It’s one thing to acknowledge the deaths of others, and another to accept our own. It’s not just emotionally taxing; it is difficult even to conceive. To do this means to imagine it, reckon with it and, most important, personalize it. Your life. Your death.

Covid-19’s daily death and hospitalization tallies read like ticker tape or the weather report. This week, the death toll passed 300,000 in the United States. Worldwide, it’s more than 1.6 million. The cumulative effect is shock fatigue or numbness, but instead of turning away, we need to fold death into our lives. We really have only two choices: to share life with death or to be robbed by death.

Fight, flight or freeze. This is how we animals are wired to respond to anything that threatens our existence. We haven’t evolved — morally or socially — to deal with a health care system with technological powers that verge on godly. Dying is no longer so intuitive as it once was, nor is death necessarily the great equalizer. Modern medicine can subvert nature’s course in many ways, at least for a while. But you have to have access to health care for health care to work. And eventually, whether because of this virus or something else, whether you’re young or old, rich or poor, death still comes.

What is death? I’ve thought a lot about the question, though it took me many years of practicing medicine even to realize that I needed to ask it. Like almost anyone, I figured death was a simple fact, a singular event. A noun. Obnoxious, but clearer in its borders than just about anything else. The End. In fact, no matter how many times I’ve sidled up to it, or how many words I’ve tried on, I still can’t say what it is.

If we strip away the poetry and appliqué our culture uses to try to make sense of death — all the sanctity and style we impose on the wild, holy trip of a life that begins, rises and falls apart — we are left with a husk of a body. No pulse, no brain waves, no inspiration, no explanation. Death is defined by what it lacks.

According to the Uniform Determination of Death Act of 1981 (model legislation endorsed by both the American Medical Association and the American Bar Association, meant to guide state laws on the question of death), you are dead if you have sustained “either irreversible cessation of circulatory and respiratory functions” or “irreversible cessation of all functions of the entire brain, including the brain stem” — in other words, no heartbeat and no breathing, which is obvious enough, or no brain function, which requires an electroencephalogram.

These are the words we use to describe one of the most profound events in human experience. Most states have adopted them as the legal definition of death. They may be uninspired, and they surely are incomplete. Either way, a doctor or nurse needs to pronounce you dead for it to be official. Until then, you are legally alive.

If we stay focused on the body, the most concrete thing about us, it becomes difficult to say whether death exists at all.

From the time you are born, your body is turning over. Cells are dying and growing all day, every day. The life span of your red blood cells, for example, is about 115 days. At your healthiest, living is a process of dying. A vital tension holds you together until the truce is broken.

But your death is not the end of your body. The chemical bonds that held you together at the molecular level continue to break in the minutes and months after you die. Tissues oxidize and decay, like a banana ripening. The energy that once animated the body doesn’t stop: It transforms. Decay from one angle, growth from another.

Opinion Today: Get expert analysis of the news and a guide to the big ideas shaping the world.

Unfettered, the decay process continues until all that was your body becomes something else, living on in others — in the grass and trees that grow from where you might come to rest, and from the critters who eat there. Your very genes, little packets of stuff, will live indefinitely as long as they found someone new to host them. Even after interment or cremation, your atoms remain intact and scatter to become other things, just as they pre-existed you and became you.

For revelation of the mysteries of an afterlife, or of the forces that kicked off this wondrous circus in the first place, we might look to religion. What is described above is plainly observable science. Yet science doesn’t do the question justice. It won’t tell us why, or what’s behind its laws. The body houses more than we can express; you are more than your body. Becoming a blade of grass is a sweetness that doesn’t compensate for all the heartache death connotes.

Of course, we’re sad and afraid of losing ourselves and people we love, but for many of us a fear of death as the Great Unknown has been overtaken by our fears of what we know — or think we know — about dying.

Nowadays, being dead sounds like a lullaby compared with the process of dying. Given a steadily awful diet of stories about breathing machines and already-disenfranchised people dying alone, we’re told to imagine the worst, before cutting to commercial. Our choices seem to be either to picture a kind of hell — that could be mom or me, breathless and alone — or to distance ourselves from the people living those stories, not just in body but in every way, to de-identify with our fellow human beings.

But this is how we make hard things harder. Maybe our fear of death has more to do with our perceptions of reality than with reality itself, and that is good news. Even if we can’t change what we’re looking at, we can change how we look at it.

We do have fuller ways of knowing. Who doubts that imagination and intuition and love hold power and capacity beyond what language can describe? You are a person with consciousness and emotions and ties. You live on in those you’ve touched, in hearts and minds. You affect people. Just remember those who’ve died before you. There’s your immortality. There, in you, they live. Maybe this force wanes over time, but it is never nothing.

And then there’s consciousness — spirit, if you like — and of this, who can say? You may have your own answer to this question, but we do not get to fall back on empiricism. Whatever this mystery is, it blurs all the lines that seem at first glance to separate death from life. And if death isn’t so concrete, or separate, maybe it isn’t so frightening.

The pandemic is a personal and global disaster, but it is also a moment to look at the big picture of life. Earlier this week I had a patient lean into her computer’s camera and whisper to me that she appreciates what the pandemic is doing for her: She has been living through the final stages of cancer for a while, only now her friends are more able to relate to her uncertainties, and that empathy is a balm. I’ve heard many, in hushed tones, say that these times are shaking them into clarity. That clarity may show up as unmitigated sorrow or discomfort, but that is honest and real, and it is itself a powerful sign of life.

So, again, what is death? Talking about and around it may be the best we can do, and doing so out loud is finally welcome. Facts alone won’t get you there. We’re always left with the next biggest question, one that is answerable and more useful anyway: What is death to you? When do you know you’re done? What are you living for in the meantime?

For some of us, death is reached when all other loved ones have perished, or when we can no longer think straight, or go to the bathroom by ourselves, or have some kind of sex; when we can no longer read a book, or eat pizza; when our body can no longer live without the assistance of a machine; when there is absolutely nothing left to try. Maybe the most useful answer I ever came across was the brilliant professor who instructed his daughter that death was what happened when he could no longer take in a Red Sox game.

If I had to answer the question today I would say that, for me, death is when I can no longer engage with the world around me. When I can no longer take anything in and, therefore, can no longer connect. At times, social distancing has me wondering if I’m there already, but that’s just me missing touching the people I care about. There are still ways to connect with others, including the bittersweet act of missing them. And besides, I get to touch the planet all day long.

These are helpful questions to consider as you weigh serious medical treatment options, or any time you have to choose whether to mobilize your finite energy to push, or use it to let go. Our answers may be different, but they are always actionable; they are ends around which we and our inner circles and our doctors can make critical decisions.

They also have a way of illuminating character. They are an expression of self, the self who will one day do the dying and so gets to say. What is it you hold dear? Who are you, or who do you wish to be? You can see how death is better framed by what you care about than by the absence of a pulse or a brain wave.

Beyond fear and isolation, maybe this is what the pandemic holds for us: the understanding that living in the face of death can set off a cascade of realization and appreciation. Death is the force that shows you what you love and urges you to revel in that love while the clock ticks. Reveling in love is one sure way to see through and beyond yourself to the wider world, where immortality lives. A pretty brilliant system, really, showing you who you are (limited) and all that you’re a part of (vast). As a connecting force, love makes a person much more resistant to obliteration.

You might have to loosen your need to know what lies ahead. Rather than spend so much energy keeping pain at bay, you might want to suspend your judgment and let your body do what a body does. If the past, present and future come together, as we sense they must, then death is a process of becoming.

So, once more, what is death? If you’re reading this, you still have time to respond. Since there’s no known right answer, you can’t get it wrong. You can even make your life the answer to the question.

BJ Miller is a hospice and palliative medicine physician, author of “A Beginner’s Guide to the End: Practical Advice for Living Life and Facing Death,” and founder of Mettle Heath, which provides consultations for patients and caregivers navigating serious illness.