Hundreds of thousands of people have already discussed the last great taboo at one of Michael Hebb’s ‘death dinners’. Here he offers some advice for the rest of us 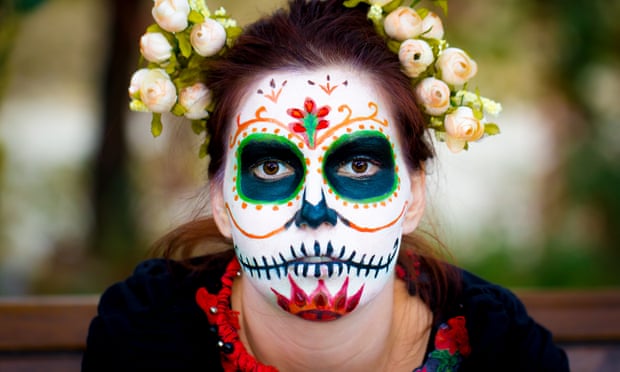 Two things preoccupy the US writer Michael Hebb – food and death – and he has managed to combine them in his new book, Let’s Talk About Death Over Dinner. It is the product of an idea he had five years ago when he set up an organisation called Death Over Dinner, whose goal was to bring disparate (and sometimes desperate) people together over an informal meal to talk about what is so often a taboo subject. Since then there have been more than 200,000 “death dinners” all over the world. The new book charts the gentle revolution Hebb initiated, as well as offering prompts for readers who want to organise their own death dinners and guidance on coming to terms with the loss of family and friends, and with our own mortality. No one, after all, is going to get out of this alive.

“The way we die in western society is broken,” says Hebb. Now 42, he was 13 when his father died, leaving a gap that he felt his mother and immediate family were unable to properly address. “I had a hunch that open conversation about our end-of-life wishes could be the most impactful thing we could do to heal that system and to heal the way we die. We are death-illiterate, and when we don’t discuss death we are not empowered to make decisions.” In a long phone conversation from his home in Seattle, he spells out his philosophy for dealing with dying. You may not be able to conquer death, but you can at least exercise some control over how it happens.

1. Remember you will die

Hebb says we have “ingrained cognitive bias” not to talk about death because we don’t really believe in our own mortality. “We believe we are an exception to basic rules,” he says. “If we haven’t experienced something, it’s hard to know it or to discuss it.” But there are no exceptions, and sooner or later you will have to confront it.

“Death is a reality for all of us,” Hebb says. “How prepared do we want to be? How comfortable? How much grace do we want to have in the face of it?” He argues that it is better to talk about death when you are well than when you or your parents or other members of your family are terminally ill. “Thinking and talking about death can identify how you want to live,” he says. “If we haven’t made ourselves comfortable with this conversation, we end up being oppressed by it.”

3. It’s not true that you die alone

Before talking to Hebb, I was doubtful that the living could relate meaningfully to the dying. My father died last year and, in the five months that were left to him after he was diagnosed with terminal cancer, I found it hard to find the right words to address what was happening to him or to know how to use what limited time we had together. Everyone, I surmised, had to face death alone, to make their own peace, but Hebb disagrees. “Dying is a realm with no experts, but my sense is that you can reduce the suffering of those who are dying by being as present as possible to them. A lot of people already start dying when they’re diagnosed, but you can live while dying. There is much to be gained from being present until the final chapter. It has the potential for deep connection. I’m not going to gleefully state that dying is a happy time, but I do know that people grieve longer when they don’t know how to honour the person who has died.”

“Statistics show we are very unprepared for death,” says Hebb. “Most people don’t have their end-of-life documents in order.” Sixty per cent of adults in the UK have not made a will; in the US, that figure is 57%. For Hebb, this isn’t just foolish at a practical level; it suggests an unwillingness to talk about death at all. “The documents are important, but more important are the nuanced conversations. If somebody is going to be your health proxy or advocate for you when you are unwell, you want them to have more than just a signed legal document. You want that person to have an entire forest of information about how you feel about end of life.” He says that if you give someone power of attorney to conduct your affairs in the event of you becoming incapacitated, you need to make sure that person really understands you. Spell out exactly what you want in terms of end-of-life care, perhaps through an advance care directive or a living will; do not assume your proxies will make the right calls.

5. Decide what sort of funeral you want

Specifying what you want in terms of your funeral and disposal of your body can be important to the dying. But it may be even more important to the grieving family. “If it makes somebody’s last years more peaceful knowing that their wishes will be fulfilled, then fantastic, but communication is really a gift to the people you leave behind. It’s an important element of the moving through and getting on with their lives.” Making it clear that you do not want a gun carriage pulled by six white horses, or choosing a cardboard coffin rather than a fancy mahogany one with brass handles, can also save a fortune and keep relatives out of the clutches of funeral directors who may be tempted to oversell. How much is spent on a funeral is not a measure of the love felt for the departed.

6. Think about your legacy

Fretting about your legacy seems to me a pointless act of ego, but Hebb disagrees. “Many people do work in this world that they want to extend beyond their death. Some of that can be seen as ego, but some of it is humanitarian in nature, and I think it’s OK to want to have a continuing impact. If that’s what gives your life meaning, I’d say embrace it.” Above all, though, he says, don’t make your legacy suffering and confusion. “You will have a legacy. Everybody has a legacy. So often in families when these things aren’t discussed, there is infighting. For me, it’s not enough to say child A, B and C gets X, Y and Z; if they can have some understanding around your decisions, it’s less likely to haunt them.”

7. Be ready to talk to children about death …

You should involve children in your conversations about death, with one proviso – that you go at the pace they set. “My older daughter is interested in the topic,” Hebb says, “but my younger daughter has zero interest and I feel bad for her that her father is the death guy, so I don’t force it on her. But if a child is interested in, curious about, scared of or ruminating on death, it is of great benefit to meet them in their curiosity or concern or fear. It’s also a great way to know your child better.”

8. … And be there for bereaved parents

“We are often afraid to bring up death in the presence of parents who have lost children,” says Hebb. “It’s an unimaginable amount of grief for lots of us. But if we want to stay connected to those people, it’s imperative we engage with them because it is certainly in their thoughts and dreams all the time.” He says many people also lose friends when they lose children because those friends are too frightened to discuss the subject and the relationship breaks down.

You would think belief in an afterlife would make the pain of dying less, but Hebb is sceptical. “Faith plays a role, but it isn’t as central as you would think. Grief will exist regardless of whether or not people have faith. If that’s an excuse not to have the conversation, you’re not doing yourself any favours.”

10. Accept that caring for the dying is hard

People who are dying fret about being a burden on their friends and family, while carers feel they have to be perfect and never show frustration or exhaustion. Hebb says both should be honest about any resentment they feel. “Care-givers should feel they have permission to have all these conflicting emotions,” he says. “If the person thinks they are the only one who feels this way, that’s much more traumatic than realising that it’s OK to resent the person you’re taking care of. ”

11. Death is not a medical act

Like others who have written about death, notably Atul Gawande in his book Being Mortal, Hebb emphasises that death is a human and community event, not a medical event. “Medicine is what keeps you alive and that’s what doctors are focused on,” Hebb says. “We have to reclaim the death part. Don’t leave it in the hands of tacticians.” He praises a project at the Cleveland Clinic called “The Pause” where the medical team gather round the bedside of a person who has just died to have a moment of silence and then share their recollections of the patient. It is not merely a medical failure to be recorded and a body to be disposed of; it is a life and a person to be honoured.

12. There are no rules for grieving

Finally, Hebb says, it is impossible to systematise grief. “Every case, every person, every situation is different. We should give ourselves permission to grieve in precisely the way we need to.” If you beat yourself up for the way you are grieving, you will only lengthen and deepen your grief.