Covid-19 convinced me I couldn’t wait any longer. 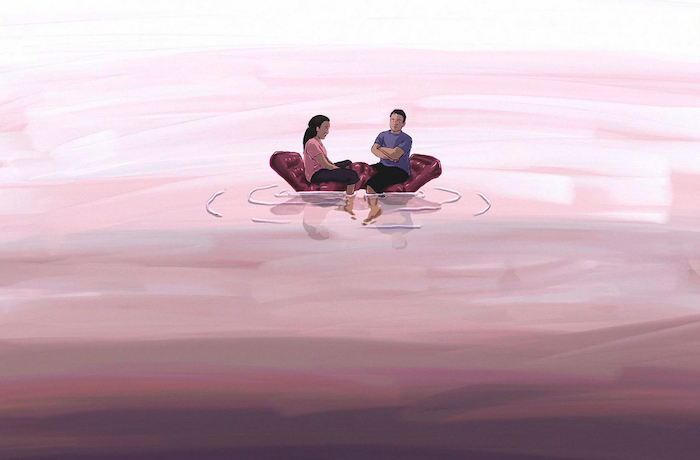 Whitney Ellenby is the author of “Autism Uncensored: Pulling Back the Curtain,” founder of the charitable venture Autism Ambassadors and a former Justice Department disability rights attorney.

Even before I uttered a word, my son knew something was off.

My flustered movements alerted him to a shift in equilibrium in the house. The statewide coronavirus shutdown had just been announced, and as I struggled to wrap my head around the profound adjustments I needed to make, the fear of a grave illness was rivaled by an entirely different threat: How would I explain the crisis to my profoundly autistic 19-year-old son?

Zack’s language and comprehension are truncated; he has no conspicuous understanding of global adversity, personal sacrifice or collective safety.

The stakes of being truthful were greater than you might imagine. I’ve gone to extraordinary lengths to ensure that Zack fully participates in his community, even forcing him to remain at indoor venues he feared such as movie theaters, restaurants and airplanes. My “inclusion by fire” methods feel vindicated by the fact that Zack regularly navigates the world with competence and zeal.

But there is one dire exception — his absolute intolerance of unexpected closures. Zack has no interest in the reason: All venues should be open according to his schedule. Delivering news of a sudden closure — of a splash park shut due to lightning, a movie sold out — is perilous. In seconds, Zack lashes out in frustration. Sometimes I absorb the blows and hold my ground to enforce upon him the reality that disappointment is a part of life; more often I scramble for alternatives to distract him.

And now I couldn’t. For a young man whose life quite literally revolves around predictable schedules and recreation, virtually everything he depended upon had been eviscerated overnight.

In March, I sat Zack down and explained: “Zack, I need you to listen to me, something very scary is happening. You know how awful it feels to be sick? Well, a sickness is spreading across the whole world, and our job is to help keep people safe. So for now, school is — closed. Movies are closed. Indoor pools are ….”

I braced for impact, but instead Zack studiously began echoing the refrain of “closed.” I was astonished. In the weeks that followed, Zack’s ability to adapt to his constricted life far exceeded my expectations and reinforced my decision to tell him the truth.

Except I had not told him the whole truth. Zack had no notion that, as he rode his bike carefree against the wind, people were dying. Zack had no concept of death. Because I hadn’t summoned the courage to explain it to him.

I’ve always considered my most important job to be arming Zack with the knowledge and experience to function as competently as possible in the world, especially after my husband and I are gone. But I have not prepared him for the fact that we will be gone. As I listened to stories of beloved mothers and fathers dying, I was gripped with heartbreak and fear — would I further postpone and hope neither of us got sick?

That felt immoral. It was time.

“Zack, I need to tell you something serious,” I began. “Many people are getting sick, and some of the people who go into the hospital to get help will not get better. They will die from this sickness.” Zack is a literal thinker who deals in absolutes and concrete visuals, not abstractions. So in response to his quizzical stare, I turned on the TV to still frames I had taped of body bags being moved into a truck.

“Broken?” he then offered, borrowing a concept he applies to objects that I’ve reassured him would soon “be fixed.” Dreading his response, I answered, “No, they are not asleep or broken, they are dead. They will not wake up. They were too sick to be fixed. They are ….”

A huge exhale escaped me. “Yes, Zack, they are closed,” I said, explaining through tears that this happens to every person at some point, that their life comes to an end. And how, even when people die, as hard as it is, the rest of us have to keep living without them.

Zack became still. His countenance darkened as he processed my words — and then suddenly he lashed out. But the target was the TV, with its cruel, wintry images of death, as Zack smashed his fists into the screen and even his own head. The universe was once again disordered and the outcome unacceptable to him. I interrupted the exertion not to comfort Zack but to redirect his blows toward a wall sturdy enough to absorb them. He was incredibly infuriated, which felt entirely appropriate. More essentially, with each strike I was certain the excruciating lesson was being slowly, agonizingly absorbed.

So far, Zack has not openly made the intellectual leap that this state of permanence, which is “closing” the lives of so many right now, will one day end mine and my husband’s. That he will one day lose us, but must persist. Now is not the time to make that linkage, but it will come. Engraved into his consciousness of how the world operates is a new notion that while some closures are temporary and fixable, others are unchangeable. For now, that is enough.