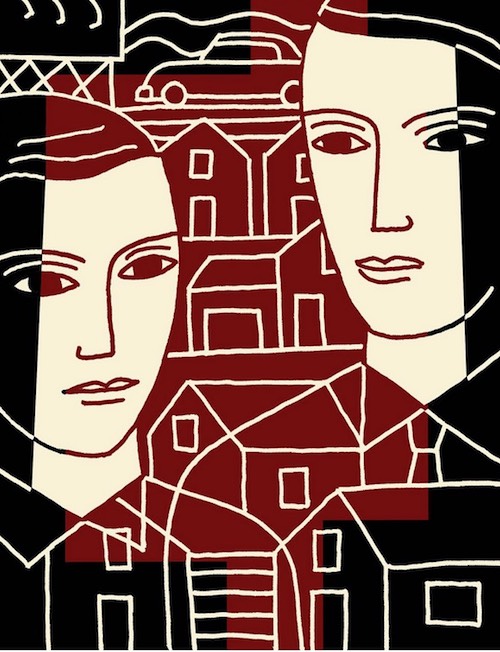 [J]esse Ball is one of our most prolific experimentalists. His last few novels, starting with the excellent “Silence Once Begun,” demonstrate a mature style that feels less like an experiment than a means to communicate deep emotional truths without the clutter of too many narrative conventions.

“Census,” Ball’s eighth and latest novel, may be his most emotionally affecting book to date. It is also his most transparent. In a candid preface, Ball explains that he wrote “Census” in memory of his brother, Abram Ball, who had Down syndrome. Ball sets out to write a book that captures “what it is like to know and love a Down syndrome boy or girl.”

In “Census,” a father and son journey across a nameless, dystopian land. The father, a recent widower and retired doctor, has just received news that he is dying. Both he and his wife had always meant to travel, but because their son was born with Down syndrome, they talked themselves out of it. The cruelty of others kept them from the road: “Ever since he was born, our lives, my wife’s, mine, bent around him like a shield.” Now, with his wife passed on, his son grown and his own end very near, he devises a plan to become a census taker, which will take him and his adult son on a cross-country road trip.

The census itself is part of the novel’s central mystery. It is both a survey of the population and an existential measurement. The father explains, “I must, in speaking to a person, know what is special about that individual, and that data must pass through me … in such a way that what is … most special about the nation … could be known and felt.” He asks participants to tell their own 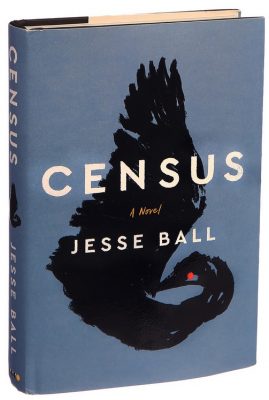 unique stories, after which they are marked — tattooed — on a rib, proof that they have been tallied. While the census may sound like an Orwellian device, Ball is more concerned with his characters’ emotional lives than with authoritarian foreboding. The father and son move from region to region, entering strangers’ homes, administering the census. With each new encounter a story from the narrator’s life is revealed. The best of these recall him falling in love with his wife, a renowned clown and performance artist who is also one of the novel’s most dynamic characters. In one lovely scene, prompted by his encounter with two eccentric sisters who conjure the Beales of “Grey Gardens,” the narrator remembers a performance in which giant pieces of silverware, a knife and fork, hovered overhead as his wife and other clowns evaded them. In a novel that ruminates so heavily on death, such memories provide a celebratory sense of joy.

While Ball accomplishes the stated goal of his preface, bringing the son with Down syndrome to life, the census itself leaves a little to be desired. If the narrator aims to hear each citizen’s story, that which is “most particular, most special,” he never shares enough details to make a lasting impression. This creates a kind of flatline with regard to the central conceit. Without more of the particulars, “the small, the overlooked,” it’s hard to understand what the census is meant to measure.

Yet the spare and episodic encounters do take us to some tender places. In one scene, a mother who raised a girl with Down syndrome recognizes the narrator as someone who sees what she sees in their children: “They experience the world just as we do, maybe even in a clearer light.” More than a dystopian tale, “Census” is a profound and stirring meditation on love, loss and paternity.