So now what are you going to do about it? 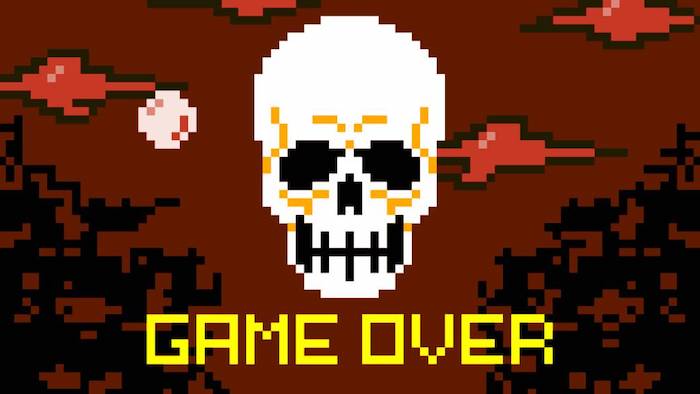 My position on death? I’m against it.

That said, I will concede I lose that argument, and that moreover, my opinion has never even mattered. Die I will.

And I am not alone in this — you will die, too. After all, death, darn it, just happens. Globally, about 65 million people die each year, 180 per day, 120 each minute. 108 billion people have walked the planet, and then died. That’s a lotta dying, and while it’s incredibly difficult and tragic — this last year especially so — that doesn’t mean we shouldn’t talk about it. Avoidance is not a solution.

Indeed, I’d argue that death is a grand mystery — sacred and important — and this last physical act of our lives can either go pretty well, like a graceful well-rehearsed piano solo or free-throw, or it can go pretty darn badly. Some of how it plays out is beyond our control, but not all of it. Some of it we can prepare for — and if anything deserves our full attention, some preparation, or some renewed clarity, death might be it.

So, the deal is: Tax Day is April 15. But I’d argue the real task — and probably the less miserable one — is to get our stuff in order for Healthcare Decisions Day, which is April 16.

I know: no one wants to do it.

I know: you’re probably starting to X out this essay, or skim it, or scowl at it.

Getting basic and important documents done, and your simple wishes on paper, can literally be your great parting gift.

We all knew someone who left behind a mess — and we all promised ourselves not to be that person. Which means we have to set aside some time and get this stuff done.

First, there’s the medical and legal stuff – Advance Directives and a will – and making sure they’re done, signed, and accessible (they’re really no help if no one can find them). Plus, heck, just leave a note with a trusted person about where some of your stuff is and what you basically want done with it. A great place to start is The Conversation Project.

But in my death-positive work (stemming from my book Making Friends with Death: A Guide to your Impending Last Breath), I advocate writing an ethical will, too — what you stood for, your best and worst times, any reckoning or forgiving or venting or whatever you need to do.

Basically, it’s a “Goodbye letter to life,” if you will. My guess is that doing so will bring you a lot of peace, and will provide peace to those around you, too. Ideally, you don’t want to write this when you’re under duress – write it when you’re feeling great, write it on a lovely spring day, write it on April 16!

Finally, our last task is to advocate simple and direct communication about end-of-life care with those that will likely be involved with it. What looks good to you? What do you want to avoid, if possible? Get clear on what “a good death” looks like for you. Me? I’ve come to believe that a good death is simply one that has been claimed, to the extent possible. For me, that will involve: My medical wishes and decisions being respected (such as my DNR wishes being followed); I would like to die outside, or with a view of nature; I’d like to be with my children and loved ones, if possible; I’d like to be as fully informed about what’s going on, to the extent possible; I want people to be honest with me and I want to be honest with them; and I wouldn’t mind the smell of vanilla or sage and a taste of good whiskey on my lips. Such wishes are written down in about 10 different places, all accessible; my children roll their eyes when I bring it up and say, “Yes, yes, we know, Mom.”

What does yours look like? And who have you told?

Completely bizarre to me is this: A recent Pew Research Center study on end-of life issues found that less than half of people over 75 had given much thought to the end of their lives, and incredibly, only 22% of them had written down or talked to someone about medical treatment at the end of their lives. However, the same Pew study finds a sharp increase in all adults putting something in writing (six in 10 of us) and thinking through our deaths, which indicates that percentage-wise, it’s the slightly younger folks who are preparing now. Attitudes are shifting, too: an unprecedented 66% of us now think there are instances in which doctors should allow a patient to die (instead of doing everything possible to save a patient’s life). A tipping point, it seems to me, has been reached—and we’d like a more mindful, respectful death. We are reclaiming the ancient art of dying.

But there is much to be done. Indeed, though our culture is death-avoidant and confused, I am heartened by the increasingly popular “Death Cafés” and new movements such as “Slow Medicine,” and I’m grateful for April 16, which is the day we should all admit that our life belongs to us, but it also belongs to everyone we interact with, and we owe them the gift of directing an honest gaze at our demise.

But best of all, spending some time now might leave us thinking of death as more of a friend rather than a spooky stranger. With our newfound peace, we can then spend our precious time really living.