Raul, 18, was born with a genetic kidney disorder. He has had countless hospitalizations and surgeries. He has been on dialysis for many years. He had a kidney transplant three years ago, but his body rejected it. Within three months of the transplant he was back on dialysis. “Man, I am so tired of living in a body that never works right.” 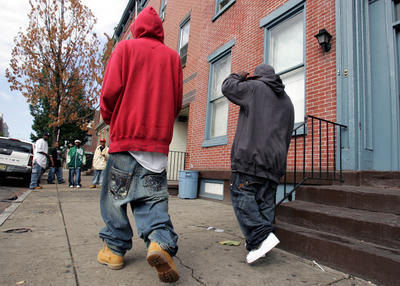 Raul is as thin as a reed and his skin has the ashen pallor of one who is near death. His chronic pain has aged him far beyond his years. During his interview, Raul is having difficulty making himself comfortable. “I’m havin’ a bad day. The pain is real bitchin’. It ain’t like there’s some days when there’s no pain, only most of the time it ain’t this bad.”

Raul is exhausted and exasperated. Many family concerns weigh upon him, adding anxiety to his already difficult life. “My parents are heavy into the church. I am too, but not like them. They keep telling me it would be a sin to give up. But hey, man, how can it be a sin to wish this shit would end? It’s not like I haven’t tried. I’ve been in the hospital so many times I can’t even count ‘em.”

Raul’s anger and frustration are written all over him, but his machismo prevents him from revealing too much of his inner struggle. His teeth clench against the pain, but then his eyes brighten for a moment. ”Hey, ya know there’s this real hot babe in my school. She’s so fine. I try to talk to her, but she don’t like talking to me. I think she’s afraid I’ll give her some kind of sickness or something.” Raul has never had a girlfriend. “I never even kissed a girl, ‘cept my sister, and she don’t count. What if I die before I get some lovin’? That would really top off this crummy life.”

Only one of his sisters knows that he wants to do this group. “Amelia is the only one who tells me it’s okay to feel the way I do.” Raul is looking for some support for expressing his feelings. He hopes this group will provide that. “I want to be able to talk about dying with my family, but I don’t know how. We’re all real messed up, I guess.”