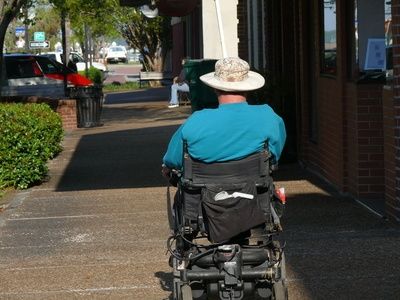 Michael, 52, was diagnosed with multiple sclerosis three years ago. Since then, he has been confined to a motorized wheelchair. This past year he has had several MS-related setbacks that have kept him bed-ridden for several weeks at a time. Things have become so difficult that two months ago he was forced to sell his once thriving law practice. The few hours of work he can manage a week at his old firm are more frustrating than fulfilling for him. And Mike is often depressed. He continually repeats his self-defeating mantra: “I’m not half the man I used to be.” The return of his beloved Raiders to Oakland, the super-human support of his second wife, Maryanne, and their son Kyle are the only things that keep him from self-destruction.

An exasperated Maryanne accompanied Mike to his intake interview. She tearfully reported how Mike’s smoldering rage and bouts of sullenness terrorize the family. “I love him, but he’s gotta get off his pity-pot or I’m gonna walk, and take Kyle with me.” Mike sheepishly acknowledges his disruptive behavior. His ruggedly handsome face distorts with shame. “It’s not me. It’s this damn MS. I just can’t seem to get it together. I feel like such a failure.”

Even though he thinks participating in the group is an admission of defeat, he promises his wife that he will give it his best shot. This soothes Maryanne. She hugs him and promises to help in any way she can. “We’re in this together, babe.”