I have an interesting exercise for you.

I want you to write your own obituary. Just like you would want it to appear after your death. You can be as creative as you like. 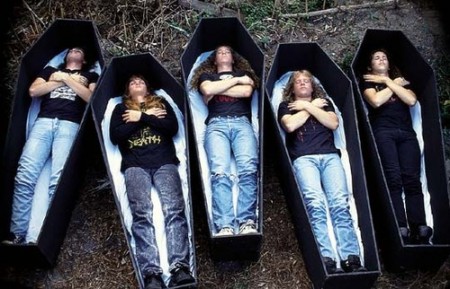 Try to remember that this is just an exercise, okay? A wise man once said that we are unable to manage what we cannot measure. And this is an opportunity for you to take measure of who and what you are. Give it some thought. As the saying goes: Things that are difficult for us will tell us more about ourselves than the things we do with ease.

Take some time over the next week or so to review examples of obituaries and death notices…they’re in all the newspapers and online. Now write your own obituary. You died today. What would you like to say about yourself and your death? Model it upon the ones you researched or be creative and design your own. Remember, this is just a snapshot of who you are at this moment. It would be interesting to compare this obituary with the one that you might write at the next year or when it is truly needed.

“Life doesn’t cease to be funny when people die any more than it ceases to be serious when people laugh.”
— George Bernard Shaw

Ronnie loved spur-of-the-moment trips in luxury cars to Vegas with his friends. We would also like to thank the people who issued his credit cards.

When you remember Brett, remember he was more than a great set of biceps; he was also an incredible set of pecs.

She is remembered for her endless capacity to love, her romantic ideals, her wit, her sense of humor, her homemaking and her ability to accessorize.

Jenette is probably shrieking from the other side now that her true age has been published.

Handsome and tailored to a fault, he somehow still managed to wear too much jewelry.

William, the proud owner of an outrageous giant poodle named Orbit, could often be found in his red pumps on Bernal Hill or high in the Sierras.

He lived in San Francisco according to the Gospel of Mame and believed implicitly in the virtues of room service and frequent flyer miles.

Ron loved collecting ‘50’s memorabilia as well as dining out and drinking Merlot and driving his treasured 1961 Cadillac — sometimes unfortunately in that order!

She lived by the words of Alice Roosevelt: “If you haven’t anything nice to say about someone, come sit next to me.

Weary of reading obituaries noting someone’s courageous battle with death, Mike wanted it known that he died as a result of being stubborn, refusing to follow doctors’ orders and raising hell for more than six decades. He enjoyed booze, guns, cars, and younger women until the day he died. So many of his childhood friends that weren’t killed in Vietnam went on to become criminals, prostitutes and/or Democrats. He asks that you stop by and re-tell the stories he can no longer tell. As the Celebration will contain adult material we respectfully ask that no children under 18 attend.