Has Competitive Dying Become A Thing? 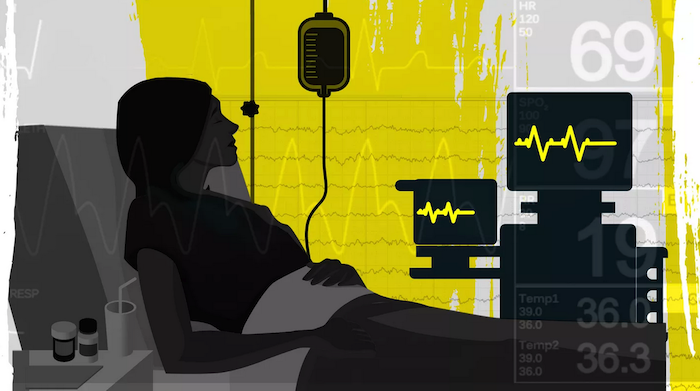 We Americans love to compete. We bet in March Madness office pools on who will win the annual college basketball championship. We pay a pretty penny for the best manicured lawn in the neighborhood or the biggest flat screen in the condo.  Some of us will pay bribes to get our kids into the best colleges.

And, now it seems, there is a growing need to compete over who will have the best death. You know, the one where we are at home, pain-free but alert, surrounded by our loving families, singing our favorite songs, fully at ease with our last moments of mortal life.

For many of us, the reality will be quite different. Despite everyone’s best efforts, we may die in a hospital. The kids may not make it in time from their homes in LA or Chicago. The medications that relieve our pain may also slow our thinking. And we may not have resolved all those family issues that lingered inexplicably for decades.

What’s troubling about this drive for a good death (or, perhaps in our competitive world, the best death) is that many of us never will achieve it—often for reasons out of our control. And that may leave our surviving loved ones with an even bigger sense of guilt than they already have. And paradoxically, those who cared the most may end up feeling the most guilty and depressed.

Failing at some ideal of death may even make dying more difficult. Dr. Andreas Laupacis, a palliative care physician and professor of medicine at the University of Toronto, shared this concern in a wise 2018 essay about the idea of good death: “I worry that the term makes people who die with pain or psychological distress think that it is partially their fault…. They haven’t tried hard enough or aren’t tough enough.”

He even suggests it may add to the psychological burden of their doctors: “I worry that health care practitioners who have provided their best possible care will feel inadequate.”

Just as troubling: An excessive focus on the last hours of life shifts attention from the months or even years before that. Many older adults will die after living a long time with chronic conditions. It would be nice, as we focus on a good death, if we also think about a good life, especially during the time when it may include some level of disability.

The idea of competitive dying may be counterproductive in part because there is no true good death. Or rather, there are millions of them. For decades, clinicians have tried, and largely failed, to establish some agreed-upon norms. And researchers have no real idea how many people do in fact die a good death, by whatever measure.

Physicians and surviving family members, it turns out, often have different ideas of a good death than those who are doing the dying. For example, family members are much more likely than patients to say that maintaining dignity is important at the end of life.

But this uncertainty isn’t slowing us down. Google “good death” and you’ll get 1.97 million hits. Search Amazon, and you’ll find dozens of books. Bloggers blog on their own impending deaths or that of their relatives. A 2016 literature review turned about three dozen peer reviewed articles on what constitutes “successful dying.”

Better to watch a sunset

One Amazon reviewer wrote that she had read 60 books on a good death to prepare for her own passing. I don’t know if she was living with a terminal disease or just thinking way ahead. But I can’t help but wonder if her time would have been better spent watching a sunset, going to a concert, or having dinner with friends instead of being so focused on how to do death right.

This trend is by no means all bad. We are thinking—and talking—about a topic that for too long has been taboo in the US. But like those parents who were bribing college officials to get their children into the best schools, we may be going overboard. And we may be setting unrealistic, and counterproductive, expectations for ourselves and our families.

We absolutely should be proactive when it comes to preparing advanced directives, choosing health care proxies, and talking to one another about death. Especially talking. But we also need to recognize that, sometimes, circumstances mean that many of us will die alone, or in some pain, or with unresolved family issues. All we can do is our best. And nobody should be keeping score.