One of HBO’s most underrated shows, Six Feet Under deals with subject matter that affects everyone. 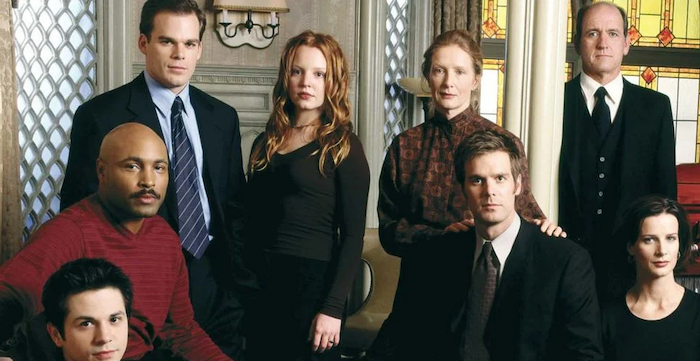 Notorious for its high-quality, mature and complex TV shows likeThe Sopranos andGame of Thrones,HBO is one of the reigning experts on excellent television content. Yet, one of their most underrated TV shows,Six Feet Under, still flies under the radar. Created by Alan Ball, the series follows the Fisher family as they run their family funeral home. While Six Feet Under a slow-burn drama series, it really explores the process of grieving and what it means to live with the knowledge of death. There aren’t many shows like it and none tackle the concept of death so realistically.

The human race lives each day knowing that there will be an end to the journey. However, there are so few projects that deal directly with death in a non-comedic way. Six Feet Under does use comedy, but it focuses on the entire process of death, from the moment it happens to what comes after. There are many scenes that feature David Fisher in his element, the morgue, as he embalms the corpses to be presented for viewing. The show spends a lot of time in this environment, often even having the members of the Fisher family conversing with the dead.

Six Feet Under also pays a lot of attention to the process of grieving and all of the dirty bits that come along with it. It highlights the effects of grieving on interpersonal relationships and the relationship with oneself, tackles some fairly existential questions as Nate is faced with death time and time again and shows how low people can get when faced with the concept of losing their life.

It’s surprising that there aren’t more shows like Six Feet Under, as it provides a safe environment for a dialogue to be started about death. The series shows the merits of religious beliefs when dealing with death, as well as more atheistic practices. It emphasizes that there is no right answer and that death is handled differently from person to person. Claire, the youngest of the Fisher family, struggles with her identity more than any of her siblings, having experienced the death of her father at a relatively young age.

Another key aspect that makes this show so great is its inclusion of mental health. Brenda, along with her brother Billy, struggles with mental health problems throughout the show, having been raised by two strict and judgemental psychologists. To be more specific, Billy suffers from Bipolar disorder throughout the show, which, when combined with dealing with death, becomes a turbulent machine that is hard to stop.

This focus on trauma, identity and mental health forms a well-rounded approach to tackling the subject of death, which can be pretty touchy. Every culture handles it differently and has different etiquette surrounding the experience. While Six Feet Under mainly covers the North American practice, it makes sure to include other cultures’ rituals involving death. But more than that, what the series does so well is it finds the common thread between cultural practices to get to the heart of the topic — death is a universal fact. We all know it’s going to happen, and we all feel similar feelings of pain, loss and heartbreak.

The world needs more shows and movies like Six Feet Under. We spend a lot of time distracting ourselves from the inevitable, and this show zones right in on what we don’t want to see. But it’s also incredibly therapeutic and helps with understanding the process from beginning to end. The nature of Six Feet Under is intensely emotional, but it’s worth every single minute. It uses creativity, ingenious characters and sharp wit to tackle a subject that inspires fear in every being on Earth, while still leaving viewers feeling comforted and grateful.