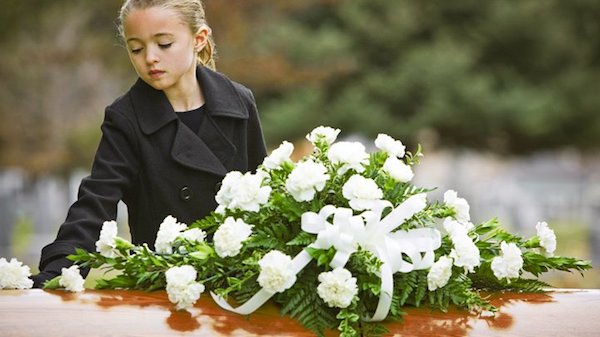 [W]hen children lose a parent during adolescence, their mental health as young adults may depend on how comfortable they were with the treatment and support provided at the end of their parents’ lives, a recent study suggests.

To understand the lasting psychological impact of the death of a parent during adolescence, researchers surveyed young adults who had lost a parent to cancer six to nine years earlier, when they were 13 to 16 years old.

Overall, 105 of the 593 young adults (18%) said they had little or no trust in the care provided during the final week of the parent’s life.

Compared to the participants who were satisfied with the final week of care, those who were unhappy were more than twice as likely to suffer from mental health issues like depression, anxiety and eating disorders, researchers report in the Journal of Clinical Oncology, online August 8.

“We already knew that children who have lost a parent are at risk for long-term psychological challenges including depression, risk of suicide, and risk of self-injury,” said Dr. Jennifer Mack, a researcher at Harvard Medical School and Dana-Farber/Boston Children’s Cancer and Blood Disorders Center.

“However, a link to trust in the medical providers of the parent was not previously understood,” Mack, who wasn’t involved in the study, said by email. “This is important because it offers a potential path forward to greater resilience and healing after a parent’s death for young people who experience this type of profound loss.”

The current study focuses not on how teens felt when their parent was dying, or immediately afterwards, noted lead study author Kim Beernaert of the End-of-Life Research Group at Vrije University Brussels and Ghent University.

Instead, it looks at how they feel after several years have passed, Beernaert said by email.

Young people who had little or no trust in the care parents received at the end of life were at least twice as likely to report still feeling bitter toward health providers for failing to make the correct initial diagnosis, stopping or never starting treatment, or not doing everything possible for the parent, the study found.

The study wasn’t a controlled experiment designed to prove whether or how teens’ experiences during a dying parents’ final days influence mental health later in life.

Still, the results highlight the importance of providing age-appropriate support and grief counseling to children and teens during a parents’ final weeks or months of life, said Dr. Amos Bailey, a palliative care researcher at University of Colorado Medicine in Aurora.

Resources tailored to young people are often lacking outside pediatric hospitals, Bailey, who wasn’t involved in the study, said by email.

“What is at stake for bereaved families is the potential for lifelong mental health problems that are probably more socially significant for a teenager (who) will live with this grief for 60 or more years as opposed to a widow who may outlive her husband by 3-5 years,” Bailey said.