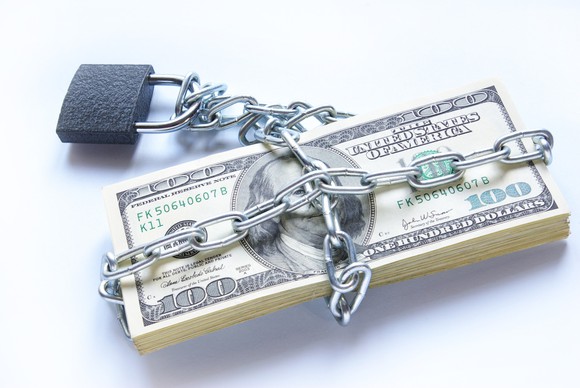 [O]lder people who are active investors and who prefer unregulated investments may be more susceptible to investment fraud, a report published Thursday by the AARP Fraud Watch Network found.

The network, established in 2013 to help promote fraud prevention, commissioned a study late last summer that included telephone interviews with 200 known victims of investment fraud and 800 interviews with members of the investing public.

Doug Shadel, lead researcher for the network, said that relatively inexperienced people often invest money on their own these days, in part because of the decline in traditional pensions. At the same time, he said, technology makes it easier for scam artists to reach larger numbers of people, by telephone or email.

The report sought to pinpoint traits that may help explain why some people are more susceptible to investment fraud, Mr. Shadel said. Victims were more likely to be men 70 or older, and they tended to be risk takers. About half of fraud victims agreed that they did not mind taking chances with their money, as long as “there’s a chance it might pay off.”

And nearly half of fraud victims, compared with less than a third of general investors, agreed that “the most profitable financial returns are often found in investments that are not regulated by the government.”

Victims were more likely to report valuing wealth accumulation as a measure of success in life and being open to sales pitches, the research found.

Victims reported that they frequently received targeted telephone calls and emails from brokers and that they made five or more investment decisions a year. Also, they were more likely than general investors to respond to remote sales pitches, including those delivered in television commercials.

As many as 17 percent of Americans 65 and older report being the victim of financial exploitation, according to the Consumer Financial Protection Bureau. Estimates of annual losses are in the billions of dollars. One factor that may play a role is mild cognitive impairment, a condition that can be a precursor to dementia and can diminish an older person’s ability to make financial decisions.

Older people are at risk of being swindled not only by strangers, but also by people they know. Douglas Canada, a 78-year-old retiree in Nevada, sought help from the fraud network after he was tricked by an old acquaintance: He received a call in 2015 from a man who had been a co-worker three decades earlier. The man invited Mr. Canada and his wife to lunch to talk about an investment opportunity. The man and his date sported Rolex watches, and they even bought a diamond ring during the outing. “They really put on a good show,” Mr. Canada recalled.

The man told Mr. Canada that he had grown rich by buying and renovating foreclosed homes in another state. He invited Mr. Canada to invest, promising double-digit returns. Mr. Canada sent a cashier’s check for $40,000 — but has since been unable to contact the man. Mr. Canada has hired a lawyer and a private investigator, and he has written to the state authorities, but isn’t optimistic about getting his money back. “He’s a con man,” Mr. Canada said. “I was gullible, and I fell for it.”

Some scams — gold investing, real estate schemes, and even one involving leases on A.T.M.s — may sound improbable after the fact, Mr. Shadel said, but victims report being persuaded — sometimes, because of word of mouth from friends or family.

Recognizing that you may have a predisposition toward risky behavior, like being open to pitches, may help you avoid being taken in, Mr. Shadel said. “You can at least be aware of your psychological mind-set,” he said. Consumers can take a quiz, based on the study’s findings, on the fraud watch website.

Mr. Shadel urged consumers to deal only with regulated brokers and investments, and to “ask and check”: If you get a call from a broker, ask if he or she is registered with state and federal securities regulators, he said, “and then check to see if it’s true.”

You can check a broker’s background though Finra, the Financial Industry Regulatory Authority, using its online BrokerCheck tool at www.finra.org, or by calling 800-289-9999.

Maggie Flowers, associate director for economic security with the National Council on Aging, said that older people should be skeptical of any offers, particularly unsolicited ones. “Always ask for things in writing,” she said, “so you can think it through and talk through the options with a loved one or peers.”

No, Ms. Flowers said. Scam artists know that many older people have fixed incomes, which may make them vulnerable to fraud because they are open to hearing about ways to make money and pay their bills.

Where can I learn more about protecting an older person from fraud?

The National Council on Aging offers tips on avoiding fraud at EconomicCheck.org.

The Consumer Financial Protection Bureau offers a “Money Smart” guide for older adults, and other resources, on its website.

What should I do if I think an older person has been a victim of financial fraud?

You should report it to the local police, and your state attorney general’s office.

You can also contact your local adult protective services agency. You can find a local agency that investigates reports of financial exploitation on the federal Eldercare Locator website or by calling 800-677-1116.