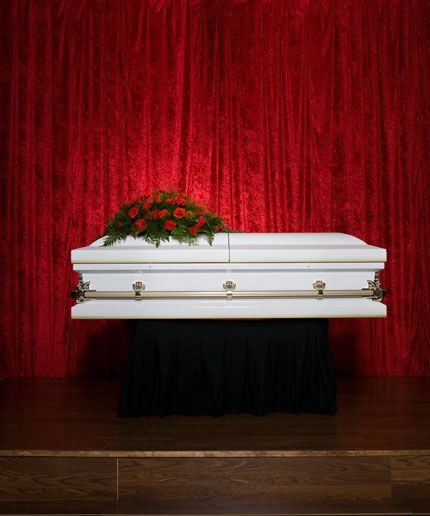 [M]y mother once told me a very sweet story about how I, as a toddler, handled my grandmother’s death. After the funeral, my mom asked me if I knew where Grandma had gone. I told her, as matter-of-factly as a 2-year-old could, that she was in a garden, surrounded by daisies (her favorite flower).

Even at such a young age, I’d developed a sense for the appropriate kinds of euphemisms for death — and I knew that sharing them would bring comfort to my mom. But that didn’t change the fact that my grandmother was dead — like, she was dead and buried and there weren’t any daisies in there with her, though I didn’t quite comprehend that yet.

It was actually much later, when I was 17 and attending another relative’s funeral, that the reality of death truly hit me. My uncle had died after being diagnosed with cancer way too late, and his passing was a real shock to the family. The memorial service was at his house in Virginia and the choir from his church sang some upbeat hymn about going where you were always meant to go. Listening to that, and knowing how he died, I thought, This must be a joke.

I bristled at the idea that dead people were anything other than dead. On one hand, I found it naive to think about death in such rosy terms, inwardly rolling my eyes at those who did. On the other, I believed that death was supposed to be frightening, and by rejecting the idea of an afterlife or deliverance I all but cemented that fear in my mind.

In other words, I gave myself two options: I could scoff at death or fear it wholeheartedly. Multitasker that I am, I decided I could do both. 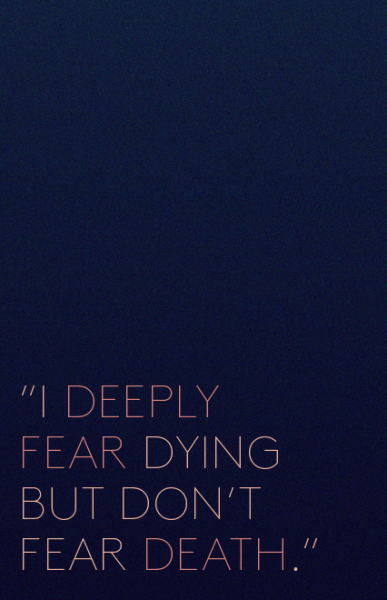 I found myself viewing death as two very different (and equally problematic) beasts — a hulking, dark thing that we only discuss in whispers and a lurking shadow that simply absorbs the rueful jokes we hurl at it.

Neither of these images get death quite right, but there I remained, with death constantly on the brain. For fear of seeming morbid or like a total downer, I kept most of my thoughts about death and dying to myself. Yet, a question nagged at me — Was I alone in feeling this way?

The urgency of that question has only increased over the course of this year. That’s why, this fall, R29 conducted an informal survey about death, to which more than 300 people, mostly millennial women, responded.

Nearly half of all respondents said they learned about death by the time they were 5 years old, citing such sources as dead pets, 9/11, Mufasa, and, like myself, the death of a loved one. They grew up believing that the deceased ended up in God’s arms, went to heaven, took on another earthly form, or were left to fade into nothingness.

Regardless of their foundational experiences with death, most people still think about it — and in a small, strange way, I found that comforting. “Ever since turning 30, I think about death every couple hours,” one person wrote. “It’s almost the only thing I think about,” wrote another.

The thing is, most people don’t simply fear death or laugh at it. Instead, people describe how they use death to interrogate their religious beliefs, take stock of their health, and motivate themselves to spend time with distant, elderly loved ones.

Many said they hope they’ll die quickly and at an advanced age. Some alluded to suicide attempts (If you’re experiencing suicidal thoughts, please call the National Suicide Prevention Lifeline at 1-800-273-TALK (8255) or the Suicide Crisis Line at 1-800-784-2433.) or an unshakable conviction that they’ll die young. One person qualified their acceptance of death like this: “I deeply fear dying, but don’t fear death.” 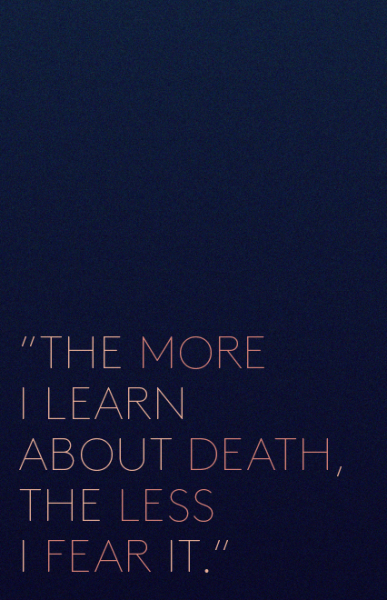 In total, 71% admitted to having imagined their own death.

I’ve been turning that number, 71%, over and over in mind my since first seeing it. For one thing, it answers my question: I’m anything but not alone in constantly thinking about death. It also makes me regret that we didn’t ask how many of them ever told anyone about imagining their own death. I wonder how much higher or lower that number would be.

Here’s what I want to tell everyone who thinks about death on the daily: You’re not morbid. You’re human. And you don’t have to keep those thoughts to yourself. After all, chances are, most other people are thinking them, too — and death is neither a beast nor a shadow.

It’s something that informs and gives meaning to how we live. As one person put it: “The more I learn about death, the less I fear it.”

Welcome to Death Week, in which we’ll attempt to unpack our feelings, fears, and hang-ups about death, dying, and mourning. We’ll do our best to leave no gravestone unturned.