The former Union minister and veteran journalist’s latest book, ‘Preparing for Death’, is both a contemplation of and an anthology on death 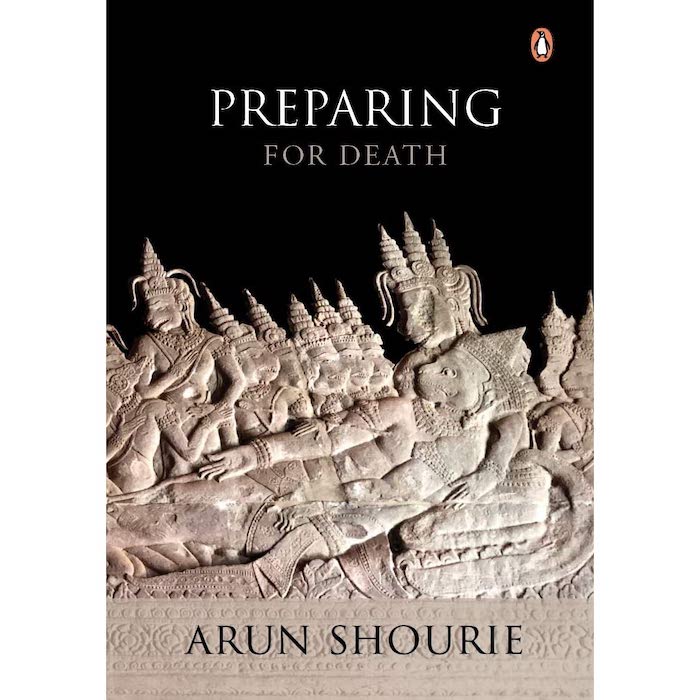 Arun Shourie is an unflinching seeker. He has an exemplary ability to face the toughest questions. After a bracing meditation on the problem of suffering in Does He Know a Mother’s Heart (2011), Shourie now turns to Preparing for Death. There used to be a joke that the purpose of literature is to prepare you for the good life, while the purpose of philosophy is to prepare you for the good death. But it is hard to understand our own extinction. Broadly speaking, two diametrically opposite views are invoked to reconcile us to death. One is that we don’t really die; in some form, through an incorporeal soul or something, we continue to exist. The other unflinchingly accepts that we just are evanescent matter and nothing else. Both approaches address the question of dying by simply saying “there is nothing to it.” There is something to this strategy, but it cannot make sense of the significance of life. It seems we can either make sense of life or of death, but not of both.

Shourie’s book takes a brilliantly different pathway. The book has three distinct themes. The first, the most powerful and meditative section of the book is not so much about death as the process of dying. He documents with detail, “great souls” experiencing the often painful dissolution of their own body — the Buddha, Ramkrishna Paramhansa, Ramana Maharshi, Mahatma Gandhi, and Vinoba Bhave, and, as a cameo, Kasturba. All of them give lie to Sigmund Freud’s dictum that no one can contemplate their own death. But what emerges from these accounts is not so much the conclusion that they all faced death unflinchingly; most of them have a premonition. It is also not about capturing the moment where the good death is leaving the world calmly. It is rather what the suffering body does to consciousness, all the memories and hard decisions it forces on us.

But the relationship between the body and consciousness goes in two different directions at once. On the one hand this suffering is productive: consciousness works through this pain. On the other hand, even the most exalted soul does not escape the utter abjection of the body. The most poignant moment in this section is not the calm and plenitude with which these exalted souls face death; it is the moments where even the most powerful souls are reduced to abjection by the constraints of the body. The only one rare occasion where Ramana Maharshi ever loses his cool is in his now utter dependence on others for most basic bodily functions. The problem of dying is not that you cannot ignore the body; it is that the body does not ignore you.

The second theme of the book is to take a sharp scalpel to false comforters of all religions and philosophies that promise the everlasting soul, or the preservation of bodies only to subject them to torment in hell. This metaphysical baggage makes dealing with death harder and is a total distraction. This section is less generous in its interpretive sympathies. The third theme of the book, interspersed in various parts, is about the discipline of dealing with your own body as it is in the process of dying. The book impressively marshals a variety of sources, from the Tibetan Book of the Dead, with its incredible imaginative exercises that make you take in the whole of existence, to Jain sources of Sallekhana, and various meditative techniques to inculcate a certain kind of mindfulness. But mostly one gets the sense that the ultimate preparation for death is simply love, something that can endow the evanescent moment with significance.

But this is a seeker’s book. It is in parts profound probing, honest but not dogmatic. Its immense value comes from the fact that the book is both a book and an anthology on death, with extracts from not just the words of those experiencing the process of dying, but an astonishing range of sources: from Fernando Pessoa to Michel de Montaigne, from yoga to the Tibetan Book of the Dead. For the politically inclined, there is an ambivalently revealing account of the Prime Minister’s visit to Shourie while he was in the ICU. All throughout, the book is laced with judiciously selected poetry: the startling moment where Gandhi recites the Urdu couplet to Manu: Hai baha- e-bagh-e duniya chand roz/ Dekh lo iska tamasha chand roz, a register you might associate more with Guru Dutt than Gandhi. There is a lot of Kabir, of Basho poetry and haikus. One stunning one: Circling higher and higher/At last the hawk pulls its shadow/From the world.

This haiku caught my attention because I happened to be reading a stunning essay by Arindam Chakrabarti at the same time, “Dream, Death and Death Within A Dream”, in Imaginations of Death and the Beyond in India and Europe (2018), a volume edited by Sudhir Kakar and Gunter Blamberger, that reads as a great philosophical complement to this one. That volume has a powerful piece by another brilliant philosopher, Jonardan Ganeri, on illusions of immortality that deals with a source Shourie cites at length: Pessoa. Chakrabarti’s essay ends with the insight of Yoga Vashishtha: To be born is to have been dead once and to be due to die again. Shourie is perhaps right: Can we really unravel what it means for the hawk to pull its shadow from the world? Does the shadow reappear if it flies lower?