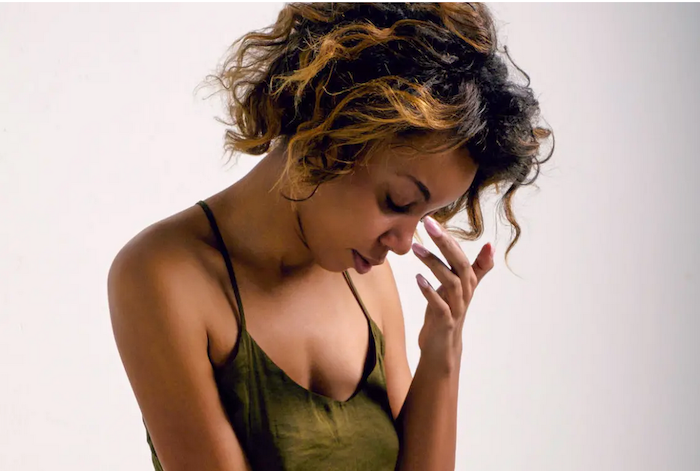 “You have to tell people how to be of support to you. You can’t just expect people to be able to know and read your mind about it,” she said.

I blinked, trying to process her words. My mouth was agape because I thought I wanted to say something, anything, to refute how that statement made me feel. I opted instead to close my mouth and sit on the side of the bed, slowly sinking into the plush mattress of the hotel room we were sharing.

It was early October, and I was in Charleston for the second time that year. A few months prior, I’d been devastated to learn my best friend from graduate school had been killed in a car accident. These few days I was spending in Charleston had been needed. A welcome distraction.

Moments earlier I’d vented to my friend about a searing frustration of mine—feeling unsupported as I grieve and the subsequent drain. To keep a good face, I had to do the work to extend grace to friends, family, and other well-intentioned people who said unhelpful things to me regularly. It was work I had very little energy to do.

What’s more, being vulnerable enough to admit to someone else how this new life reality of mine felt and being told the onus was on me was the last thing I wanted to hear. At first I was sad. Then I got really angry. So angry, in fact, that by the end of the next month I stopped reaching out to this friend for months. I was so incensed it led to a seething rage. Rage that became characteristic of much during the beginning of my grieving journey.

The night I’d found out Precious had died, I was alone in a fancy hotel room in Bogotá.

Those first few hours of knowing she was no longer alive I’d spent in a transcendental daze. I paced back and forth in that fancy hotel room devoid of any warmth. I called my mother because I didn’t know who else to tell. Didn’t know who else could possibly understand. Who would know what to say in response to me being devastated about their best friend randomly dying at 30 years old?

“Well, you know, everything happens for a reason,” she said.

I paused and delicately changed the subject and then made up an excuse to get off the phone. That was the first time I remember and could identify how it felt to be angry while being held captive to grief—hands tingling like they had fallen asleep, my face blazing and on fire, my chest constricted and heavy. I’d let that instance go and buried it in my psyche. But there are so many other instances that followed in those first few months to make me more enraged.

Several friends ghosted me, not bothering to acknowledge my friend’s death. Not even a blanket “I’m sorry for your loss” uttered to me. To this day, I haven’t heard from them. The abandonment and loud silence angered me. Other friends talked to me in a business-as-usual tone, unloading what I viewed as frivolous details about happenings in their lives. I didn’t have the capacity to entertain it all. The insensitivity angered me.

And there were the friends and people who really tried, who said on the surface things that were kind and should’ve comforted me yet didn’t. The “She’d be proud of you” and “Do something to honor her” and the copious heart emojis or offers of hugs whenever I vented online.

The fact that nothing placated me was my ultimate source of rage—one I returned to time and time again until it dawned on me that perhaps my anger was showing me something bigger than I had originally thought.

Western society and culture tells you how you should grieve. It’s insidious and subtle, but the instructions and latent expectations are there. Grieve quietly and in private. Expect people to feel sorry for you and feel comforted in their sympathy. Know that people will only care up until the funeral or memorial service; then they’ll continue on with their own lives. Be gracious with people’s verbal fumblings, the empty phrases, and the Hallmark cards offered up.

There isn’t room for anything other than sadness. Especially not anger. But those who are bereaved, as I learned, can be really angry. Because I lacked the support and understanding I needed as I grieved and grieved mostly alone, I turned to online resources and message boards. I scrolled through hundreds of topics and messages daily, ritualistically, from people who found themselves in this new grieving club as I now was.

Anger was one of the things I saw talked about the most. Anger and frustration most didn’t feel comfortable feeling, let alone expressing to those around them. I felt vindicated knowing I wasn’t alone but also at a loss for what to do next.

My anger manifested in an abject form of isolation. I pushed a lot of people away. I cut others off. I wasn’t vaguely interested in making any new friends. Most of it felt warranted at the time. Other parts were grief and sadness with nowhere else to go. My rage helped me to feel connected to my friend. If I wasn’t seething about the sucky hand I had been dealt, who was I? And if I did disconnect from it, would it mean disconnecting from Precious and forgetting her? The fear of that kept me locked into being mad and perpetually ruminating on all the ways I had been wronged.

It was stumbling upon a tweet that finally caused something to break and shift. The tweet was from psychotherapist and grief counselor Megan Devine and contained a graphic with words from her book It’s OK That You’re Not OK. They read:

The reality of anger never gets any airtime in our culture.
Anger is a response to a sense of injustice. Of course you’re angry; whatever has happened to you is unjust.
Anger, allowed expression, is simply energy.
Shown respect and given room, anger tells a story of love and connection and longing for what is lost.
Contrary to pop psychology and the medical model, anger is healthy, normal, and necessary.

“Your anger surrounding your loss is welcome,” Devine wrote in the tweet. “It’s healthy. It’s not something to rush through so you can be more ‘evolved’ or acceptable to the people around you.”

I remember crying when I read those words. I felt seen in a way that I had yet to feel aside from my scrolling on bereavement message boards and grief websites. But I also felt this levity that I could accept my anger as a by-product of loss. I had every right to be angry about losing Precious and all the things I had lost as a result of her death. What human wouldn’t be mad about having to scramble to feel some sort of normalcy when their sense of groundedness is taken from underneath them so tragically?

My anger was OK. It was not some black sheep of the heart making me a shameful person. How I had been coping with grief was the best way I knew how.

Almost eight months after Precious died, I found a therapist. Having the support of a licensed professional eased a lot of my anxieties but also gave me a new perspective on viewing how angry I had been. Grief, loss, and death affects everyone differently. For me, I channeled all my feeling into rage because it made me feel more in control to cut people off, push others away, and isolate as a form of self-protection. Anger had been my way of feeling less of a mess in unthinkable, devastating circumstances.

Looking back, as I approach the second year I celebrate Precious’ birthday after her death, I see my anger now as purposeful. It was my process of getting to the heart of how loss affected me on a deep soul level. And I’d encourage anyone grieving to open themselves up to feeling the anger and befriending it. Not shying away from how strong it may be when it is expressed. Anger, like so many emotions, has something to teach us. And if you’re like me, feeling your ire just may facilitate in your healing.