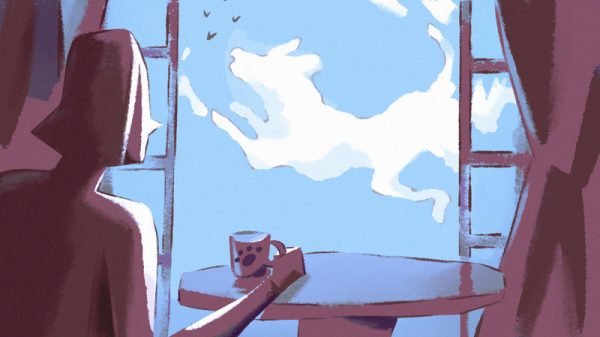 The notion of dog years stems from the common belief that one year for a dog equals seven years for a human. Although canine aging is more nuanced than a simple formula, any dog lover knows that dogs’ lives pass far too quickly.

Even so, America’s 70 million dogs, like their human companions, are living longer, on average, because of better medical care and nutrition. Caring for elderly dogs can be heart-wrenching. Many pet owners struggle to understand when to pursue aggressive care and when to stop and help a beloved pet pass on.

“Older patients are the biggest challenge veterinarians face,” says Dr. Alicia Karas, an assistant professor of veterinary medicine at Tufts University. She argues for a holistic approach to older dogs, saying that “too often we focus on the affected body part or the results of an X-ray, not how an animal walks into the exam room.”

Pain tops the list of common health concerns for older dogs, with causes ranging from the routine, such as arthritis, to the more serious, such as cancer. As in humans, pain management can be complicated by other conditions. A dog with weak kidneys, for instance, may not be able to take common medicines like ibuprofen.

The benefits of a good rehabilitation program can be far-reaching. Older dogs may not make it outside for long walks, says Karas, but with rehabilitation, “three times a week the dog gets out and sees people who pet and love him.”

Older dogs, like their aging owners, may experience memory loss. “When we work up a pet for urinating in the house, we tend to focus on the kidneys, bladder and endocrine reasons,” she says. But it may be a case of “simply forgetting to go to the bathroom,” she explains. Anxiety is closely linked to impaired memory, and even minor changes in the household can be hard on older dogs.

While specialized care may seem ideal, Dr. Stephen Steep, a veterinarian in Oxford, Mich., tries to present a menu of options and to set realistic expectations of what can and can’t be done. “Here are some things you can do. If cost is not an issue, this is an option,” he says. “Here is another less aggressive option.” But the pet’s comfort is paramount, and Steep says he always considers whether or not a particular decision will improve quality of life.

When it comes to end-of-life discussions, Steep recognizes they’re inherently difficult. He likes to start with open-ended questions, noting that many owners aren’t aware of subtle changes. “How is your dog’s appetite?” he asks. “Is your dog sleeping through the night? How is he doing on long walks?”

Although Steep believes most owners understand there is a limit to their pet’s life, he feels people don’t always realize how old their pets really are. He tries to help them accept aging as a normal process, not a disease.

“People want to have dog pass away at home in their sleep, but that is rarely the case,” Steep says. “You get into a situation where the pet cannot go outside to urinate or defecate. He may be gasping for air due to heart failure or incapacitated due to memory loss.”

Still, some people just can’t let go. When Steep gets the sense that someone is pushing too hard, he tries to emphasize the pet’s comfort. “I’ll pull them into clinical activities like checking heart rates, monitoring water intake, to try and open their eyes,” Steep explains.

Most owners come to the realization that their dog is at the end of its life.

Although Karas recognizes the moral distress created by end-of-life decisions, she acknowledges the importance of euthanasia. “When I have no other options, I have a tool to alleviate suffering.”

When Andrew Shepherd’s 14-year-old English setter, Madison, developed seizures, he focused on maintaining her quality of life. Given her age and the lack of any obvious discomfort, Shepherd decided against an extensive work-up and instead focused on the dog’s symptoms, a decision their veterinarian supported.

During the following months, the seizures become more frequent, lasted longer and the dog appeared to be in pain. “She would yelp,” Shepherd recalls. “It was clearly not a pleasant experience.”

One day Madison suffered a protracted seizure while traveling in the back seat of Shepherd’s car. For him, this was the tipping point. “We couldn’t sacrifice her quality of life just to keep her around,” Shepherd explains. After that, it was about selecting the right moment to let Madison go.

Their final night together was a celebration of Madison’s life. The family comforted their dog, took pictures, shared their favorite Madison stories and made a list of all the nicknames they had for her.

Shepherd recalls crying as he took Madison to the veterinarian’s office for the last time. “Normally she hated going to the vet, but this time she didn’t fight at all,” he says. “She knew it was time.”