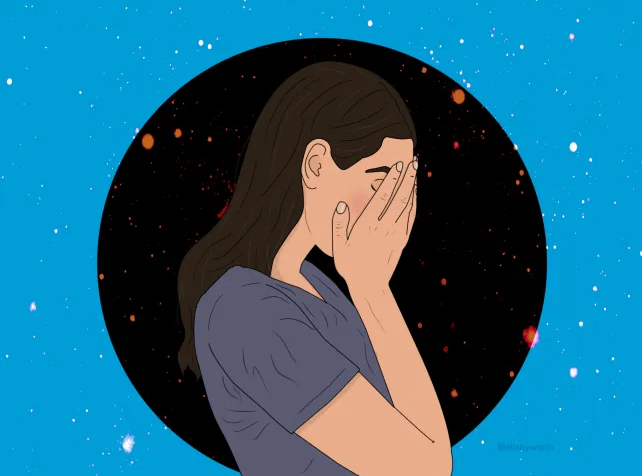 When doctors tell you that your child has cancer, your world stops.

In January 2015, my then 17-year-old son, Connor, was diagnosed with T-lymphoblastic lymphoma, an aggressive form of non-Hodgkins. At first I went into a state of complete shock and disbelief. All I could do was cry. However, once the medical professionals told us that there was a high chance of the illness being cured, hope set in.

Being a ‘fixer’ by nature I clicked into the best coping mechanism I know – trying to sort out the problem, but of course illness doesn’t work that way. The prognosis was positive and treatment began, in the form of chemotherapy.

At the time, I didn’t notice anything else going on in the world. I have a vague recollection that people were very supportive, with acquaintances coming up to me in the local shop asking ‘How’s Connor doing? We are thinking of you all’ – but that’s it. All I was focused on was getting my boy better.

In September that same year, he was due for routine blood tests, but had come home from the hospital for a few days and was staying at his dad’s. When I went to collect Connor, I arrived to find him nearly unconscious on his bed. He was bleeding out of everywhere, so we drove straight to the hospital.

I was so frightened, my anxiety was in overdrive. I knew something was very wrong, and called his dad, who joined us in the hospital.

That was the day we were told that Connor’s cancer was terminal.

The medical staff took us to one side and said that we didn’t have that long left with him. I was in shock, I couldn’t believe it – it wouldn’t sink in. A small amount of radiation therapy was given nearer the end of his life, but the tumours had grown near vital organs and radiation couldn’t be accurately targeted without causing further damage.

As mums, we are innately driven to protect our children but I couldn’t keep Connor safe or make him better. I felt like I had failed my son.

Less than a year after his diagnosis, in October 2015, when he was just 18 years old, Connor died from his cancer. Days before it happened, he told me that he was only holding on for everyone else – so I told him that it was OK to let go.

His body slowly gave up, and bit by bit his organs started to shut down before he finally took his last breath in front of us. There are no words to fully encapsulate how this feels; how watching the life you gave to someone leave before their time.

Partially, I felt relief – Connor had been suffering – but the rest of me was exhausted, broken and numb. Death is difficult for anyone, but when your child dies, the pain is insurmountable.

For the first few weeks, all I could do was sleep. I didn’t go out for a long time, I couldn’t walk in a world where everyone else was still carrying on as normal. And when I did, the well-wishers in the community steered clear of me or stared with pity and concern.

Old work colleagues who would have usually said hello, crossed the road and avoided eye contact. Others would brave a fleeting ‘I’m so sorry’ and walk off. I tried to go back to work quite soon after Connor had died. I needed a distraction – but I was told to go home, because they didn’t want to deal with me.

A few weeks after his death, family members began to accuse me of being selfish because ‘everyone has problems’ and told me to ‘stop moping around’. Friends, who couldn’t stomach being in my company for more than 10 minutes at a time stopped contact all together. I felt like a leper.

Was I difficult to be around? Absolutely. I’d watched my only son die in front of me. I was sad and depressed, and so angry at the world. I also experienced significant PTSD symptoms of flashbacks, invasive memories, anxiety, vivid recurring dreams and sleeping difficulties – it took years for this to stop.

Perhaps that’s why people started treating me differently or avoided talking about Connor, but all I needed was for them to be there. Sometimes, just sitting in silence is enough. You can’t fix this, and neither can I.

Throughout the pandemic, my personal experience of loss has been at the fore.

When Connor was sick, I was able to be there; holding him, supporting him, taking him home or out for the day. He was allowed visitors and hundreds of people attended his funeral. Coronavirus has changed all of those factors and has left families even more devastated.

Parents can no longer hug their child who may be ill from Covid-19, they cannot comfort them nor receive the physical and emotional support from others in the same way we would have previously.

The Government needs to invest in charities and agencies that complete the value support work, such as Sue Ryder (and other hospices), Winston Wish and specific therapeutic bereavement support.

Many of these organisations receive very little, if any, finances from the Government – yet they are needed the most, particularly now.

If you know someone who has lost a child, give them time, understanding and patience – grieving can take years to cope with at the best of times. Do not ever stop them talking about their dead children. They would never stop you talking about your living children.

A bereaved parent needs to know that their child’s life mattered, that they won’t be forgotten. I still celebrate Connor’s birthdays and imagine what he would have been like.

There were a handful of people who showed themselves, who did not shy away, who embraced me and my daughter, Connor’s sister, while struggling with their own loss. And, of course, the professionals who allowed me the space to grieve.

I also turned to other avenues, such as running. The gratitude I have for being able to put one foot in front of the other and to be in the great outdoors has been a massive help in moving me through my pain. I have also completed the first year of my master’s degree in applied positive psychology and have found it life-changing.

Above all, my daughter is my inspiration for life – she is an amazing young woman. Our relationship has always been strong but we have been brought closer together since Connor has died.

English language doesn’t have a word for bereaved parents or bereaved siblings, like they do for those who have lost a spouse, or both parents.

It’s almost as if our forefathers made an active choice for us to not talk about the death of a child. Their name, their life, their death becomes a bad word – one that should be left unspoken.

But I will never stop talking about my son. I will keep telling stories about Connor to keep him alive in my heart and mind, forever.