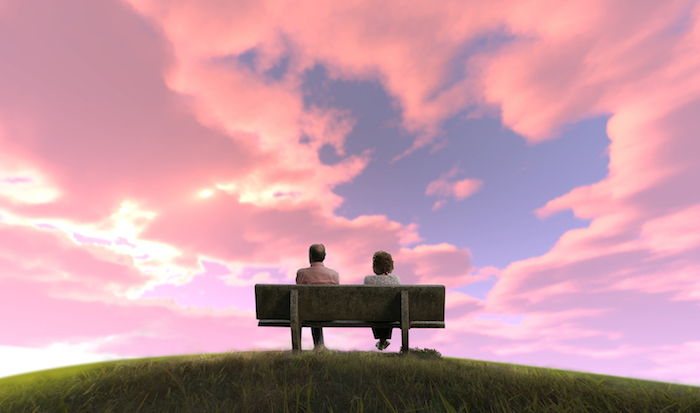 Pam Munro made the last days of her life public because she wanted people to know they could choose how and when they die, as she did.

The 62-year-old Blaine woman died July 17 – at home and surrounded by family and friends, 12 days after she voluntarily stopped eating and drinking instead of waiting to lose her mind and dignity to Alzheimer’s disease.

Bellingham resident Phyllis Shacter has been fulfilling the promise she made to her late husband, Alan Alberts, that she would share his decision to end his life by voluntarily stopping eating and drinking, or VSED, rather than entering the late stages of Alzheimer’s.

“How we die and what we say we want at our death is extremely important,” Shacter said, adding that Alberts died peacefully and consciously. “I want to have a good death. Who doesn’t?”

Both Munro and Alberts stopped drinking and eating when they still were mentally competent to do so. For those who choose this final exit, death usually occurs within one to three weeks.

People die from the effects of dehydration, which shuts down their kidneys and sends them into a coma, before they do from starvation.

In an interview in the days before her death, Munro said that reading a story in The Bellingham Herald about Alberts’ decision and hearing a talk Shacter gave about it – both occurred in September 2015 – made her decide that was how she would die.

Munro wanted to remind others who were ill of that choice, while they still had the ability to make it.

Her husband, Steve Munro, 66, said in an interview on Sept. 26: “I understood her fears. She didn’t want to be a vegetable, not know who people were.

“My job as a husband was to support what she wanted to do,” he added. “It wasn’t my choice. It was her choice.”

Deciding to hasten death by refusing to take food and liquids will be discussed at two events this month.

The first is on Oct. 14-15, at Seattle University School of Law. It is believed to be the first national conference on VSED, and it will delve into legal, ethical, religious and other considerations around the topic.

The second is Oct. 28 in Bellingham, when VSED will be discussed as an option at the end of life.

Shacter will speak at both events.

Alberts’ and Pam Munro’s decisions to go public with their choices are helping to bring greater attention to VSED as an end-of-life option, including for those who are terminally ill but don’t qualify for Washington state’s Death with Dignity measure, or don’t live in one of the five states that allow it.

Washington state’s law went into effect in March 2009. It allows terminally ill adults who have been told by their doctors that they have six months or less to live to ask for a prescription for lethal doses of medication.

Patients making the request must be mentally competent, must ask twice verbally and again in writing, and must be able to take the medication themselves. They can rescind their request at any time, and they must reside in Washington state.

The decision to forgo food and water has been recognized by courts, as long as the person making the decision is competent at the time.

Even though it’s an option in all 50 states, VSED hasn’t received as much attention as the hot-button topic of Death with Dignity.

But that is shifting, according to Thaddeus Pope, a law professor and bioethicist who has delved into legal and ethical aspects of VSED and is a proponent.

He will be speaking at the VSED conference in Seattle. Meanwhile, End of Life Washington is assembling a team of people who will focus on it. The Seattle-based organization helps people plan for the last days of their lives.

Certain Death with Dignity requirements prevent people with Alzheimer’s and other forms of dementia from using the law when they enter the advanced stages.

Alzheimer’s attacks the brain. It is a progressive, irreversible neurological disorder that is the most common form of dementia. Most victims are older than 65, but Alzheimer’s can strike in the 40s or 50s.

Symptoms include gradual memory loss, impaired judgment, disorientation, personality change, difficulty in learning and loss of language skills. There’s no cure, though treatment can temporarily slow the worsening of symptoms. At the end, those with Alzheimer’s have to depend on others to take care of all their daily needs.

It is the sixth leading cause of death in the U.S., and people with Alzheimer’s live an average of eight years after their symptoms become noticeable to others. But survival can range from four to 20 years, according to the Alzheimer’s Association.

More than 5 million Americans have Alzheimer’s and that number is expected to skyrocket to as many as 16 million in 2050.

A window of time

VSED isn’t without controversy. Not everyone in Pam Munro’s family supported her decision, and some believe that hastening death this way is suicide.

Patients must be mentally competent, or in their right mind, to forgo food and drink. They must be able to indicate that they know doing so will lead to death, as Pam Munro did in written statements that were part of the documents she filled out as she planned for the end of her life.

Timing is important. People who choose it don’t want to start and die too soon. But if they wait into the advanced stages, dementia might make them forget that is what they wanted for themselves when their lives became unbearable.

“That window was getting smaller and smaller. Her Alzheimer’s was progressing quickly,” said Ashley Benem, a Bellingham death midwife who was helping guide and monitor Pam Munro in the last months of her life.

When Pam Munro was ready, she started eating less and then moved into a juice-only fast. Because of her Alzheimer’s she didn’t have much appetite anyway. A friend made her her last meal, a green smoothie. She stayed hydrated until the day she started VSED.

She had medical support from her doctor, who gave her a prescription for medication for pain and anxiety should she need it. She received foot massages and back rubs, spritzes of water to help relieve dry mouth, and a rotating shift of friends and family to be with her as she waited to die the way she wanted.