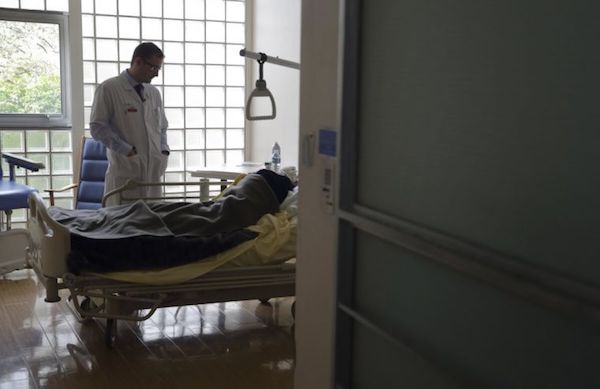 When my 91-year-old father returned from the hospital after a bout of pneumonia and was readmitted scarcely a week later, his doctor suggested that hospice care was probably a good idea. He was extremely frail and barely able to walk. His overall health wasn’t improving.

Like most people eyeing hospice care as the end stage of medical intervention, I was reluctant to make that decision. What if he could get better? Wasn’t hospice only for people with a few weeks — or days — to live? Was I being unrealistic about his condition?

Such questions often torment families. It’s one of the most difficult health care decisions you’ll make because of hospice’s astounding recognition of mortality. According to the Centers for Disease Control and Prevention (CDC), hospice care involves more than 1.3 million patients and 4,000 agencies — most of them private — but it’s still not well-understood and often offered much too late.

Medicare pays for hospice care for people who are terminally ill, “with a life expectancy of six months or less, if the illness has run its normal course,” according to Medicare.gov. While that definition sounds muddled — many could live for only a few days or several years — it’s a different philosophy of care. It’s rare that hospice patients survive for half a year. The average hospice from 2011 through 2016 was 71 days or about 2 1/2 months, according for the Center for Medicare and Medicare Services.

Medicare defines hospice care as a “specially trained team of professionals and caregivers providing care for the ‘whole person,’ including physical, emotional, social and spiritual needs.”

At the core of hospice is palliative care — making the patient feel as comfortable as possible and not directly treating an illness. Medicare offers hospice through its Part A, but a patient must be certified by both a regular and hospice doctor that he or she has only six or fewer months to live. You still pay your regular Medicare Part A and B premiums, plus $5 co-payments for prescription drugs. (Note: Medicare supplemental policies can cover co-payments, depending upon the plan).

The major difference between hospice care and conventional treatment is no longer isolating and treating specific causes of health issues. “The biggest myth of hospice care is that you have to relinquish all treatments,” says Ruth Finkelstein, executive director of the Brookdale Center for Healthy Aging at Hunter College and the City University of New York (CUNY). “You’re only relinquishing ‘further extreme measures’ such as another course of chemotherapy.”

While hospice care can be offered in facilities, it’s generally given in the home and includes counseling, drugs and equipment like hospital beds. There’s also support and counseling for the family.

But the biggest barrier with hospice isn’t its end-of-life focus, it’s the fact that most patients and families choose it too late, says Finkelstein. Relieving pain — the centerpiece of palliative care — should be considered earlier rather than later in the process. And you don’t have to be terminally ill to receive it.

“The time for palliative care is anytime,” says Finkelstein. “Look at the situation from the patient’s and family’s point of view. Anytime something serious is happening [with pain management]: How do you want to handle it? You can employ a ‘pain team.’”

After weighing what hospice care entailed, I enrolled my father with a local hospice care provider. The paperwork was simple: three Medicare authorization forms. While it hardly put my mind at ease over his state, I knew he would receive care that focused on day-to-day comfort instead of endless treatments and tests.

I sat down with the hospice provider and the care manager of his senior living center to discuss what hospice meant in practical terms. When would narcotics be administered? What happened beyond the six-month Medicare limit for coverage? Would I have some control over the kind of care offered?

Since I had health care power of attorney and my dad had dementia, I would be consulted on his care. He could qualify for more benefits if his conditions improved, which happens in a handful of cases. That was somewhat reassuring. Focusing on his comfort, the hospice company ordered a hospital bed to reduce the incidence of bed sores. They also increased his nurse visits and monitored his painkillers.

No heroic medical measures would be offered, though, which is hard for most families to accept. The hospice providers were trying to make my father feel as comfortable as possible and add a measure of peace to his life, which had been marked by a series of diagnostics for maladies that couldn’t be cured under ordinary means. He’d still be given antibiotics for frequent urinary tract infections, which are common in older people, but he wouldn’t be shipped off to the hospital at the first sign of trouble.

The decision to enter into hospice care is painful. How can a family best approach it?

Try to get everyone on the same page. Evaluate the prospects of a loved one getting better with conventional treatments compared to the suffering that extensive medical care will entail. Does the person have multiple chronic conditions? Is the person gravely ill?

Sit down with a hospice provider, who can be recommended by a doctor, hospital or long-term care facility, and ask how the provider would respond to specific situations. If you’re searching for a hospice provider on your own, you can obtain a referral from Medicare (800-633-4227) or at Medicare.gov/hospicecompare. You’ll want to make your selection carefully; a new Government Accounting Office study of the Medicare hospice program found that “hospices do not always provide needed services to beneficiaries and sometimes provide poor quality care. In some cases, hospices were not able to effectively manage symptoms or medications, leaving beneficiaries in unnecessary pain for many days.”

Ask the provider staffers under what conditions they take a person to the hospital. What drugs will they use to relieve pain and how often? How do they handle overall management of care?

Hospice is less about what we think modern medicine should do and more about finding a small sense of serenity in one’s final moments. It may be little consolation to most families, but it’s a more compassionate approach that can strive to ease suffering.