Not my death, but that of my wife’s sister, who early this year entered her fourth year of living with the dark and vicious stranger called ovarian cancer. It is cellular evil, a parasitic wanderer that will invade more than 22,000 women this year, while killing more than 15,000 previously diagnosed women, including Leslie. Worse, the American Cancer Society reports that the mortality rate for ovarian cancer has not improved in 40 years. 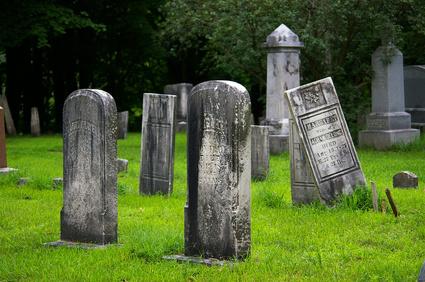 No one expected Leslie to last this long after — several weeks ago — her excellent oncologist abandoned the idea of dreaming up exotic defenses and sent her home to await the inevitable.

But three weeks after my wife flew up here to be with her and most of a week after I joined her, Leslie continues to be in a hospital bed in her home and to be tended to by family, by visiting nurses and by hospice workers.

When her eyes are open, I can see in them resignation, then her usual mirth and then what sometimes looks to me like terror. I don’t really know if it is terror, however. Leslie hardly speaks any more, and when she did speak, I heard no terror in her tone or words. So maybe I’m simply imagining it. Maybe the terror is in me as I look at her frail, jaundiced body.

What I am not imagining, however — what, in fact, is brutally clear to me — is that death arrives not on our schedule, but on its own. It will not be hurried, this thief, and yet neither will it be delayed by our hopes, our longings, all our spoken and unspoken prayers and dreams and demands tossed at God.

Death came for my nephew in a luminous flash of vindictive explosiveness the morning of Sept. 11, 2001, as he occupied seat 20-J of American Airlines Flight 11 from Boston to Los Angeles, with a permanent detour to the World Trade Center in New York.

No one was prepared for that. No one wanted death then.

No one was prepared for the death of Leslie’s own mother when Janet was just 47, either. But a cerebral hemorrhage brought her down in a matter of a few blindingly astonishing hours. So when Leslie turned 47, she could hardly wait to be 48 and not repeat her mother’s terrible fate.

Now, by contrast, every member of Leslie’s big family has become accommodated to death’s impending arrival. So we simply wait by her bedside or feed ourselves or work in the yard or tend to Leslie’s two infant grandchildren, Evie and Jack, or read or take walks or check our email or pray or hug each other.

And yet death keeps its own stealthy schedule, so the homily I’ve prepared at Leslie’s request to give at her funeral remains unspoken.

And our lives tread water.

It is only our foolish arrogance that lets us think otherwise.

My head knows all that. But my heart rebels, wanting what I imagine is best for Leslie to happen now and not later.

Author’s note: Leslie died the evening of July 9. And we are impoverished by her absence.