& Why We Need To Discuss Them 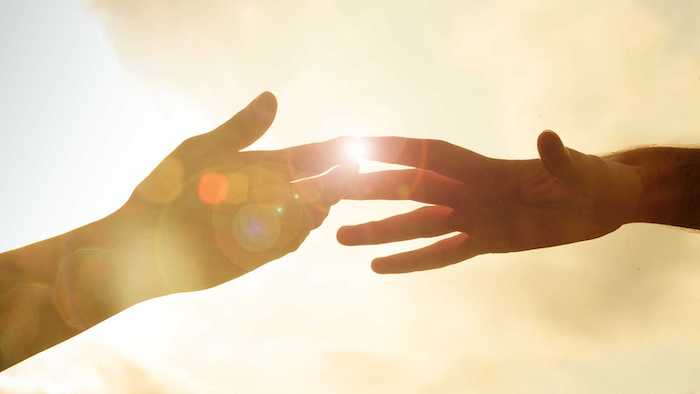 As an end-of-life therapist and researcher, I have long known that American culture has an uneasy relationship with death. We have been taught to “fear” death and dying. Fitness regimens, diets, and cosmetic procedures tout themselves as being able to “turn back the clock.” Medicine is even more uncomfortable with life’s end: Beating death is often presented as the ultimate goal. Aggressive measures to prolong life are viewed as a testament to our love for another person.

This relentless effort to fend off death is confounding when one considers that opinion polls consistently find that the majority of Americans believe in a benevolent afterlife. It would appear that the public interest in the mysteries that surround life’s end is far more extensive than our institutions would suggest.

Much of my work centers on the transition from life to death, specifically “shared death experiences” where the living report a connection with the deceased around the time of their death. I’ve overwhelmingly found that this connection involves a clear sense that their loved one has moved on to a better place. In more than 50% of the cases that I have studied, experiencers even report accompanying their friend or loved one part way on their journey out of earthly life.

Knowledge of this transition space is an open secret in palliative and hospice care. We know that many terminally ill patients also report being aware of or seeing deceased family members, friends, and even pets, in the room with them, coming to help usher them out of this world. Some shared death experiencers also see or sense these figures as well.

Yet, again and again, shared death experiencers tell me that they feel uneasy discussing this subject with their health care and spiritual care providers. Their concern is valid, as one study found that 80% of patients who had sensed the presence of a deceased and shared it with their therapist felt dissatisfied with their counselors’ responses. They either did not feel understood, or they felt dismissed.

It wasn’t always this way.

One of the earliest written works on end-of-life care is the medieval text Ars Moriendi or “Art of Dying,” which was utilized in Catholic monasteries in Europe. Not only does it contain information on prayers, music, and pain remedies, as well as guidance on managing mental and emotional distress among the dying, but it is surprisingly ecumenical, drawing guidance from Catholic, Celtic, Jewish, and even Islamic traditions. Its underlying message is that dying is a spiritual experience and that it is possible to die well and be comforted. However, in our own era, there has been a strong reluctance to discuss what makes a good death or to openly explore what happens to us when we die.

In our own era, there has been a strong reluctance to discuss what makes a good death.

Speaking of her own shared death experience, Stephanie, a woman in Washington, D.C., whose husband died of aggressive cancer, recalled traveling with him into an incredibly bright, white light. She said, “There was no pain, no hurt. It was peaceful,” adding, “It felt as if I were going back to something I already knew.” But her own clergy shut down any conversation, and “that deflated me terribly,” she said. Finally, an oncologist told her that he’d had a similar experience. He told her this, however, after closing the office door and stating he would never share his experience with anyone else.

I believe that these hushed discussions could be the very things we need to help both the dying and the bereaved. Listening to and examining stories of individuals who have had shared death experiences can offer us another framework in which to process and accept death.

Consider the story of Carl, a California man whose father died of heart failure in Massachusetts. He experienced an overpowering sensation of being next to his father, saying “I could feel it in my bones and my cells that my dad was there with me.” While the experience did not end his grief, it changed his perspective. “I miss my dad,” he told me, adding, “and I wish I could call him up and be with him and spend time with him. I grieved and was sad, but it doesn’t feel like a tragedy. It feels like he is in the place he needs to be.”

Indeed, of the nearly 1,000 cases I have studied, 87% of the people interviewed report that their experience has convinced them that there is a benevolent afterlife. Nearly 70% said their shared death experience has positively affected their grief, and more than 50% said that it has removed their own fears around death and dying.

In the last two years, the pandemic has resulted in a wave of death among people we know and love. Perhaps now, together, we can start a new conversation—one that is willing to include the voices of shared death experiencers. With their heartwarming stories, we may be able to transform our relationship with death from one of resistance and fear to that of acceptance, ease, and wonder of this great mystery that we will all one day embark on.